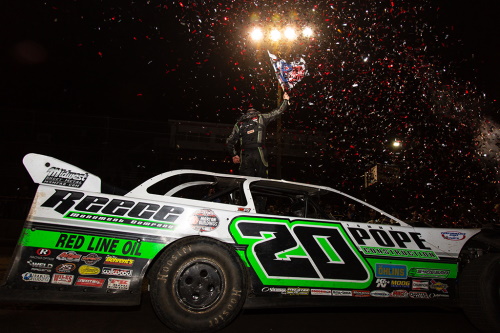 “It’s awesome, I’ve never come out of Speedweeks with any kind of confidence. Being in the top ten and a couple top-5s is like ‘whoo-hoo’ for us. To come down here and win like this… we’re making confident decisions in our team, we’re putting our heads together and we’re just jiving well,” Owens said.

He may not have been as dominant at Volusia as he was a year ago, but Sheppard was indeed the rightful champion for his consistency all week. And what a Florida-Georgia Speedweeks he’s had overall, winning five races across two Florida tracks and earning several other top-fives. It does the Rocket1 Racing team good to know of their accomplishments as they head back home in preparation for next month’s Series races in Tennessee.

“We’re still leaving on a good note, even though we didn’t win,” Sheppard said. “Our confidence is up high and we’re looking forward to getting the year rolling.”

“The start to our year has been so good, can’t say enough about it, really. It’s been unreal. We’ve got five wins in Speedweeks, and it’s just been unreal, honestly. It’s probably not going to sink in for a while because it’s been so good.”

As for Saturday night’s 50-lap DIRTcar Nationals finale, DIRTcar UMP Modified regular Kyle Strickler kicked things off with the early lead, which he quickly surrendered to Darrell Lanigan on lap two and faded back to fifth. Lanigan led until a hard-charging Jonathan Davenport gave him a great run down low to swipe the spot away as they crossed the stripe to complete lap eight.

The two battled back-and-forth for the next few circuits, swapping the lead a few times until the race’s first caution flag waved on lap 10, where Davenport brought it down pit road and did not return to racing – an apparent internal failure.

Owens entered the picture after the restart, driving around Kyle Bronson on the top for the runner-up spot at the line. Bronson would battle back though, regaining the spot on lap 12 and coming after the leader.

Bronson shot past Lanigan on the top side for the lead on lap 16 and led for the greater portion of the contest. Meanwhile, Owens kept it inside the top-three and made a great power move underneath Darrell Lanigan on a lap-25 restart to take second.

Bronson paraded the field around for the next several laps on his usual high line but was soon slowed up enough for Owens to close the gap in lapped traffic. Into Turn 3 they raced with 11 laps left as Owens drove it high off the fourth turn and stole the lead.

Bronson said tire wear may have played a factor in his car’s performance in the waning circuits.

“We just got bottled up behind them lapped cars there and got to where I had pushed the right-front tire off and couldn’t steer anymore. I believe them guys had a little bit harder tire on than we did, and it just gave up on us,” he said.

As he paced behind Bronson under yellow before the final restart, Owens said he knew the chance to catch and pass the #40B was there, he just needed some patience.

“I know he was running pretty hard and pretty aggressive there,” Owens said. “But he was good, he was fast, and I thought I’m just going to calm down and just pace myself, maybe he’ll come to me. He got out there a little bit but then I just slowly started reeling him in and it paid off.”

As The O-Show crossed the stripe to collect his third-straight Morton Buildings Feature win, Ricky Weiss had just completed his drive back to the podium after starting third. He had slipped way back to as far as ninth at one point before getting back up on the wheel to regain the lost ground. Using the yellows to his advantage, the 2019 Rookie of the Year turned it into a positive end to his 2020 DIRTcar Nationals campaign.

Bronson crossed the stripe in third, and Lanigan fended off Sheppard for fourth in the latter half of the race to become one of only a few drivers to record top-10 finishes in each of the Late Model week shows. Sheppard also completed the top-five as another driver without a finish of 11th or worse all week.

“We left on a good note,” Sheppard said. “We started 11th tonight and got up through there. I thought we were in contention there for a little bit and then the caution came out. I had a bad restart, but our car was a lot better in slick conditions than we had seen it in the past couple nights.”

With another edition of the DIRTcar Nationals now in the history books, the Outlaws turn their attention to Tennessee – Duck River Raceway Park on March 6 and Smoky Mountain Speedway’s Tennessee Tipoff on March 7.

Farmer City Raceway’s Illini 100 is the next marquee event on the World of Outlaws schedule, get your tickets today for one of Illinois’ most storied Dirt Late Model races!

If you can’t wait until March to see more great Dirt Late Model racing, get your fix of the Southeast’s best drivers in action at Modoc Raceway in just two weeks’ time as the inaugural Drydene Xtreme DIRTcar Series gets set to crown a champion and hand out the $20,000 championship points fund check!

Or, if you can’t make it to the tracks, catch all the action live with a Fast Pass subscription to DIRTVision presented by Drydene! 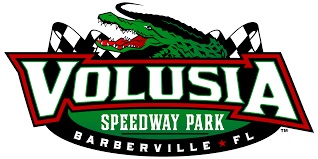