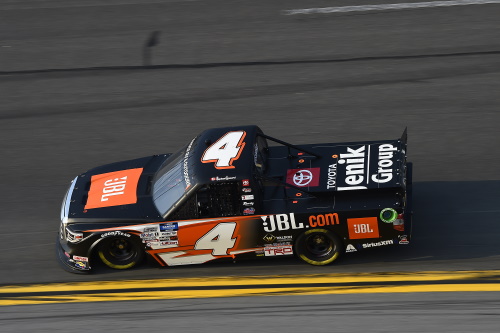 Daytona, FL (February 16, 2020) – After rain delayed the NASCAR Gander RV & Outdoors Truck Series opener at Daytona International Speedway, Raphael Lessard finished 20th, despite a strong run in the No. 4 JBL Tundra. In the final stage, the young driver was running near the front of the pack when he got loose and nearly spun, but was able to save it. Then the No. 4 was caught in the late race chaos and sustained damage, relegating him to a 20th-place finish.

In two practice sessions on Thursday, Lessard turned his very first laps at the World Center of Racing, and posted the 25th-fastest and ninth-fastest laps. On Friday afternoon, Lessard earned the eighth starting spot during one lap of qualifying.

Lessard ran in the top-10 for most of the event, but with less than 10 laps to go, lost control of his Tundra in the pack, but made a great save. Then as the field came to the checkered flag, another wreck collected the No. 4 and after repairs, Lessard finished 20t 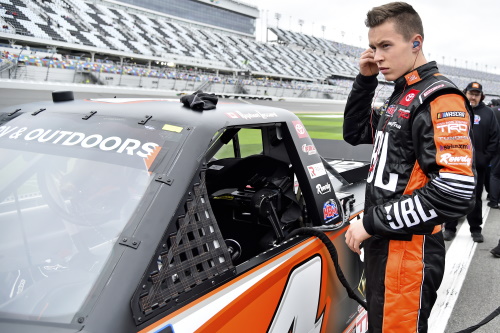 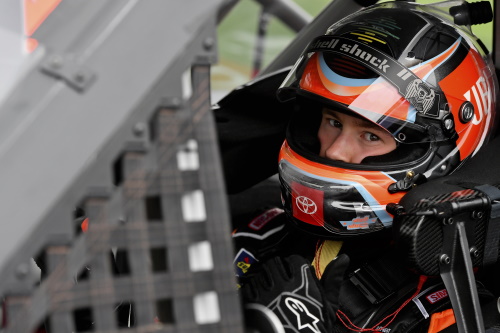 Raphael Lessard, driver of the No. 4 JBL Tundra for Kyle Busch Motorsports:

Talk about your race.

“We had a really good race. I feel like my JBL Tundra was one of the best out there. I could help anyone out there when I was second in line. I could get them to the lead pretty easy. It seemed like as soon as I would get someone to the lead and be by myself, the first one in line, nobody would help me. I guess it’s part of being a rookie, but it is what it is. I feel like we did a heck of a job. We ran in the lead pack the whole race and had some stage points until the last stage. We were right there for third or second place, I think, the top-three, I feel like. I did a heck of a save when we could have totaled the truck. It is what it is and I can’t thank everyone enough at JBL, Toyota, Kyle Busch Motorsports, (crew chief) Mike Hillman Jr., and my spotter Tony Raines. We’ll move on Las Vegas and get better. 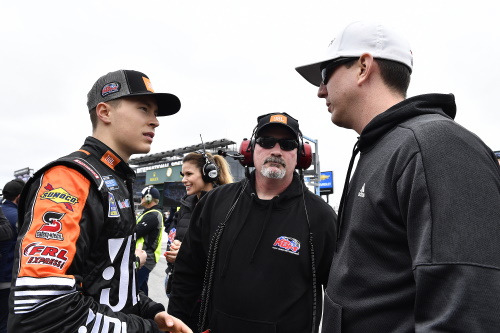 Raphael Lessard is ranked 20th, 29 points behind the leader in NASCAR Gander RV & Outdoors Truck Series standings with one race in the books.