Note: NHRA elected to run an abbreviated schedule with just one qualifying session on Saturday due to persistent rain showers earlier in the day 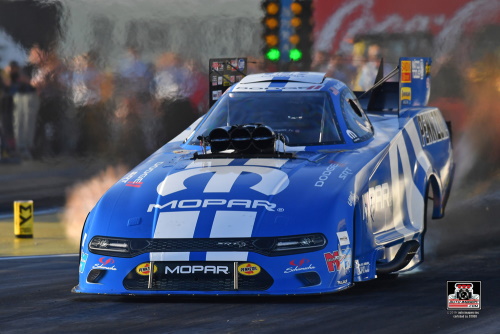 CHANDLER, Ariz. (February 22, 2020) – For the third event in a row, and the second time in 2020, defending NHRA Arizona Nationals Funny Car event champion Matt Hagan will start race day from the No. 1 position. Hagan paced the field when he powered the Mopar Dodge Charger SRT Hellcat to a 3.859 E.T. during Friday’s second qualifying session. The run held strong throughout Saturday’s sole qualifying round, and earned the speedster his 38th No. 1 qualifier overall, and second at Wild Horse Pass Motorsports Park.

“We’ve got a really great race car,” said Hagan, who kicked off his 2020 season by clinching the Funny Car pole at the NHRA Winternationals two weeks ago. “This Mopar Dodge Charger SRT Hellcat is driving well, it’s handling well; it gets up on the tire easily. It’s really been performing.

“With this being my 38th No. 1 qualifier, I passed Tony Pedregon on the list, and I’ve got so much respect for him,” added Hagan, whose 38 No. 1 qualifier awards ranks him fifth (tied with Kenny Bernstein) among the Funny Car category. “He’s a real wheelman, and I’ve always looked up to him.”

Hagan is looking to extend his Wild Horse Pass Motorsports Park win count to four and will begin his quest for his 34th Funny Car triumph by squaring off against No. 16 qualifier Jeff Diehl in round one of eliminations on Sunday morning. With crew chief Dickie Venables in his corner, Hagan is confident in his team’s chances to go back-to-back and claim their second consecutive Arizona Nationals Wally trophy.

“Dickie won a championship with Tony Pedregon; he won a championship with me. He’s just one of those guys that will rise to the occasion. I know when I’m strapped in the car, and the conditions are right, he can really throw down. Having Dickie in your corner is like an Ace up your sleeve, and my guys are doing such a great job wrenching on the car. All in all, just really excited about tomorrow. Supposed to have great weather, it should be a great race day, and I’m ready to get after it.”

The Competition: No. 16 Jeff Diehl 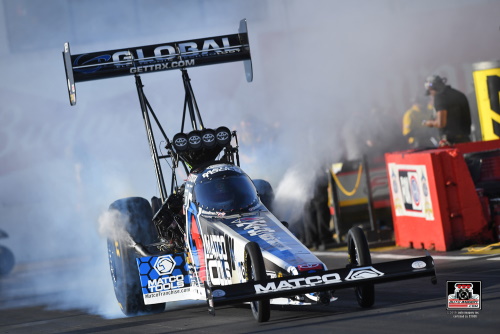 The Competition: No. 4 Terry McMillen

Quotable:
“After Q3, the final round, it’s not what we expected, but we’re in the show tomorrow. Tomorrow’s going to have really good track conditions, but we really wanted that run to step up. We’ve got a couple of little things going on here, but all my confidence in the world is in my crew, my team. We’ll get it right. Race day is tomorrow; we’ll keep our head down, get past that first round, and see what we can make of it. I’m feeling good right now, the track’s going to be really good tomorrow, so we’ve got to keep on working and step it up, and hopefully, we don’t have a gremlin that bites us to where it drops the hole when we step in the throttle. If it does that, we’ll shut it off and live to play another day.” 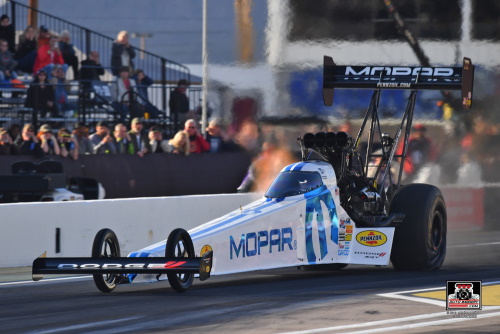 The Competition: No. 14 Doug Foley

Quotable:
“We’re currently sitting third off of our Q2 attempt, which we knocked a 3.680 off to get us in that spot. It’s always a different dynamic to the strategy of qualifying when we have impending weather. We were confident that we were going to get one run in today, and we did, but what we did on Friday gave us the opportunity to really wick it up today. Yeah, we didn’t get it to stick like we wanted to, but when you’re in such an extreme high level of sport, you have to operate at that level at all times. We feel really good about our chances and odds for eliminations tomorrow. We matched up against Maroney just as we had done at the beginning of the season, and tomorrow has awesome, amazing (track) conditions. This team has had a great deal of success at this track in these conditions. We have a race car that’s very conversational; we’re talking to it, it’s doing what we ask, and it’s giving us proper feedback, and I think that’s a perfect recipe for a successful Sunday. Definitely looking forward to eliminations and getting our Mopar Top Fuel dragster back into familiar territory, but it’ll take one round at a time.” 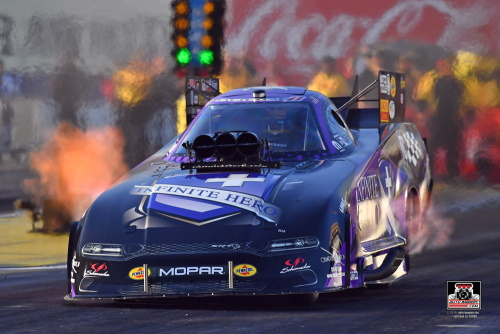 The Competition: No. 11 Cruz Pedregon

Quotable:
“I love these guys, and I love driving for these guys. We went out there in round one, and the car was super aggressive. It didn’t like the steering input and was edgy and knocked the tires loose. We saw something on our computer graph that we didn’t know what it was, so we couldn’t just go back and swing hard on the second run – we had to address the potential issue, then we went right down the track with a 3.88. So, this last run, we tried to swing a little harder, we tried to run a 3.85, and the track just wouldn’t hold it. But nobody’s got their heads down. That was a free run for us. We ended up in the top half, and we’ve got great data going into tomorrow. I am just so pleased with the way this team is working and the way this car is running. Phoenix has been great for me, and there’s a big comfort level here. I don’t care if it’s cloudy or sunshine, we have a combination that will go down the racetrack right now.” 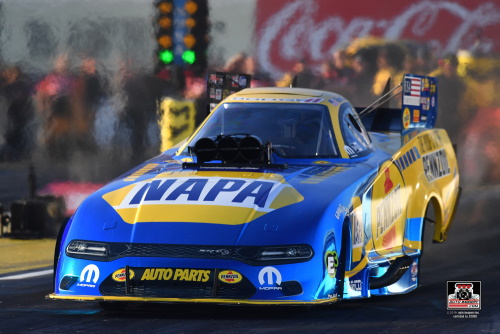 Quotable:
“We needed it (a third qualifying test run). We’re still behind. A lot of teams are ahead of us with (missing the) pre-season test and all. We had a lot of time to think with an oil down, and (crew chief) Rahn Tobler spent a lot of time on it last night. We still had parts on the car that we were going to test, so he basically took everything off that we didn’t have on the car when we ended the 2019 season. So that was cool to get that run that was basically our car when we left Pomona at the end of the year last year. It felt the same as last year, and that’s a great thing. At least he gets another run of data, and you know it doesn’t matter where we qualify. It’s great to have lane choice, it’s great to be top half, it’s even better to have lane choice with the weather warming up a little bit, but you know we are going to go up there with the past world champ in the other lane, and it will seem like a final round, but this place has been good to us in the past. We’ll see if we can do it again.” 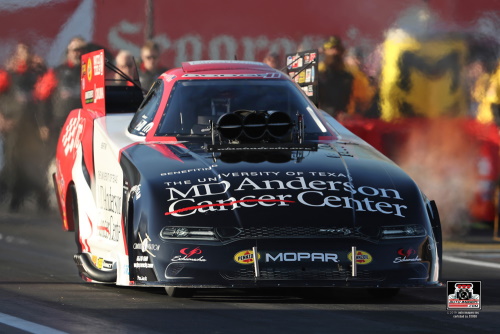 The Competition: No. 13 Paul Lee

Quotable:
“We had a really good car in Q3. We’re still fighting some gremlins and dropping some cylinders, but with the rain delay, we had time to think about it and work on some things. I think we finally figured out what’s going on. I think it’s going to pay big dividends come tomorrow because we’ve got a solid car now.”