PHOENIX, Ariz. (February 23, 2020) – A rain-plagued Saturday did nothing to squelch the spirits of Team Summit and their Summit Racing Chevrolet Camaro Pro Stock cars. After a solid start on Friday at the NHRA Arizona Nationals, the eight-time NHRA Pro Stock champions had just one final qualifying session to determine their fate for Sunday eliminations, and with a valiant effort, they sent two out of three cars to the top half of the field.

Jason Line, driving the silver Summit Racing Chevrolet Camaro, scored a start from the No. 6 position, while Bo Butner and his Strutmasters/Jim Butner Auto Group Chevrolet will start fifth. Greg Anderson and the red Summit Racing Camaro were earlier in the pack in the final session and unable to make adjustments based on what the racetrack had to offer after the long rain storm that stalled qualifying until 4pm. He will start from the No. 10 spot.

“It was a tricky track tonight, but we got down there with my Summit Racing Chevrolet Camaro, and that’s helpful going into tomorrow,” said Line, who is racing in his final season as a Pro Stock driver and will turn his attention to KB Racing’ engine room and the dyno at the conclusion of 2020. “We made a decent run last night, too, so we have some good information to work with. We’ll see what tomorrow holds, but I think it will be a good day.”

Line, with a best qualifying time of 6.581-second at 209.01 mph, will enter his final raceday at Wild Horse Pass Motorsports Park with two previous wins on his scorecard there. He will start eliminations with a first-round meeting with Deric Kramer, who also receives power from the KB Racing team.

Anderson, in the hunt for his third Phoenix trophy, will move into round one with a head-to-head meeting with Chris McGaha. He clocked a best time of 6.592, 208.30.

“Well, today we weren’t able to make the run that we needed,” said Anderson, who overpowered the temperamental racing surface just as he mashed the throttle. “It was tough out there, but thankfully we were able to see what the challenges were with the track and then make the adjustments with Jason’s car because he ran later in the pack. We have a good starting point.

“We were good on Friday in the first session with my Summit Racing Camaro – not great, but good – so we feel like we’re pointed in the right direction. It all boils down to Sunday and who will have the best total package. If you can have the best car and best driver, you can win the race.”

Butner, who won Super Stock in Phoenix in 2002, picked up a bonus point in the final qualifying session of Pro Stock as third-quickest of the round and the stand-out car for the KB Racing team. He’ll line up against Val Smeland in round one.

“Our Strutmasters/Jim Butner Auto Group Chevy Camaro has a good bite, and the crew worked hard on it this morning while they had the rain,” said Butner. “They made even more adjustments to give it more bite. I think it definitely helped, and I feel like we made a homerun hit. We made a good run, and I feel good having that run going into raceday. I predict I go further tomorrow than I did in Pomona.”

Eliminations for the NHRA Arizona Nationals will begin at 11am MT on Sunday at Wild Horse Pass Motorsports Park in Chandler, Ariz. 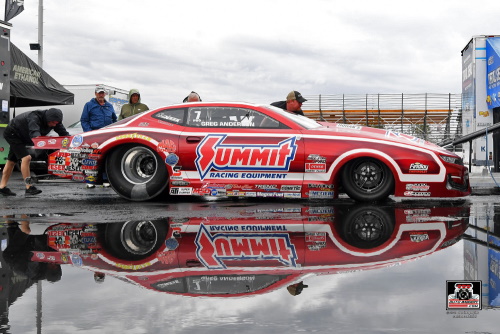 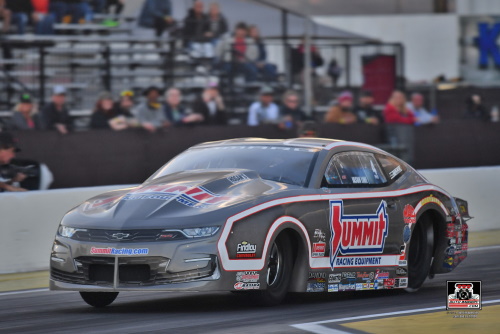 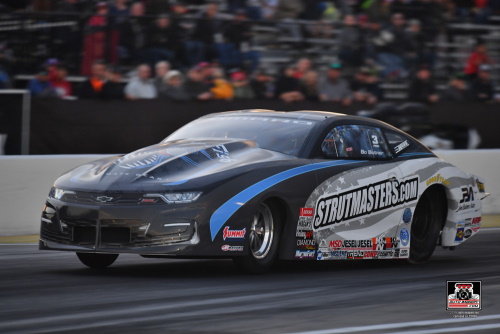