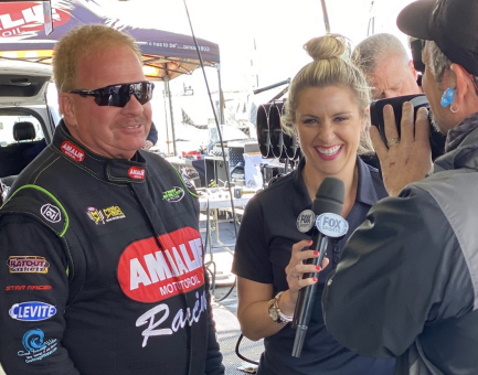 The team knew they would have their hands full even on the strength of crew chief Rob Wendland’s strong tuning performance on Friday night. The Amalie Motor Oil Top Fuel dragster blistered the track with a 3.696 second run at 326.79 mph which was just a thousandth of a second off his career best elapsed time. Heading into the first round McMillen was eager to get to the starting line.

Unfortunately McMillen’s aggressiveness got the best of him and the veteran driver jumped the tree with a red-light start. The Amalie Motor Oil Top Fuel dragster proceeded to make a career best run of 3.691 seconds at 232.89 mph in a losing effort.

“I knew we had a great race car going into the first round today,” said McMillen from his pits. “I don’t know when I have been more excited about getting a race started. My crew chief Rob Wendland and these Amalie team guys showed we had a race car that can compete with our run on Friday. We were the No. 4 qualifier and drew a three-time world champion in the first round with Antron Brown. That shows you how tough this class is. I knew I needed to give it 100% on the starting line. Every driver will tell you there are times you just get too jacked up. I knew I needed to do my job and I just hit the throttle too early.”

With two races in the books on the NHRA Mello Yello Drag Racing Series season McMillen and his Amalie Motor Oil Top Fuel dragster team have shown positive results even if the stat sheet doesn’t reflect round wins. Two weeks ago the team made solid runs in qualifying and then this weekend in Phoenix they stepped up their game on the performance side.

“That was a career best run and we didn’t get to go to the next round,” said McMillen. “I am a positive person and I know I have a race car that can win rounds this season, a lot of rounds. Rob has put in a lot of hours on this race car and we saw the results this weekend. It is tough to lose like that but I know the next race is the Amalie Motor Oil Gatornationals and you better believe we will be ready for that race. I have to thank all the fans that waited out the weather yesterday and supported us all weekend.”

With a few weeks to get back to the shop the Amalie Motor Oil Top Fuel team will take the career best elapsed time tune up and look for ways to improve even more. It will be a busy weekend at Gainesville Raceway for the Amalie Motor Oil NHRA Gatornationals but one that McMillen looks forward to every year.

“We are focusing on the Gatornationals starting right now. It is our biggest race of the year since it is our sponsor’s race but it is also great to see so many supporters on the ropes and in our hospitality area,” added McMillen. 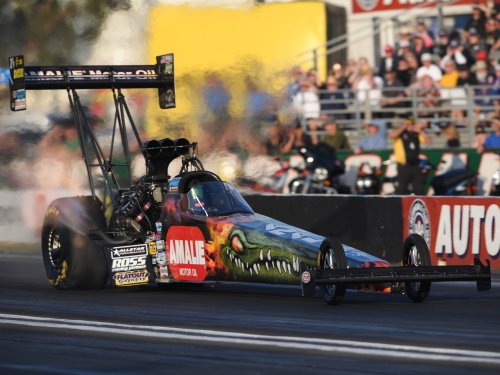