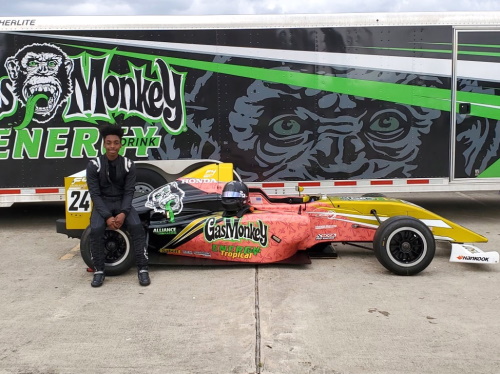 (February, 26 2020) – With the start of the F4 United States Championship Powered by Honda season less than six weeks away, Alliance Racing Sponsored by Gas Monkey Energy is pleased to announce their first of many drivers for the 2020 season. After a successful test and the ambition to move to the growing open wheel program, David Burketh has inked a deal with the Indianapolis based effort and will pilot one of the Gas Monkey Energy Cars this upcoming season.

” We are excited to have David join our squad,” expressed Toney Edwards. “He doesn’t bring a ton of experience with him, but his exceptional drive, determination and natural skills will bring him success in motorsports. He is a graduate of the Lucas Oil Racing School, a competitor from their series as well as participant in the 2019 Shootout.”

Moving from the karting ranks through the Lucas Oil Racing School, Burketh is eager to get the season underway and thankful for the opportunities before him.

“I am beyond excited, proud and thankful to become a part of the Alliance Racing and Gas Monkey Energy racing family and cannot thank them enough for giving me the privilege and opportunity to be a part of it,” added Burketh. “There is so much potential within everyone on the team, and we are all hungry to be the best. I will give them maximum effort both on and off the track! I honestly can’t thank God enough for blessing my family and I with the resources and opportunity. I’m super excited for the season.” 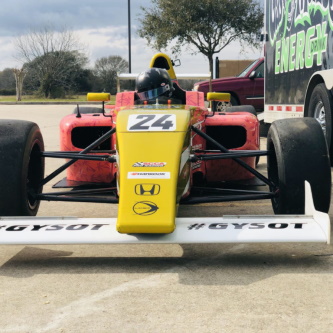 Set to take his first green flag of the season at Road Atlanta April 9-11, David Burketh will join the Alliance Racing Sponsored by Gas Monkey Energy team at several more test days planned through the month of March. Logging countless laps in warmer climates, Burketh is looking to gain as much experience as possible before his first wheel-to-wheel competition of the season.

While the first event is still six weeks away, be sure to follow David Burketh on social media by searching @DavidBurketh to keep up with his 2020 season preparation.

For information on press releases or other media services offered by Race Tech Development, please contact Mike Maurini via e-mail at Info@RaceTechDevelopment.com or 317.270.8723. RTD Media and Management can also be found on Facebook and Twitter by searching @RTDMediaAndMgmt