GAINESVILLE, Fla. (March 2, 2020) – It was important for Terry McMillen to start the 2020 NHRA Mello Yello Drag Racing Series season on a good note. The Top Fuel veteran responded with his quickest career run at the most recent race, giving McMillen plenty of momentum heading into perhaps his favorite race of the year, the 51st annual AMALIE Motor Oil NHRA Gatornationals, which takes place March 12-15 at Gainesville Raceway.

As the driver of the 11,000-horsepower AMALIE Motor Oil XTERMIGATOR dragster, racing at his sponsor’s race at one of the most iconic tracks on the circuit means a great deal to the popular McMillen. Knowing his dragster is capable of running well, McMillen hopes it leads to what would be one of the biggest wins of his career.

“For me, it’s great to see the smiles on all the faces of the AMALIE employees when we get to showcase everything,” McMillen said. “The fans there are certainly great and there’s just something about racing the Gator car at the Gatornationals in Gainesville. The people love it and I’ve met a lot of great folks. It’s been very cool and exciting to see it all come together.”

McMillen had a strong showing in Phoenix, running a career-best 3.691-seconds, which was precisely the type of progress the team hoped to see early in 2020. Things didn’t go as planned during the middle portion of the season in 2019, but a solid finish had McMillen thinking they weren’t far off from a big turnaround. That turned out to be true and now McMillen and his team, led by crew chief Rob Wendland, are ready for more.

“We learned some things at the end of last season and finished well, and that gave us a stepping-stone to where we’re at now,” McMillen said. “All of this is a confidence-builder. I can go up to the starting line and stay focused on what I need to do. It takes a lot of pressure off. Now it’s a matter of taking advantage of everything. We have to keep the car 100 percent and ready to go, maintained properly and we can’t make mistakes.”

McMillen, who has two career Top Fuel wins, knows he will need to be flawless in Gainesville to get a victory. That’s the nature of the Top Fuel class, which is loaded with top-tier talent like back-to-back world champ Steve Torrence, who won in Phoenix, Pomona winner Doug Kalitta, Shawn Langdon, 2017 world champ Brittany Force, Austin Prock and Clay Millican. But McMillen believes his team is heading in the right direction, which could lead to a strong showing in Gainesville.

“I think we’re in a really good place,” McMillen said. “The car is running so good. It’s been a process to get here, and Rob is doing a tremendous job. He’s got the car in a good place and it’s exciting. We’re proving that this car can run with anybody. We had a great off-season and the new guys have really gelled. It’s like a family right now. Those things set the tone and I believe our future is good.” 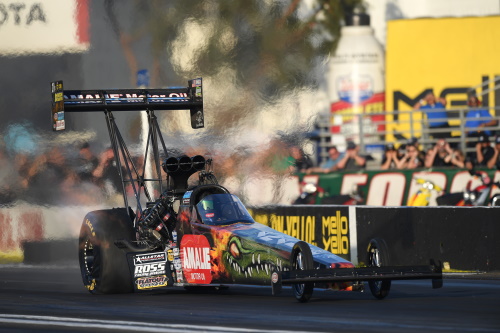 Hight used his fourth win at the legendary facility as momentum for his third world title in Funny Car. He’ll face off in the loaded class against Pomona winner Jack Beckman, Tommy Johnson Jr., who won in Phoenix, John Force, J.R. Todd and Ron Capps.

NHRA fans can take part in the NHRA 101 walking tour to see the cars and teams hard at work in the pits. Fans can also attend Pro Stock School and Nitro School to learn how the cars operate and reach their thrilling speeds. Gainesville Raceway will also host a Mello Yello autograph session and allow fans to meet their favorite drivers as well as the Sealmaster Track Walk hosted by Darrell Gwynn. The track walk will serve as a fundraiser for the Darrell Gwynn Quality of Life foundation, which is a chapter of the Buoniconti Fund to Cure Paralysis. Another can’t-miss experience is the winner’s circle celebration on Sunday after racing concludes. New for 2020, the winner’s circle will be moved to the track surface, allowing fans a more intimate and up-close experience to help celebrate the event winners.