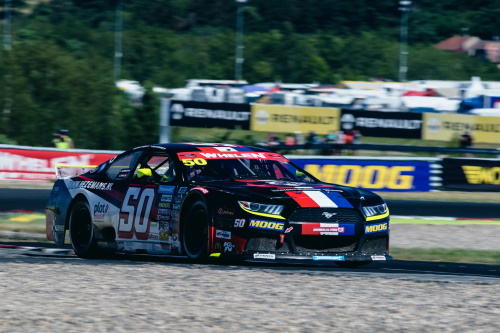 (March 3, 2020) –  Reigning EuroNASCAR Champion Loris Hezemans will be back to defend his title in 2020 at the wheel of the #50 Hendriks Motorsport Ford Mustang. The Dutchman will share the car with NWES newcomer Tobias Dauenhauer from Germany, who will make his NASCAR debut in the EuroNASCAR 2 (EN2) championship, competing also for the Rookie Trophy.

Hezemans won the European NASCAR title in 2019 in what was only his second full-time EuroNASCAR season by scoring four consecutive wins in Most, Venray and Hockenheim. His impressive performance during the playoff races in Germany and in Belgium paved his way to the Whelen Hall of Champions in the NASCAR Hall Of Fame as the youngest NWES Champion. The Dutchman is now set to defend his title with Hendriks Motorsport and become the fourth two-time champion in NWES history. The Dutch team – one of the powerhouses of EuroNASCAR – will expand to three cars and five of the six drivers have been signed.

“We showed last year that we had a really good outfit,” said the 22-year-old Amsterdam native. “We not only managed to win the Drivers Championship with me but also the Teams Championship. We really showed what we’re capable of doing. I think we can definitely do the same this year. The competition will be stronger than it was last year as there are more experienced drivers on the grid and also the EuroNASCAR 2 top drivers will join the EuroNASCAR PRO championship. There will be a lot of potential winners and drivers that could make it in the top-5 and top-10.”

If winning is hard, repeating yourself is even harder, but Hezemans feels confident he’s prepared for the taks: “I have to learn from the mistakes I made last year and also take the good things we did into account. We will try to keep the consistency we had in the second half of the 2019 season and the momentum we gained by winning the championship. For sure to continue our relationship with Hendriks Motorsport is another important factor. We’ve learnt a lot in 2018 and showed good potential right from the beginning. Everything was new for them and also for me. With winning the championship in 2019 we got in the flow and this will help us for sure.”

Dauenhauer made his step from karting to professional racing in 2017 when he debuted in the VLN at the legendary Nurburgring. In 2018 and 2019 he gained important experience in GT3 and GT4 championships in Europe. After being part of the 2020 NWES drivers recruitment program, Dauenhauer will switch to NASCAR racing by joining Hendriks Motorsport in the EuroNASCAR 2 championship. By sharing the car with the reigning NWES champion, the German will have a good foundation for a successful debut season in the official European NASCAR series.

“I’m happy to join the championship winning team Hendriks Motorsport and the European NASCAR series in 2020,” said the 22-year-old Heppenheim native. “I’m proud to be part of the team and I’m confident that we can compete with the frontrunners in the upcoming season. I want to learn a lot from them and develop as a race car driver. I cannot wait for the season to start and face this new challenge. I’m really motivated.”

Hezemans is already looking forward to working with Dauenhauer in the 2020 NWES season: “I know him because we drove the 2018 Spa 24h together. He did GT4 racing and was looking for something new in 2020. We introduced him to the NASCAR Whelen Euro Series and this started to get things rolling. He was part of the DRP and did a good job during the test. EuroNASCAR is something completely new for him and he has to get used to it, but he will make his way for sure and I’m looking forward to working with him.”

The 2020 NWES season kicks off on April 25-26 at the Circuit Ricardo Tormo in Valencia, Spain with the seventh edition of the Valencia NASCAR Fest. 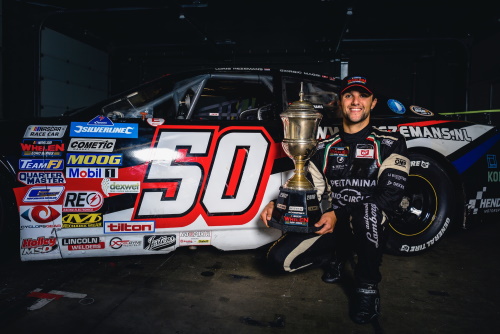 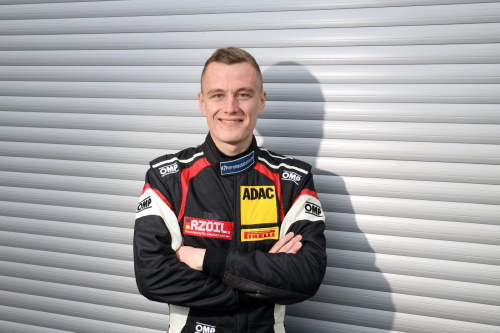 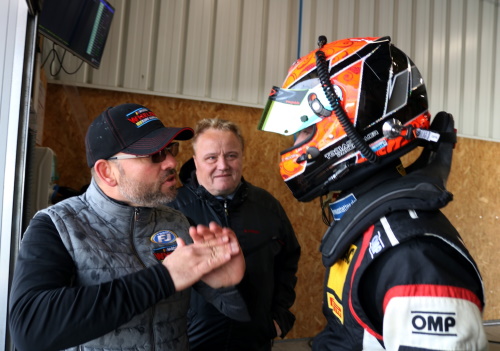