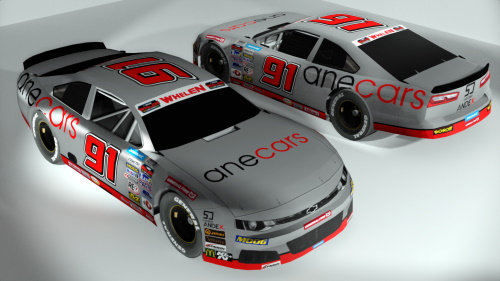 (March 4, 2020) – After taking part together in the 2019 NASCAR Whelen Euro Series Finals at Circuit Zolder, Marc Goossens and Sven van Laere will be back with Braxx Racing to pilot the #91 Anecars Braxx Racing Chevrolet Camaro in a full-time campaign. Goossens will aim at EuroNASCAR PRO title, while van Laere will take on his rookie season in the EuroNASCAR 2 championship. The program will be supported by Anecars, a company specialized in automotive wholesale solutions.

Goossens is one of the most experienced and versatile drivers on the NASCAR Whelen Euro Series grid. The 50-year-old Belgian, who boasts a successful international career including experiences in the NASCAR Cup Series and Xfinity Series, IMSA and the 24h of Le Mans, made his NWES debut in 2016. He gave Braxx Racing the first podium finish in the same year and was also the driver who earned the team’s first EuroNASCAR PRO win at Zolder in 2017. In four part-time seasons, Goossens amassed 13 podium finishes in 34 starts. The goal for 2020 is the European NASCAR title.

“It’s great to be back with Braxx Racing for a full season. It is my 5th year competing in the series with this team and we are working very well together. It’s also great to share a car again with my good friend Sven van Laere,” said the Geel native. “Of course the goal is to aim for the championship. If not we wouldn’t be here. As the championship keeps growing, the competition gets tougher, but we are better prepared this year and we want to be stronger in single race. There are some new structures and a number of drivers found themselves a new home. It will be an interesting season ahead, but our main focus will be on our own work in order to bring the #91 to the front.”

Van Laere made his NASCAR Whelen Euro Series debut at Circuit Zolder in Belgium at the end of the 2019 season. At his home track, on a weekend hampered by treacherous weather especially on Sunday, the Belgian finished 16th and 22nd. The Gent native won the 2017 Clio Cup Benelux title, collected several class wins at the 24 Hours of Zolder, the third place in the 2018 Belcar Endurance Series and has plenty of experience in GT and Endurance racing.

“I’m very happy to compete in the 2020 Championship together with Marc and Braxx Racing. Although we had a difficult try out at last year’s Finals in Zolder, due to the weather and the combination of doing also a GT race on the same weekend, I was charmed with the championship and made it my priority for this year,” said van Laere. “2020 will be a learning year, but I would not compete without a challenge for myself and that’s to try to race for the podium in the Legend Trophy. The level of the competition in EuroNASCAR is very high and it’s an honor to be part of such a competitive field with both experienced drivers and young talented drivers. So I’m not going to focus too much on the points and just enjoy the pure racing fun of EuroNASCAR.”

The seventh edition of the Valencia NASCAR Fest at the Circuit Ricardo Tormo in Valencia, Spain will mark the start of the 2020 NASCAR Whelen Euro Series season on April 25-26. 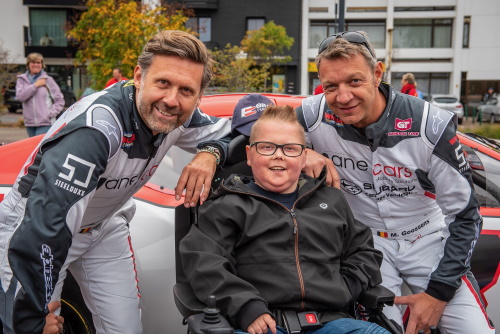 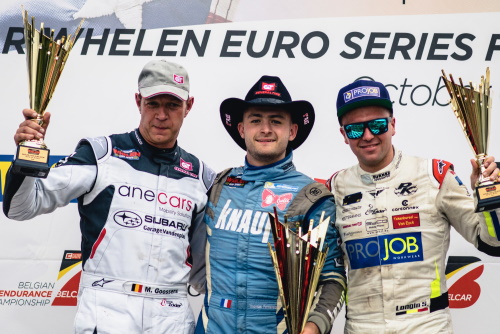 Marc Goossens (left) on the podium in Zolder 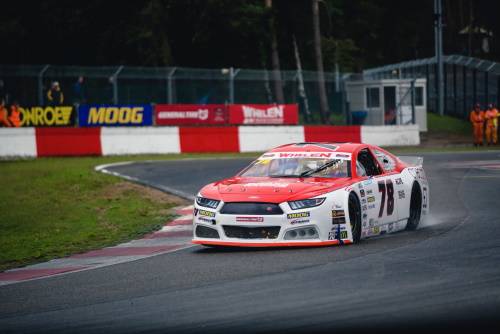 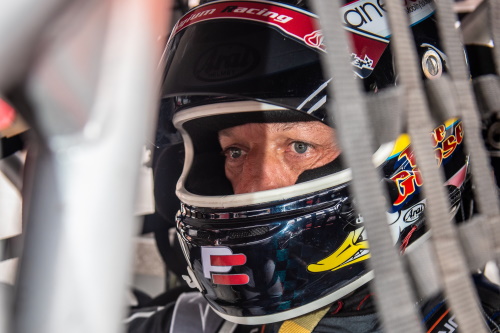