AUSTIN, Tex. (March 4, 2020) – Rearden Racing comes to the 2020 Pirelli GT4 America road racing series season opener this weekend (March 6-8) at the Circuit of the Americas (COTA) seeking a repeat of a spectacular 2019 GT4 SprintX season that including eight Am class feature wins (National and West races) and a series drivers’ championship with drivers Jeff Burton and Vesko Kozarov. 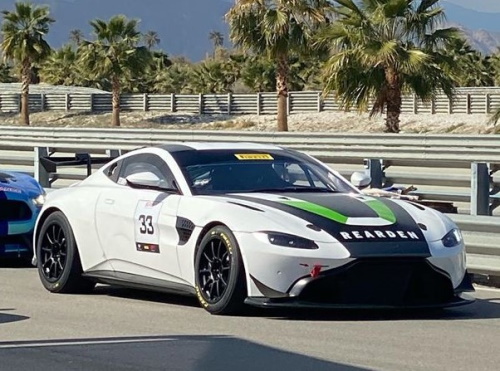 It has been a very busy winter for Rearden Racing team owner Lara Tallman and her stellar crew as the Utah-based operation incorporated the potent Aston Martin Vantage GT4 machines into the team’s organization. Tallman, who also drove to three TC America race wins recently in the SRO Winter Series in California, has worked closely with the Aston Martin officials and engineers to field a fleet of strong Vantage GT4 cars for the full SRO America campaign.

While coordinating their 2020 SRO America series effort, Tallman and her Rearden Racing squad won races in December, January and February at The Thermal Club in the California desert with a total ten main event victories in the SRO Winter Series. 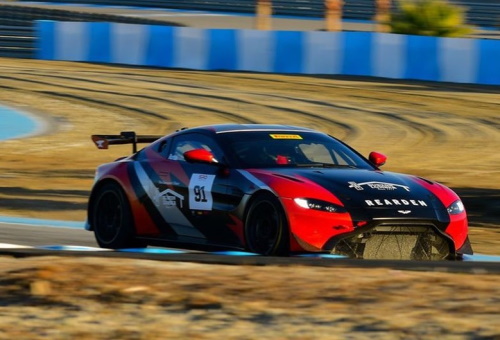 “It has been pretty hectic during our off-season with the addition of the Aston Martin Vantage race cars and competing in the SRO Winter Series,” said Tallman, the lone woman team owner in SRO America. “We are coming off a great 2019 season with nine overall class wins in GT4 and TC and we have been preparing for 2020 since the last SRO race in October in Las Vegas. We want to continue our team’s winning ways with Jeff, Vesko and Paul this year and especially starting at COTA.”

Tallman explains that the integrating of the Aston Martin vehicles was a big chore initially, but the move proved immediately successful with four GT4 races wins in the SRO Winter Series. And the team’s excitement with the new mount brings more enthusiasm to COTA for the opening races.

“The Aston Martin Vantage cars showed a lot of potential at Thermal this winter,” said Tallman. “We are still learning quite a bit about the race cars and the Aston Martin folks have been very helpful with that progression. We hope we can roll off the trailer at COTA with a good setup and go after more wins this weekend.”

Burton, the Salt Lake City businessman and pro racer, scored three more wins this winter at Thermal in the new No. 91 Burton Lumber/Rearden Racing Aston Martin Vantage GT4 and believes the car can continue its winning ways in the Pirelli GT4 America series this year. 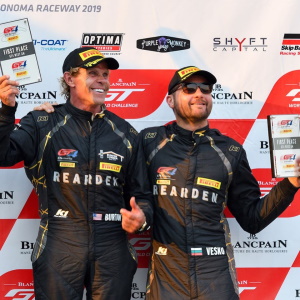 “Heading to the season opener in COTA, I love the track — fast and has a lot of technical turns,” said Burton. “It’s a ‘love-hate’ relationship with COTA for me. Last year I had quite a wreck, and a win in the class in the two races. Hopefully I can improve upon that one. The SRO GT4 circuit is great with one small concern. Not all of the Sprint and SprintX races are at the same tracks, making a logistical nightmare at times.

“With a car manufacturer (Aston Martin) change from Audi last year, we need to figure out going to a front engine car compared to a rear engine we had. I’m still working on that one!”

Kozarov, the Salt Lake City driver and driving coach, has put together a superb racing career with numerous race wins as well as series driving championships. Vesko and Burton won the GT SprintX Am West division title and the pair will now compete in the Pro-Am category in 2020.

Meanwhile, Terry is moving from the TC America racing class to the Pirelli GT4 America Sprint division in 2020 after scoring one win and several podium placings last year. Terry was able to compete in the final race of the SRO Winter Series in the new Aston Martin Vantage GT4 and scored the pole position. 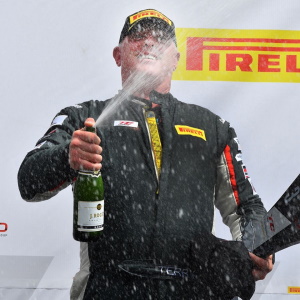 “Man, I’m really looking forward to the 2020 season with the new Aston Martin Vantage GT4,” said Terry, the Utah trucking business owner. “This new car is a dream after Rearden Racing put their professionals to work on it. Let’s just say I’m very confident in the car, in me as a more experienced driver and especially the team, Rearden Racing. Keep an eye out for Rearden Racing on the podium and the pole!”

ABOUT REARDEN RACING: Owned and operated by Lara Tallman and driver Vesko Kozarov, Rearden Racing’s roots date back to the 2000s when Tallman drove in the IMSA ST class. The Utah-based operation consists of several aspects with design, build and service racing cars; offering “arrive and drive” programs in both professional and club racing clients and manufacture and distribute a variety of racing-related parts. On the track, Rearden Racing has been a winner, taking the 2019 Pirelli GT4 America SprintX West Am championship (Jeff Burton/Kosarov), 2018 Touring Car Championship (Kozarov) as well as the prestigious 2017 and 2018 SRO Intercontinental GT Challenge for the GT4 category at WeatherTech Raceway Laguna Seca. The Rearden name comes from the popular Ayn Rand book, “Atlas Shrugged,” a novel about advocacy of reason, individualism, self-made, independent thinkers, inventors, business owners and risktakers.