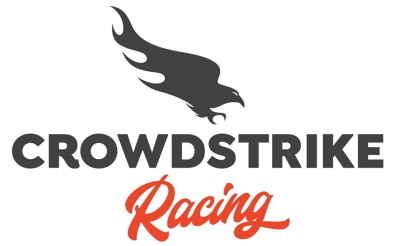 SUNNYVALE, Calif. (March 4, 2020) – CrowdStrike Racing embarks on a new season with heightened expectations on and off the track ahead of the season-opening event for SRO America and GT World Challenge America Powered by AWS.

The palatial Circuit of The Americas plays host to the first racing action for the series of 2020 with CrowdStrike Racing represented in three different categories of competition. In addition to taking honors on the track, CrowdStrike aims to once again create a winning weekend for its guests and VIPs with unique experiences and business-to-business opportunities in Austin, Texas. 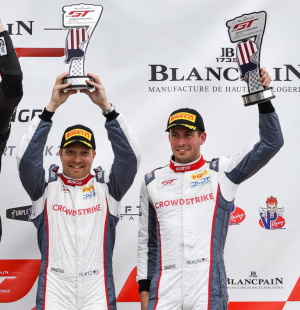 Circuit of The Americas will see the return of George Kurtz and Colin Braun to the drivers’ seat of the No. 04 CrowdStrike Racing AWS/Accel Mercedes-AMG GT3. They will contest a pair of 90-minute races Saturday and Sunday with live television coverage on CBS Sports Network.

The Kurtz/Braun pairing recorded a fourth-place finish last year at COTA on their debut weekend with the Mercedes-AMG. With another year under the belt, hopes are high that a podium finish will be in the cards.

“CrowdStrike is eager for the new season of GT World Challenge America Powered by AWS to begin,” said Kurtz, a former SRO GT4 amateur champion entering his fifth season in the series. “Circuit of The Americas is a fantastic facility that represents opportunities for Colin and I to be successful on the track and also off the track with networking opportunities for our CrowdStrike guests. Every second counts whether you are on the track or in business. We intend to live up to that at COTA.”

This will be the second year together for Kurtz and Braun in GT World Challenge America, along with the second year of a technical alliance with DXDT Racing which prepares and operates the Mercedes-AMG. This year’s No. 04 CrowdStrike Mercedes will be an upgraded car with a number of technical enhancements, which should bode well for Kurtz and Braun.

“Continuity for us is huge,” said Braun, who has driven with Kurtz since 2018. “George did a great job in his first year of GT3. Our goal was to finish as many laps as possible, not make any mistakes and gain experience. Overall it was a solid year and now we can turn up the intensity and build on it in 2020 to help gain some performance. It will also be nice to go back to some of these tracks for the second year for our entire CrowdStrike Racing group. It will help in a lot of ways – we’ll be able to go out and get down to business instead of learning tracks and the car. We’re all really excited for sure.” 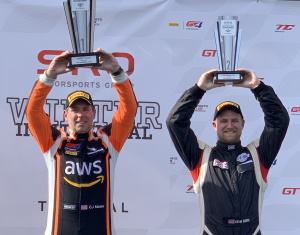 CrowdStrike Racing takes its first steps in Touring Car competition this weekend with entries in SRO’s TC America with two Honda Civics in two different categories. It is a new opportunity for CrowdStrike Racing to create a business network inside one of SRO America’s rapidly growing classes.

CJ Moses will pilot a Honda Civic Type R TCR race car for a majority of the 2020 campaign. Already, Moses has gotten a taste of TCR action at the SRO Motorsports America Winter Invitational with a pair of victories earlier this year at southern California’s Thermal Club in his No. 04 CrowdStrike/AWS Honda TCR.

The move to TCR is one for which Moses is well-prepared. He has been racing since 2005 with multiple Sports Car Club of America (SCCA) titles as both driver and crew chief; that experience will come in handy for learning the ins and outs of the Honda Civic Type R.

“There’s a lot of excitement around our CrowdStrike Racing team for the start of our TC America program,” said Moses, who drove a partial GT4 season a year ago. “To have our first race with the CrowdStrike/AWS Honda Civic Type R TCR at a place like Circuit of The Americas is fantastic. Between the competition and our commercial activities, it will be a great experience that our guests and VIPs should thoroughly enjoy.”

There’s more! Kevin Boehm is a newcomer to CrowdStrike Racing, and he will pilot a Honda Civic Si race car in TC America’s TCA category for the full season.

Boehm is four-time Sports Car Club of America (SCCA) national champion with experience in a variety of series and at a variety of racetracks. He also works as a Senior Engineer and test driver at Honda Research and Development, which handles research design and product development for a wide array of Honda production vehicles.

“I am excited to kick off the 2020 TC America season at COTA with CrowdStrike Racing,” Boehm said. “COTA is an extremely technical track and requires a lot of discipline both on and off the track to get it right. Fortunately, discipline is one of CrowdStrike Racing’s strengths so I fully expect good results right off the bat from the whole team.”

CrowdStrike, AWS and DXDT will all be part of World Challenge America Powered by AWS’ leading activation and hospitality efforts for the second consecutive season starting at Circuit of The Americas.

At the heart of the VIP experience will be CrowdStrike’s CXO Summit, sponsored by AWS that will feature presentations and Q&As with leaders from CrowdStrike and AWS. Network opportunities will continue at the GT Paddock Club, sponsored by CrowdStrike, and in the paddock with up-close experiences with the CrowdStrike Racing and DXDT Racing personnel.

The GT World Challenge Powered by AWS and TC America championships will open their seasons at Circuit of The Americas on March 6-8. For more information on the series, visit sro-america.com.

DXDT Racing LLC is a high-performance sports car racing team founded by team principal David Askew in 2014 and located in Salt Lake City, Utah. The Team’s primary focus is on GT3 and GT4 racing in North America. The team has fielded cars in various racing series such as SRO’s World Challenge GT America Powered by AWS, IMSA’s Michelin Pilot Challenge, and Lamborghini’s Super Trofeo series. Although the team is young, DXDT is comprised of a group of highly experienced professionals with championship winning backgrounds.