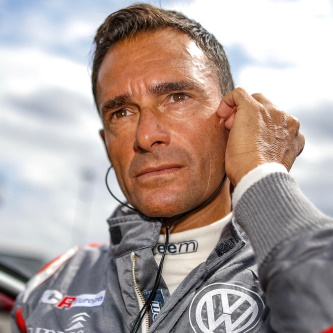 (March 5, 2020) – Another motorsport icon will join the European NASCAR field in 2020, reaffirming the NASCAR Whelen Euro Series as the best touring car championship of the Old Continent. Former Formula 1, WTCC, WTCR and Superstars Series driver Gianni Morbidelli will pilot the #88 CAAL Racing Chevrolet and chase the EuroNASCAR title in 2020.

A highly respected professional driver in every series he took part in, the Pesaro native won the Italian and European Formula 3 title in 1989 and then raced in Formula 1 between 1990 and 1997. He drove for Sauber, Minardi and Footwork Arrows and scored his best result in Australia in 1995 with a third place finish. During his time in Formula 1, Morbidelli was also Ferrari’s test driver and took the wheel of the Rossa in one race. After leaving single seaters, the Italian raced in the most important touring car championships for several factory teams, winning the Superstars Series twice – in 2009 and 2013 – and scoring wins both in WTCC and in the TCR International Series. 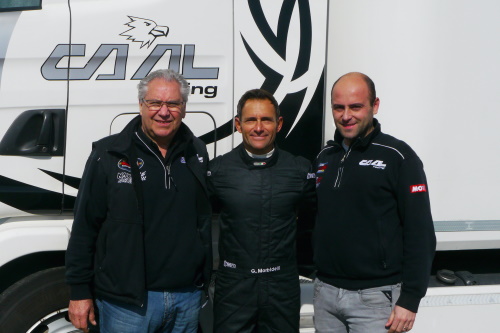 CAAL Racing and Morbidelli crossed paths many times in the past, always as rivals. It will be the first time for them together when they will hit the track in Valencia on April 25-26 for the NWES season opener at the Circuit Ricardo Tormo. Morbidelli will share the #88 Chevrolet with EuroNASCAR 2 veteran Max Lanza.

“I look forward to making my debut in the NASCAR Whelen Euro Series with CAAL Racing and the Canneori family and enjoy this season. We have always been on opposite sides, but I always respected Corrado and Luca Canneori and their team. We share the same passion and they are genuine people and I’m glad we finally found a way to race together thanks also to the efforts of our common friends (Touring car driver) Gabriele Marotta and (CAAL Racing track engineer) Carmelo Scoglio,” said Morbidelli. “EuroNASCAR has a great appeal for the public and exalts the human side for the drivers, but also for the fans, who can experience the events being very close to the protagonists and have a unique time. This is something too often missing in our sport and it is wonderful to be able to find it again.”

The 52-year-old already took part in a first discovery test in February and CAAL Racing’s Team Manager Luca Canneori is positive about providing Morbidelli with the best possible car and environment. 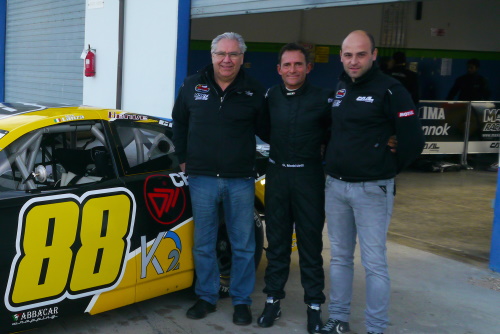 “It’s fantastic to be able to welcome Gianni in our CAAL Racing team. It’s definitely an honour to work with a driver with such a long, successful and continuative career, but it’s also a responsibility for us to do our best and put him in position to obtain the best possible results. It’s a challenge we are happy to accept,” declared Canneori. “We put a lot of confidence in our work and the first shakedown was already positive. We look forward to a couple more test days at the end of March and to the Valencia pre-season practice to be ready from the beginning.”

Morbidelli is not setting a specific goal for his first NASCAR season, focusing mainly on enjoying the competition and expediting the inevitable learning process of debuting in a new championship.

“It always takes some time to adapt to a new car and a new series and you always have to adopt a respectful and cautious approach. I don’t usually set goals because I can’t see the future. The main thing for me is to be able to enjoy the competition and teamwork. Then when you have fun, usually results start coming,”said Morbidelli. “Even if I have been involved in motorsports for 40 years, there are many strong drivers who have a lot of specific knowledge of these cars and I hope that with my experience I can speed up the learning process a little bit. I look forward to meeting them and the many young talents racing in the NASCAR Whelen Euro Series on track!”

Gianni Morbidelli will make his NWES debut on the #88 CAAL Racing Chevrolet on April 25-26 at the Circuit Ricardo Tormo of Valencia, Spain when the European NASCAR series will kick off an exciting 2020 season. 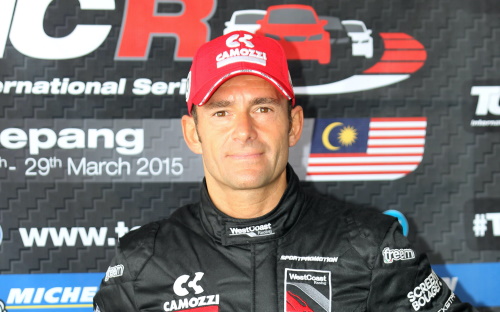