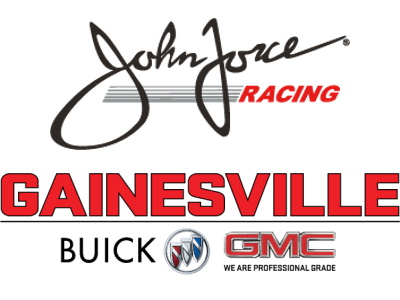 GAINESVILLE, FL (March 10, 2020) – Gainesville Buick GMC, part of the Morgan Auto Group, will continue their partnership with John Force Racing by providing all four drivers with vehicles March 12-15 during the NHRA Gatornationals at historic Gainesville Raceway.

“We all love getting to Gainesville and seeing our good friends at Gainesville Buick GMC. They have some great GMCs, Buicks and Chevrolets out there and we want to encourage fans to come out and test one before seeing us at the Gatornationals,” said Force, who is an eight-time Gatornationals winner. “For the last five years we’ve partnered with the local General Motors dealers because we want to help our sponsors in any way we can, and we love doing it. We love being a part of the General Motors family and want the fans to be a part of it too.”

“Have to thank our friends General Manager Sean Cowley along with Paul and Pam Vollrath from Gainesville Buick GMC for their support and for providing us vehicles to drive when we’re in town. They’ve supported us since 2001 and it’s always really great to see them and have them out at the track,” continued Force.