BROWNSBURG, Ind. (March 10, 2020) – NHRA’s winningest team is closing in on 350 victories, and with 347 triumphs currently on Don Schumacher Racing’s lofty list of achievements, reaching that milestone could happen as soon as this weekend’s NHRA Gatornationals in Gainesville, Fla.

Team owner Don Schumacher, who owns five of DSR’s 347 national event wins from his stint as a pioneering NHRA Funny Car pilot, will campaign cars in three different categories this weekend – Top Fuel, Funny Car, and Factory Stock Showdown, meaning race day at ‘the Gators’ has the potential to see three DSR cars end their weekends in the winner’s circle. While leaving with the hardware in three NHRA classes is a tall order, it’s certainly not one that is out of reach for the drag racing powerhouse. In fact, DSR, the only organization to have won national event titles in each of NHRA’s four professional categories, has ‘tripled-up’ twice before (Reading, 2004, Las Vegas II, 2006). 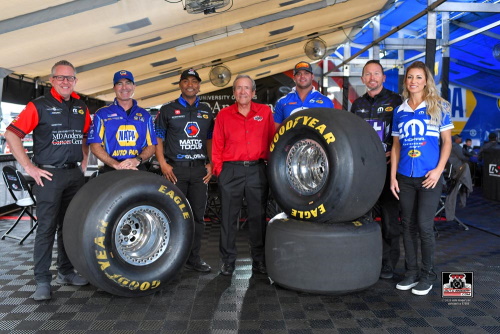 When DSR does hit 350, not only will the Brownsburg, Ind.-based organization be the first in the NHRA to reach that number, but it will be one of a very small handful of teams across the auto-racing industry in general to achieve such a tremendous accomplishment. Adding to the impressiveness of it all is the fact that 342 of those victories have been won in a little over two decades.

Schumacher, a fierce match racer in the 1960s and 70s, stepped away from racing in 1974 to focus on his young family and expanding Schumacher Electric Corporation, the world’s largest battery charger manufacturer and market leader in the automotive battery charging and jump-starting category. He returned to drag racing at the 1998 NHRA U.S. Nationals with son Tony in the driver’s seat of a Top Fuel dragster, and began assembling what has become a drag racing dynasty. Since that time, things have gone from 0 to 330 for Schumacher, including delivering the first of DSR’s 17 NHRA championship titles with Tony that following year. 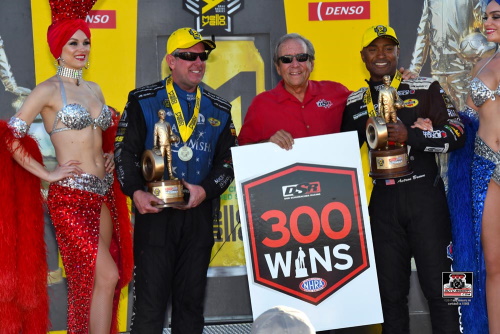 Tommy Johnson, Jr. and Antron Brown delivered wins No. 299 and 300 for Don Schumacher Racing at the 2017 Las Vegas Spring event.

In addition to DSR’s two triple-ups, Schumacher has seen his teams double-up 65 times and has enjoyed watching his son race to victory 84 times, making the younger Schumacher the most-decorated Top Fuel driver of all-time.

“It’s truly an amazing accomplishment, and I’m in awe when I think about how far this team has come since opening our doors in 1998,” said Don Schumacher as he reflected on his team’s myriad of triumphs. “Of course, none of this would be possible without the driving force behind this team’s success, and that is the incredible group of people at DSR and DSM. ‘It takes a village,’ as they say. Everyone from the drivers to the crew chiefs and crew, the machine and fab shops, our entire front office, and hospitality staff; this whole operation of 130+ people, everyone contributes. And of course, a big thank you goes out to our partners; they keep us out there racing week after week, and we couldn’t accomplish any of this without them.”

DSR will have seven drivers in eight cars compete for a Wally trophy this weekend. Representing DSR at the Gatornationals are Antron Brown and Leah Pruett in Top Fuel, Jack Beckman, Ron Capps, Matt Hagan, and Tommy Johnson, Jr. in Funny Car, and Mark Pawuk and Pruett in the Factory Stock Showdown series. 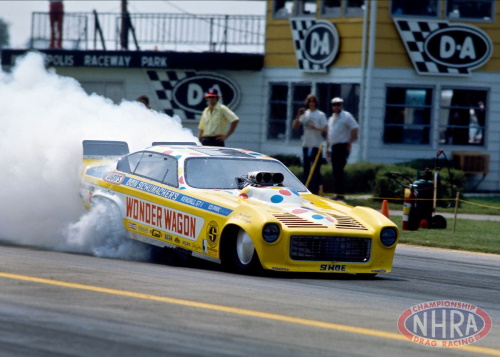