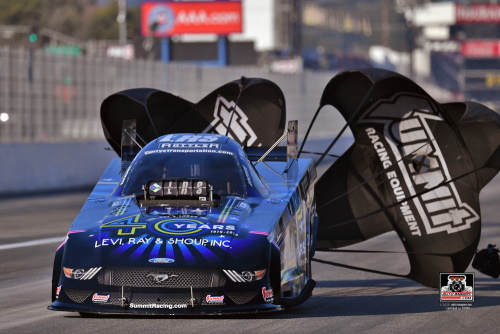 Last year at this event: Qualified No. 2; final round

Quote:
“We’re really excited to get to Gainesville because our Levi, Ray & Shoup Ford Mustang is doing what we’re asking of it right now, and our LRS crew is doing such a great job. I’m very optimistic, and we get to go back to a place where we’ve had some luck in the past, so that’s always fun. We went to the finals at Gainesville Raceway last year, and we had all of our Diversified Yacht Services folks there. It’s a good time to see them all so happy. You always hope for a weekend like that for the great people who support us. I think we’re in a good position to go some rounds and maybe even get back to the winner’s circle this weekend.”