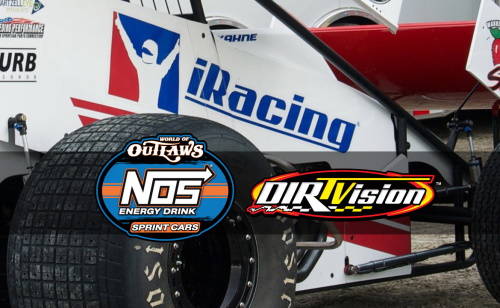 Like the start of the 2020 World of Outlaws NOS Energy Drink Sprint Car season, drivers will compete at Volusia Speedway Park with open setups — allowing each driver to engineer their own custom setup for their car. Drivers will get a 15-minute practice session. They’ll then go into two-lap solo qualifying. Following that will be four Heat races and two Last Chance Showdowns, setting the field for the 35-lap race.

And from Hot Laps to the Feature, fans will hear the familiar voice of World of Outlaws announcer Johnny Gibson calling all of the action throughout the night.

This invitational will be the first of several until the World of Outlaws season continues, alternating between Sprint Car and Late Model races every Wednesday. The World of Outlaws Late Models will headline the Wednesday, April 1, Invitational race. Drivers are invited to compete in both divisions. Each race will be $1,000-to-win, winner takes all.