BROWNSBURG, Ind. (April 28, 2020) – Don Schumacher Racing, a leader in motorsports cause-related marketing programs, has joined more than 100 professional athletes and sports organizations to support the Center for Disaster Philanthropy (CDP) by participating in the Athletes for COVID-19 Relief campaign. The team-wide initiative, in which all drivers on DSR’s current roster have committed to raising funds at www.athletesrelief.org, will include authentic team-used gear to generate fundraising dollars.

Since the NHRA Mello Yello Drag Racing Series season came to a screeching halt last month, drag racing’s winningest organization has made a series of efforts in the fight against the global COVID-19 crisis. It was announced in late March that DSR’s manufacturing arm, Don Schumacher Motorsports, had converted its two Stratasys 3D printers, which are typically used for race-related projects, to manufacture the headband components of medical face shields. Individually, several DSR drivers have gotten involved in relief efforts of their own, including most notably Top Fuel driver Leah Pruett’s recent ‘Cameo request’ program, which enabled her to raise more than $2,000 for her local food bank in Lake Havasu City, Ariz.

By participating in the Athletes for COVID-19 Relief program, DSR drivers join some of the world’s most elite sports personalities in donating autographed items to be used as a fundraising tool for the CDP’s COVID-19 Response Fund, a nonprofit dedicated to supporting preparedness, containment, response and recovery activities for those affected by the global pandemic. Each DSR driver has their own dedicated page on athletesrelief.org, which features their chosen prize pack. Fans interested in that particular prize pack can make a donation of $25 via the driver’s page to enter into a drawing to win the prize. The fundraising period runs through June 1, 2020, at 11:59 p.m. ET., and the winner will be chosen at random at the conclusion of the campaign.

As of this news release’s distribution, nearly 170 athletes from across the globe had joined in the effort, and $202,332 had been collectively raised with NFL superstar Rob Gronkowski’s signed football leading the way by drawing in $41,645 in donations.

“When we first heard about this campaign, we immediately knew this was something that was right up our alley,” said DSR Vice President Megan Schumacher. “Our team has in-demand items to offer; why not put those items to good use and raise money for a worthy cause during these challenging times.

“We presented the opportunity to our drivers, and each one of them jumped at the chance to get involved. They all quickly started raiding their closets for what they had on-hand that they could donate. It was wonderful to see everyone rally together, and we’re proud to have our entire roster of drivers participate in this program on a team-wide scope. This is another way for DSR to continue its longstanding tradition of charitable service to the community at large,” added Schumacher, referring to the team’s ‘giving car’ program, which benefits the Infinite Hero Foundation, MD Anderson Cancer Center, and Riley Children’s Foundation.

Fans are encouraged to visit athletesrelief.org regularly as additional celebrities continue to join the cause. 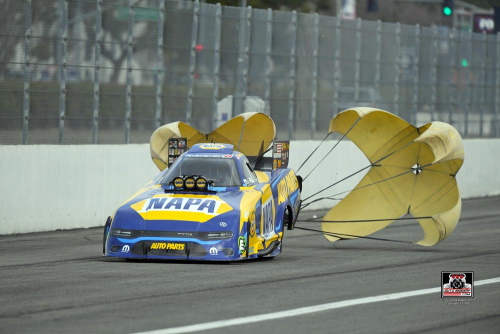 An autographed parachute from Ron Capps’ NAPA AUTO PARTS Dodge Charger SRT Hellcat is one of the many items available to win. Visit www.athletesrelief.org 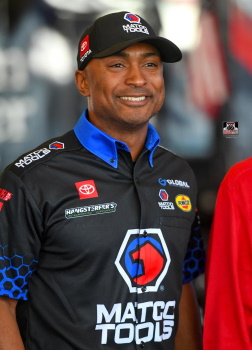 An official Matco Tools/Global Electronic Technology/Toyota crew shirt is one of the many items available to win. Visit www.athletesrelief.org 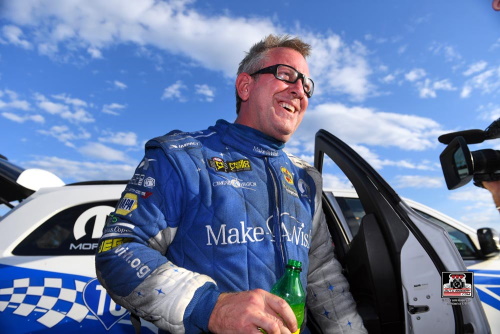 Tommy Johnson, Jr.’s 2019 firesuit is one of the many items available to win. Visit www.athletesrelief.org