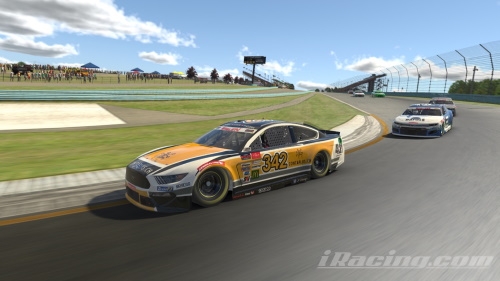 (May 26, 2020) –  Already a partner of the NASCAR Whelen Euro Series with the Fastest Driver Award, Italian exclusive titanium jewelry manufacturer Tijey joins the EuroNASCAR Esports Series. Tijey will award a unique titanium ring to the Champion of the virtual series created by Team FJ on iRacing.

At the end of the July 14, 2020 Final at virtual Circuit Zolder, the leader of the ENES points standings will not only bring 40 real-life points to his NWES team, but also receive a special Tijey titanium ring.

“After a fantastic experience in the 2019 NWES championship, in which Tijey awarded the best driver of each of the 7 weekends with an exclusive titanium ring, the new EuroNASCAR Esports Series definitely caught our attention. In these difficult times on global scale, we found it a very clever idea to fill this gap separating us from real life racing with a virtual championship, with the 2020 NWES drivers battling online from home,” said Tijey’s founder Luca Saladino. “The first few races were really hard-fought and exciting as the real ones, bringing both the spirit and the values that we enjoy so much in the real-life championship.”

“It is great to be able to rely on our partners in these challenging times. Tijey immediately jumped in our new Esports Series project to reward our best drivers in the same way they do in EuroNASCAR in real life with their exclusive Titanium rings! This gives everybody an extra motivation to win!” said NWES President – CEO Jerome Galpin.

In 2019 Loris Hezemans, Stienes Longin and Alon Day got two Tijey rings each, while Ander Vilarino earned one. 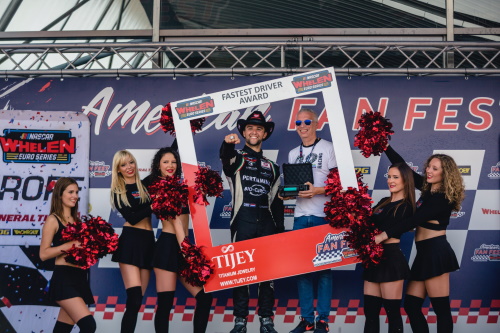 The EuroNASCAR Esports Series events take place every two weeks on Tuesday at 20:00 CEST. The next race is scheduled for June 2 at the famous Indianapolis Motor Speedway in the United States. All races are broadcasted live on the EuroNASCAR Youtube channel, Facebook page and Twitch profile as well as on Motorsport.tv.