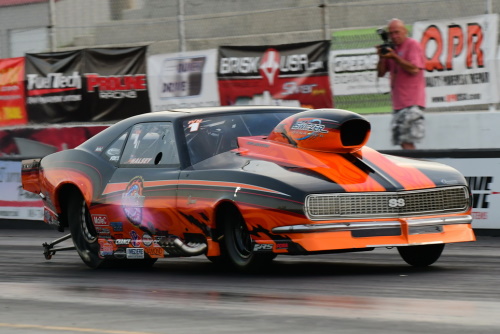 PRO NITROUS
Pro Nitrous front-runners Jim Halsey and Tommy Franklin were paired up for all three qualifying sessions. First, Halsey narrowly edged out Franklin in a low-3.70-second battle. Franklin evened the score with a 3.675 to take the top spot in the second session. Finally, Halsey took the top honors with his 3.664 at 206.61 in his Fulton-powered “Daddy Shark” ’68 Camaro to conclude the final qualifying session.

“I’m not sure if we would’ve been faster than Tommy’s 3.67 in the second round or not,” Halsey said. “We broke a transmission. It is what it is. We probably could’ve went a little faster tonight, but we just wanted to get down and get data. It’s always good to end the day on top.” 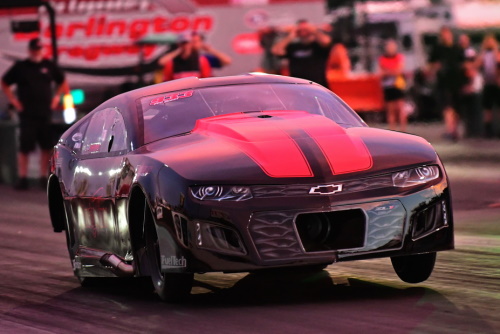 PRO BOOST
After winning two world championships in Pro Nitrous, Jason Harris made the move to Pro Boost for the 2020 season. He earned his first low qualifier award in the class when his Boone-Harris Racing ’18 Camaro lit up the scoreboard with a 3.674 at 203.90. He dedicated the performance to the team’s late longtime backer, Jimmy Boone.

“This has been a trying year for us, losing Jimmy Boone,” Harris said. “He was our main man behind us. He’d been with us for a long time, whether we were racing against him or racing with him. This No. 1 qualifier is for him. You can’t ask for anything better than going No. 1. Considering everything that’s going on in the world right now, it seems kind of miniscule, but right now I’m as happy as I can be. I can’t thank my guys enough. I just feel like I’m the guy holding the wheel.”

Harris was followed in the top three by two other drivers racing with ProCharger-boosted, Pro Line-powered entries, who both also recently switched over from Pro Nitrous. Randy Weatherford sits in the No. 2 position with a pass of 3.678 at 202.61 in his WS Construction ’17 Camaro and Johnny Camp is third in his “Hell’s Bells” ’69 Camaro with a 3.687 at 203.34. 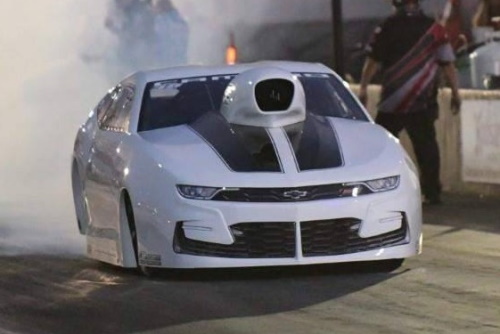 EXTREME PRO STOCK
In JR Carr’s second race in his new Frank Gugliotta-tuned 2020 Camaro, the Washington-based driver sealed up his first-ever PDRA Extreme Pro Stock low qualifier award. He did it on the strength of a 4.062 at 176.61 during the final qualifying session.

“I’ve qualified No. 1 in other places but not here, and that means a lot,” Carr said, thanking sponsors CP-Carrillo, Liberty’s Gears, Ram Clutches, Maxima Oil and M&K Sport Coach. “These guys are brutal. It’s a brand-new car – Rick Jones, Rickie Jones and the whole crew knocked it out of the park. The car just works really good. We’re still learning some things on it. Frank, Jason, Gary, Rich and my wife [Teri], it’s all of us working together, and we’re really happy.” 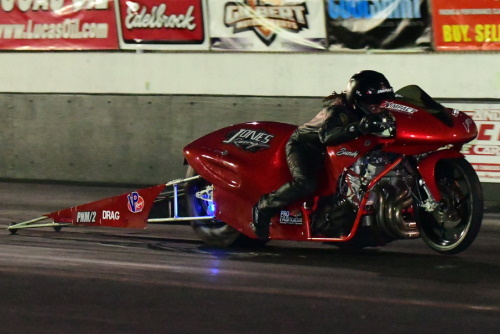 PRO NITROUS MOTORCYCLE
Chris Garner-Jones rebounded from a lackluster performance at the season opener by recording progressively quicker passes throughout qualifying, holding the No. 1 spot after each of the three sessions. He ended the day with a 4.027 at 172.68 aboard his TT Jones Racing Hayabusa.

“We went a 4.03 at home, so I knew we could come out here and go pretty fast,” said Garner-Jones, who tested at his family’s Huntsville Dragway before the Carolina Showdown. “The 4.02 should’ve been faster, but I let out early. It feels great though. I’m feeling pretty good going into eliminations tomorrow.” 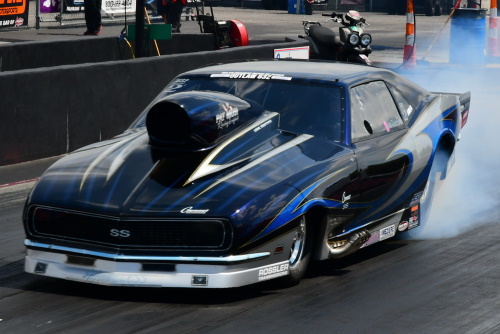 PRO OUTLAW 632
Wes Distefano, who dominated Pro Outlaw 632 at the PDRA’s last visit to Darlington Dragway last fall, made the first step toward another event sweep when he took his Musi-powered $hameless Racing ’68 Camaro to the No. 1 spot with a pass of 4.227 at 171.23.

“You always feel good when you can qualify No. 1,” Distefano said. “You see it all the time: a guy goes No. 1 and wins the race. Look at Walter [Lannigan Jr.] at the last race – that’s exactly what he did. Last year when we were here in Darlington, we were No. 1 and we won the race. It’s always a good feeling when you’re going into race day No. 1. It gives the driver and the crew a vote of confidence.” 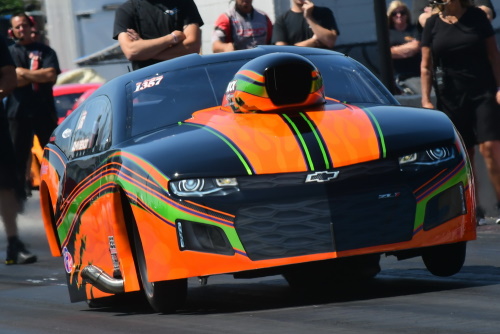 TOP SPORTSMAN
Vermont’s John Benoit steered his nitrous-assisted ’17 Camaro to a 3.821 at 198.33 to lead Friday qualifying in Elite Top Sportsman. Benoit also qualified No. 1 at the East Coast Nationals. 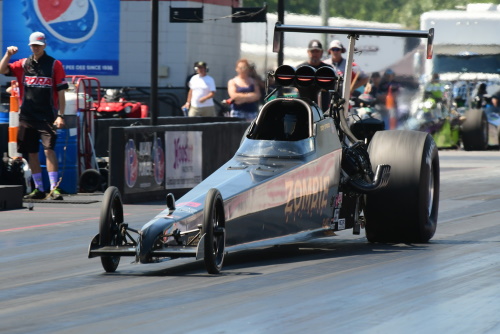 TOP DRAGSTER
East Coast Nationals low qualifier Jody Stroud is chasing another No. 1 qualifier award after making a 3.741 at 196.34 pass in his supercharged “Zombie” Spitzer dragster.

Defending Elite Top Dragster world champion Kellan Farmer is sitting just outside the Elite field, with a 4.033 at 177.73. Though it puts him No. 1 in the Top Dragster 32 field, Farmer will look to improve in Saturday’s final qualifying session.

The PDRA Carolina Showdown presented by ProCharger will continue Saturday at 9 a.m. with a final qualifying session for the sportsman classes, followed by first round of eliminations. Pro class eliminations will kick off at 3:30 p.m., with the final rounds scheduled for 9:45 p.m.