“This move will give us the best chance to race in front of fans, which is obviously the goal for everyone here at PDRA,” said Tyler Crossnoe, series director, PDRA. “I feel like the state of Virginia might allow us a limited number of fans by late July, and buying an extra week to possibly be able to race in front of fans is worth the gamble. The race will happen regardless of the fan status, but we absolutely want to race with fans in the stands.”

In addition to improving the chances of racing in front of fans, the new event location and date is also intended to benefit teams, especially those chasing PDRA world championships. 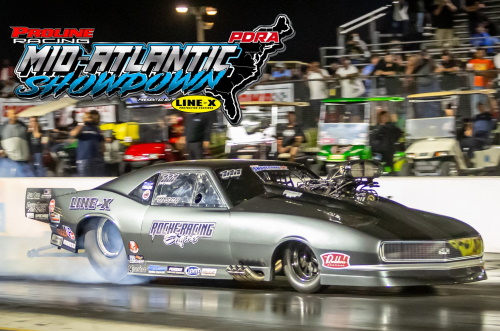 “These changes will allow teams more time to service after two races in three weeks to start the year off,” Crossnoe added. “After reviewing other track and series updated schedules, we believe this move also gives people who supported us early in the year a chance to continue their quest for a world championship with the PDRA.”

Maryland International Raceway has been a mainstay stop on the PDRA tour since 2015. The historic facility is located in a part of Maryland that would make it difficult for the PDRA to host the North-South Shootout with a full roster of professional and sportsman teams and fans.

“After much discussion with Tommy [Franklin, PDRA co-owner] and Tyler, it was clear the best option for the series and this event was to move the location and the date,” said Royce Miller, general manager, MDIR. “I completely support this decision and want what is best for the long-term health for the PDRA series and future events at MDIR. Many tough decisions have to be made to navigate the current environment we are in. I applaud Tommy and Tyler for working through this together with me, and we look forward to many great future PDRA events at MDIR.”

Pro Line Racing signed on as the title sponsor of the Mid-Atlantic Showdown, while Frederick Line-X is staying on to support the race even after its move away from the business’s home track.

“We really appreciate Jim Gloyd and his team at Frederick Line-X continuing their support of the PDRA and this event,” said Will Smith, marketing director, PDRA. “We’re also glad to have Pro Line Racing sign on as an event title sponsor for a second race this season. Loyal, supportive sponsors like these make it possible for us to move forward through this challenging time.”

More information on the PDRA Pro Line Racing Mid-Atlantic Showdown presented by Frederick Line-X will be available at www.Facebook.com/pdraracing and www.PDRA660.com.