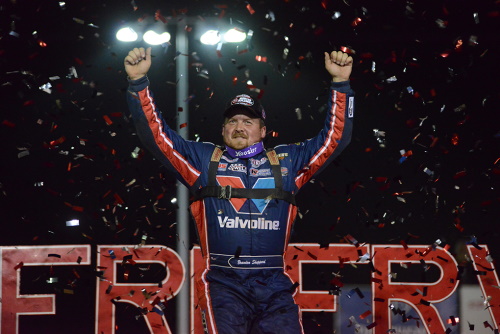 SARVER, PA. (June 27, 2020) – Less than 24 hours after Thursday’s preliminary win was ruthless ripped from his grasp in the final corner, Brandon Sheppard of New Berlin, Ill. got his vengeance in the best way possible; by winning.

Drawing the pole position after he was QuickTime in his group and won his heat race, Sheppard piloted the Rocket1 Racing, Valvoline No. 1 to a dominant Friday night win at the Firecracker by leading all 25 laps around the Lernerville Speedway. His conquest at the Sarver, Pa. 4/10th-mile marked his 60th career World of Outlaws Morton Buildings Late Model Series feature win. 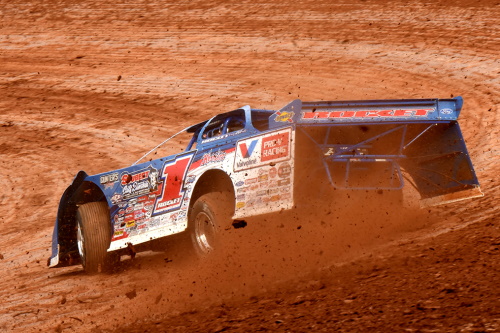 Sheppard’s win on Friday at Lernerville was the 60th of his World of Outlaws Late Models career. (Paul Arch Photo)

“This track was definitely a lot different than what I’m used to, but we were still really good,” noted Sheppard on the conditions. “I could run the middle-to-high real well, didn’t try the bottom too much, but I felt comfortable down there when I did. I think tonight says a lot for tomorrow, because the big race will probably be a little bit more slicker and I don’t know if it will be this slick or not. I have a feeling we’ll be between last night and tomorrow on the track. Either way, it’s gonna be a great race.”

While Sheppard paced the 25-lap feature from the pole, the Sarver, Pa. crowd had another front row hopeful to cheer for on Friday night. Going second-quick and winning his heat race, Boom Briggs of Bear Lake, Pa. put his Chub Frank Racing, CJ’s Auto Transport, Barry Wright Race Cars No. 99B on the outside pole of the feature; his best starting spot of the season with hopes of his first-career World of Outlaws Late Model Series win on the line.

Beginning a green-to-checkered run, Sheppard immediately gained control of the top spot while Scott Bloomquist of Mooresburg, Tenn. wrestled the runner-up spot away from Briggs. While “The Rocket Shepp” raced into lap traffic at halfway, the battle behind him heated up as fourth-starter Mike Norris got his act together and came charging in the late running.

Passing Bloomquist for second on lap 15, “The Crusher Kid” began to track down Sheppard with ten laps remaining as the intensity picked up at Lernerville. Cutting his lead from 2.9-seconds to 1.2-seconds, it was evident that Norris was coming for Sheppard’s lead (with the aid of lap traffic), but the laps were running out while Norris still had ground to make up. 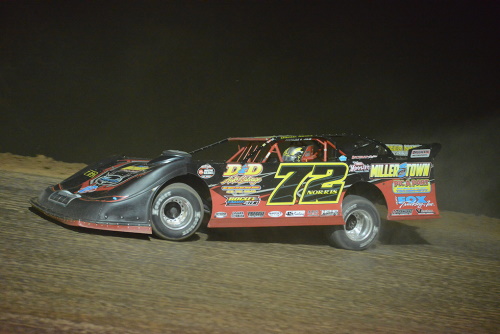 In the end, Norris ran out of time in his pursuit for Sheppard, having to sit back and watch the No. 1 take the checkered flag and keep Norris winless in Firecracker preliminary action for the first time since 2017. For Norris, being disappointed is just a reminder of how far he and his team have come.

“This is definitely a little redemption for us,” Norris said after finishing 10th on Thursday. “It’s crazy to think that when we started we just wanted to make these features and now we’re disappointed with tenth-place finishes. Tonight felt really great though. We’re in pretty good company up here on this podium. I think we’ll have something for them tomorrow. We’ll see what the weather brings and go from there.

Surviving that late rally from Norris, a Friday night win for Sheppard not only meant a milestone career win with the World of Outlaws, but he also gave Steve Baker, Rocket Chassis co-owner, a birthday present with a trip to victory lane. Even after two championships, 60 career wins, and countless other accomplishments, the New Berlin, Ill. native is still thankful to this day for Baker and Mark Richards taking their chances on him.

“They’ve got more than 40+ years of experience and notes that go as far back as possible,” said Sheppard on the success of Rocket Chassis. “That’s the key to being out here on the road. I’m so fortunate to be able to work with them. They took a chance on me back in 2012 and we’ve been working close together ever since. It’s still a dream come true for me to this day,”

Following Sheppard and Norris to the strip on Friday was Scott Bloomquist with fourth-consecutive top five finish aboard the Drydene Performance Products No. 0. The National Dirt Late Model Racing Hall of Fame Inductee is certainly one to keep an eye on in Saturday’s $30,000-to-win finale. Bloomquist has three former titles at the Firecracker and the No. 0 has been rock solid all weekend long at the Sarver, Pa. 4/10th-mile. 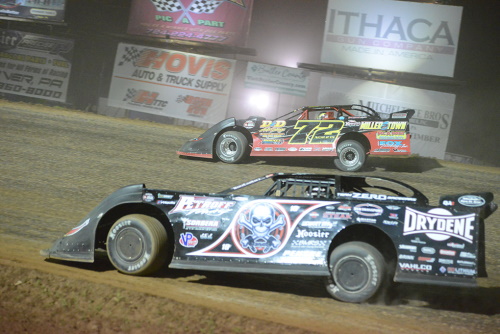 “I love it,” Bloomquist said on Lernerville. “We’ve been coming here for a long time, we’ve had some good runs and won some races. We’ve been making some mistakes with tires that we need to fix tomorrow. Last night we put a hard tire on and that was wrong, tonight we put a soft tire and needed a hard one. At least we know what we’re getting into tomorrow. Hopefully the weather holds off and we can get up front.”

Cade Dillard, Thursday’s runner-up finisher, ended up fourth aboard his MB Customs No. 97, giving him the best average finish of any driver through the two preliminary features. Boom Briggs, who started on the outside pole, earned a season-best finish of fifth-place aboard his No. 99B. Rounding out the top ten on Friday night was Mason Zeigler, Gregg Satterlee, Darrell Lanigan, Chase Junghans and Chris Madden.

The 14th rendition of the Firecracker will conclude tomorrow night at Lernerville Speedway tomorrow night with a $30,000-to-win, $1,000-to-start, 50-lap main event airing LIVE on CBS Sports Network at 9:00pm ET. Tickets are still available for purchase at the gate for those in the area. 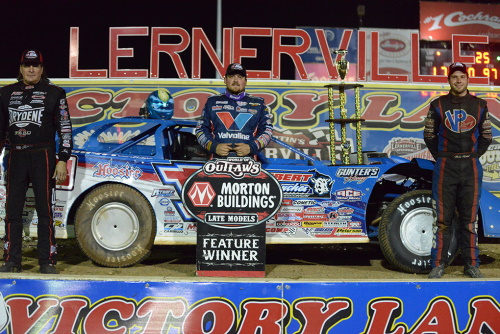