INDIANAPOLIS, IN (June 29, 2020) – Although the 2020 racing season has been anything but normal, at least one thing remains consistent: KECO Coatings continues as a longtime partner of Sam Schmidt, co-owner of Arrow McLaren SP in the NTT IndyCar Series. The Indianapolis-based provider of coating processes for high-performance industries began its long-time support of Schmidt when he began his career as an IndyCar driver in 1997. This season KECO Coatings’ logo appears on the two Arrow McLaren SP Chevrolets driven by Oliver Askew and Pato O’Ward, continuing one of the longest sponsorships in IndyCar.

KECO Coatings uses racing to showcase the technical expertise and resources it brings to its customers and as a mobile laboratory for research and development. KECO applies data gathered from Arrow McLaren SP’s race cars to improve its coatings used on pistons, exhaust systems, wheels, suspension components, gearbox housings and racing equipment. 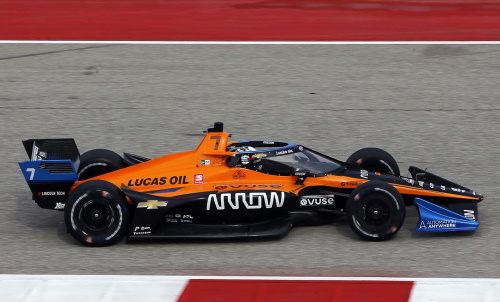 “Our association with the Arrow McLaren SP NTT IndyCar team showcases KECO’s technology in action,” said Mike Klinge, president of KECO Coatings. “We are pleased to have Sam and his drivers represent us in this very competitive series and its premier event, the Indianapolis 500.”

“Arrow McLaren SP is all about technology and innovation as key factors in allowing us to win,” Schmidt said. “Our partnership with KECO Coatings helps us accomplish those goals. In addition, this relationship is very special to me in that we have been working together since 1997! Mike [Klinge], Cindy [Klinge], Marti [Humphrey] and everybody at KECO are family.”

Askew, 23, of Jupiter, Fla., is the reigning Indy Lights presented by Cooper Tires champion, the 2017 Cooper Tires USF2000 champion, and a candidate for the 2020 IndyCar Rookie of the Year award. 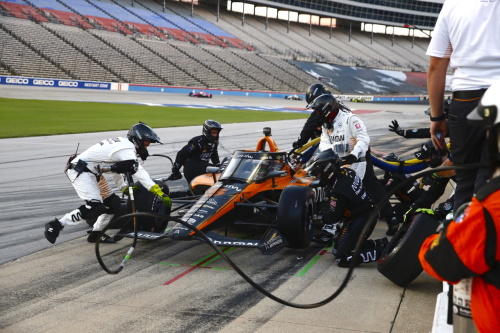 O’Ward, 21, is a native of Mexico although he has lived in Texas for many years. He was the 2018 Indy Lights presented by Cooper Tires champion. He competed in seven IndyCar races in 2019 and one in 2018, earning two top-10 finishes before the start of the 2020 season.

Askew finished ninth and O’Ward was 12th in the 2020 season opener June 7 at Texas Motor Speedway. The next race is July 4 on the road course at the Indianapolis Motor Speedway.

Fernando Alonso will join the young Arrow McLaren SP duo at this year’s Indy 500 in the Ruoff Mortgages Arrow McLaren SP Chevrolet. Alonso was the 2005 and 2006 Formula 1 world champion. He is widely regarded as one of the greatest F1 drivers in history.

Gil de Ferran is the team’s sporting director. He was the 2000 and 2001 CART champion and he won the IRL-sanctioned Indy 500 in 2003 driving for Team Penske.

Another person on the team fans will recognize is the 2018 IndyCar Rookie of the Year, Robert Wickens. He continues to make outstanding progress in a state-of-the-art rehabilitation program after suffering serious injuries in an IndyCar race at Pocono (Pa.) International Raceway in 2018.

KECO, which has two locations in Indianapolis and another in Statesville, N.C., has been supplying coating processes to the racing and high-performance industries since 1983. For more information please see kecocoatings.com. 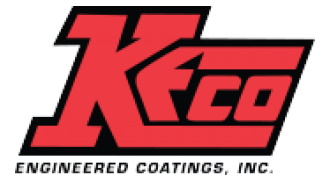 KECO, an Indianapolis-based company with another location in Statesville, N.C., has been supplying coating processes to the racing and high-performance industries since 1983. Processes include Kephos, dry film lubricants, thermal barriers, custom powder coatings, custom coatings, Cerakote, and Teflon®. Some applications include pistons, exhaust systems, frames, wheels, suspension components, gearbox housings and race equipment. KECO continues to develop coating processes through research and development and relies on the technical feedback and results from team members. KECO utilizes this information as it specializes in developing and applying high-performance coatings for various industries, including printing and packaging, automation, food processing, automotive, chemical processing and motorsports. Research and development is essential to the on-going advancement of the coating processes in KECO’s portfolio. For more information please visit kecocoatings.com.