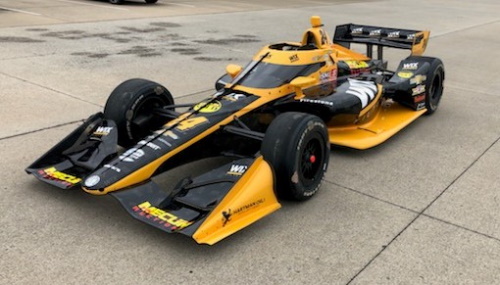 SPEEDWAY, IN (June 30, 2020) – It’s hard to believe that it has been seven years since the Dreyer & Reinbold Racing team competed in an NTT INDYCAR SERIES road course event when the Carmel, Ind.-based operation placed fourth in the streets of Sao Paulo, Brazil.

Since driver Oriol Servia drove a sensational race for DRR in May 2013, team owner Dennis Reinbold and his veteran squad have concentrated on the world’s biggest motorsports event, the Indianapolis 500, each year.

Reinbold was seeking to return to more series events if the budget would allow. In 2020, WIX Filters, a longtime DRR partner, expanded its involvement with the DRR organization and now the team brings young Sage Karam to this weekend’s GMR Grand Prix at the famed Indianapolis Motor Speedway in the No. 24 DRR WIX Filters Chevrolet.

It marks DRR’s first NTT INDYCAR SERIES road racing contest at IMS as well as Karam’s initial outing in an IndyCar at the 2.439-mile, 13-turn circuit inside the historic 2.5-mile oval.

Sage’s only IMS road course appearance was in 2014 when he teamed with Scott Pruett to score a prototype sports car runner-up finish for Chip Ganassi Racing in the IMSA race.

This Saturday’s (July 4) road race also marks another accomplishment for the legacy of the Dreyer and Reinbold families at IMS which dates back to 1927 when Reinbold’s grandfather, Floyd “Pop” Dreyer, served as a crewman on the famed Duesenberg team. 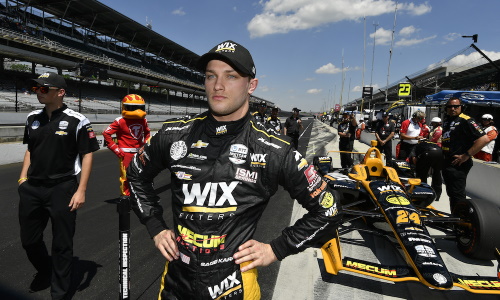 “After the postponement of the St. Petersburg race with the COVID-19 issues, we felt that running Sage and the No. 24 DRR WIX Filters Chevy at the GMR Grand Prix at the Speedway would fit our racing plans,” said Reinbold. “Wow, it’s been seven years since we’ve done a road or street course or anything outside of the Indy oval. And the Indy 500 being postponed until August helped our team’s decision. We are very excited to come back to IMS for the Grand Prix.”

For Karam, the GMR Grand Prix has been on his “Wish List” for many years and the 25-year-old racer from Nazareth, PA has been testing with simulation runs in learning the IMS road circuit again.

“It’s been a long time for the Dreyer & Reinbold Racing team to run more than just the Indy 500,” said Karam, the former Indy Lights and F2000 champion. “They have been trying hard to expand their IndyCar program and, this year, WIX Filters extended its partnership to run some road courses. We were already to go at St. Petersburg when the (COVID-19) pandemic lockout started. We had to pack up and take everything back to Indy. We had put in a lot of work with testing, simulation runs and purchasing some road course parts with Dallara. We were hoping to run more events in 2020. But some races were postponed or cancelled.

“So, I’m very excited to run the IMS road circuit this weekend. The Indy GP was not originally on our 2020 schedule and I really wanted to do it. Now we get that opportunity. I ran a sim test recently for the IMS road course. We are ready to go. It is a big learning curve for myself and DRR as it’s over seven years since DRR has run an NTT INDYCAR SERIES road race.” 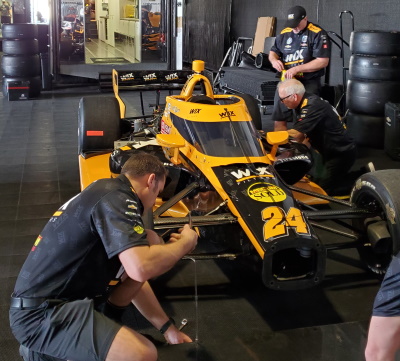 After the St. Petersburg weekend postponement, Karam drove in the INDYCAR CHALLENGE IRacing sim series and recorded a race win at Watkins Glen International and scored two pole positions. The former high school wrestler and football player has kept fit with a makeshift gym in his father’ home basement.

“In the off time, the gym I usually train at was closed and my dad (Jody) and I had to get a makeshift gym set up in his house’s basement,” said Sage. “We actually drove to Ohio and almost to Indianapolis to pick up gym equipment for our training. It was good bonding with my dad to train. I was able to do some karting in the down time. And, of course, we did well in the iRacing program put together by IndyCar in the six-race series in the Spring. It was great to get our sponsors for Dreyer & Reinbold Racing – WIX Filters, Mecum and Chevy – at the front of the field in the IRacing events.”

Karam has been limited in his NTT INDYCAR SERIES career with mostly Indy 500 only appearances in the past four years. So, he has been anxious to return to the road circuits.

“It was a tough situation at St. Pete as I were very excited to run there,” Karam says. “And it just wasn’t me. There were guys moving up from the Indy Lights and other guys who were looking for full-time rides with new opportunities. It has been tough for the drivers to sit. Many guys had been waiting to make their dream a possibility and they had to wait. It’s good that we can show our sport in action again after so many sports have been halted. I think the drivers want to put on the best possible show for the fans because we all – teams, drivers, sponsors and fans – have missed the racing. The fans are what makes the racing world go round.”