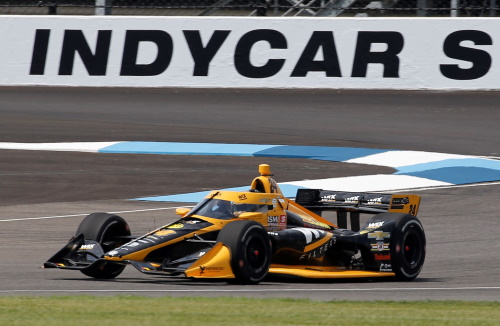 SPEEDWAY, IN (July 3, 2020) – Sage Karam and his Dreyer & Reinbold Racing team knew Friday was going to be a steep learning curve for the Carmel, Ind.-based NTT INDYCAR SERIES squad in the organization’s first road racing effort in seven years.

For Karam, it had been six years since his last Indianapolis Motor Speedway road circuit outing and that was in a prototype sports car. Just a simulator day last week was Sage’s only IndyCar showing to the 2.439-mile, 13-turn road course inside the famed 2.5-mile oval.

After 28 laps in the opening practice Friday, Karam drove the No. 24 DRR WIX Filters Chevrolet IndyCar to 23rd position in qualifying and will start on the inside of the 12th row for Saturday’s 80-lap GMR Grand Prix scheduled to get underway at 12:08 p.m. EDT.

The 25-year-old Nazareth, PA racer posted a best time of one minute, 11.777 seconds for an average speed of 122.328 miles per hour on his fourth flying lap during the first opening round of qualifications Friday. However, the hot 90-plus degree temperatures made for a tricky track surface with a pavement temperature up to 130 degrees and teams were seeking traction. 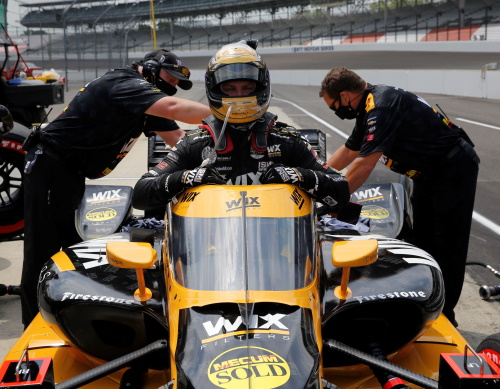 “It was a big IndyCar first for the DRR crew and I on the IMS road course,” said Karam, the former Indy Lights and F2000 champion. “So P23 in qualifying in our initial day on the track. We were in the first qualifying round and we ran after the stock cars who left the Goodyear rubber on the track. It is an uphill battle since we are new to road racing again. But we are chipping away at it and getting stronger each run. We had a small car issue in practice.

“But we got it back running quickly and I was able to finish the practice session. We are going to have to work some magic in the race tomorrow (Saturday) but I’m feeling good! Actually, I’m very confident with this car right now. We are closing the gap on the front runners. Thank you to all the Dreyer & Reinbold Racing WIX Filters boys for the continued hard work!”

Karam, a six-time Indy 500 starter, makes his first GMR Grand Prix start at IMS Saturday and it will be first start for Dreyer & Reinbold Racing team at the IMS road course since the team was formed in 1999. DRR has qualified 40 drivers for the Indy 500.

The GMR Grand Prix Saturday action will include a warmup at 9 a.m. with the 80-lap NTT INDYCAR SERIES event will start at 12:08 p.m. 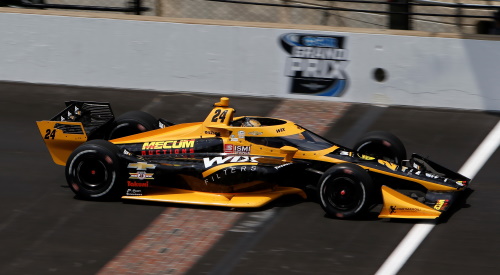