SPEEDWAY, IN (July 5, 2020) – Sunday’s 80-lap GMR Grand Prix at the Indianapolis Motor Speedway was like a completely new experience for racer Sage Karam and his Dreyer & Reinbold Racing team with their No 24 DRR WIX Filters Chevrolet IndyCar.

Both Karam and the DRR squad had never competed previously on the fast 2.439-mile, 14-turn IMS road course with an NTT INDYCAR Series machine and the Carmel, Ind.-based organization knew there was an uphill battle in the 90-plus degree temperatures. 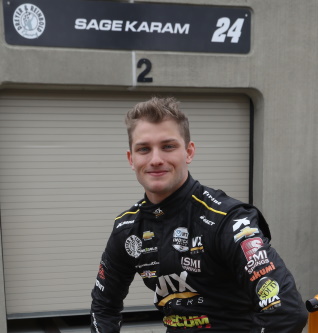 But despite a 23rd place finish from his 23rd starting position, Karam showed speed with the DRR WIX Filters Chevy throughout the day Saturday at the world’s greatest racing facility. 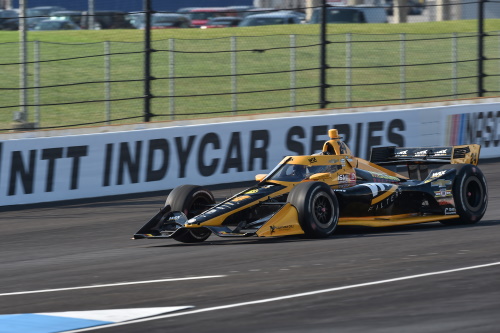 In Saturday’s feature, Karam started on scrubbed Firestone RED racing tires and put on an impressive run from 23rd to 16th by lap 10. With many teams attempting different strategies, Sage was able to run as high as fifth by lap 19. Unfortunately, the mid-race full course yellow flag period cost Karam and his team a possible top ten.

But Karam continued to show speed on track as the team made chassis and tire adjustments with the DRR WIX Filters Chevy. In fact, by lap 50, Sage had recorded the eighth fastest lap of the race at 1:12.217.

Overall, Karam and the DRR team were not pleased with their finish, but the squad’s road race performance after seven years away from road circuits and the first road event ever at IMS proved to be a solid showing. The improvement throughout the weekend was a strong foundation for the team’s next road racing appearance. 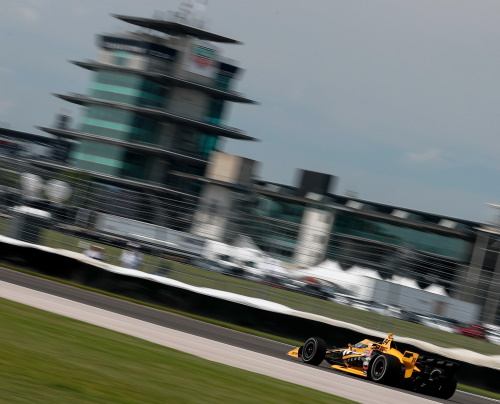 “We had a fast car today after a strong warm-up when we were sixth quickest,” said Karam. “We moved up well early in the race and our strategy looked very good. But we caught the yellow flag just at the wrong time and it cost us big time. I truly believe we had a shot at a top ten finish today.

“Considering the DRR guys had not run a road race in seven years and never at the IMS road course, our pit stops were excellent, and the car improved every session we ran including the race. My only IMS road race was in 2014 and an IMSA sports car race. So, with experience now after today, I’d love to come back here for the October road race. It was very impressive how the whole team came together with their first road race in so many years. Sure, it was hot in the cockpit, but I feel very good after the 80 laps. It was a successful weekend for us. We are all excited to come back next month for the Indy 500 now.” 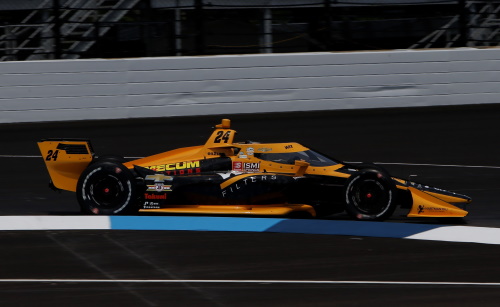