INDIANAPOLIS, IN  (July 7, 2020) – The JEGS Mail Order team will be represented at the E3 Spark Plugs NHRA Nationals in Indianapolis by Jeg Coughlin Jr. and his nephew, Troy Coughlin Jr., who will both be competing in the Pro Stock category.

Jeg Jr. began his pursuit of a sixth NHRA Mello Yello Drag Racing Series Pro Stock title (and seventh overall) with a victory in Pomona and a quarterfinal finish in Phoenix. Jeg Jr. is once again racing as a member of the Elite Motorsports team. His Chevy Camaro will carry the familiar yellow and black colors of JEGS Mail Order along with the special edition JEGS 60th anniversary logo this season. 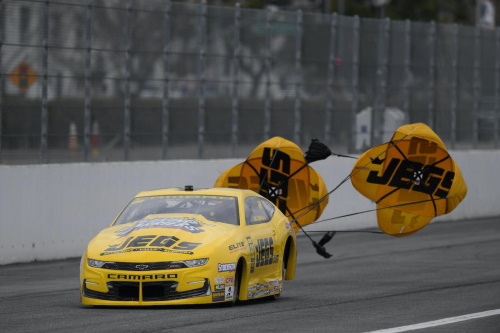 After winning national events in Super Gas, Super Comp, and Top Alcohol Dragster, as well as successful stints in Top Fuel and Pro Mod, Troy Jr. will be making his NHRA Pro Stock debut at this event. He will be driving the Elite Mustang normally raced by Marty Robertson.

Last year, Jeg Jr. finished as the No. 2 ranked driver in the Pro Stock class behind Elite teammate Erica Enders. It was the second-straight year that he’s been the championship runner-up. Jeg Jr. has now finished in the top ten 19-times in his professional career, which began in 1997.

Jeg Jr. has announced 2020 as his last full-time season in professional drag racing. Coughlin’s final campaign is dubbed the “Breaking Barriers Tour,” in reference to his many racing accomplishments. 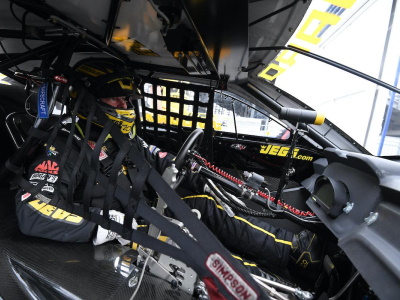 In 20 career appearances at the U.S. Nationals at Lucas Oil Raceway Indianapolis, Jeg Jr. has a round win record of 27-16 in Pro Stock, making it one of his most successful tracks. 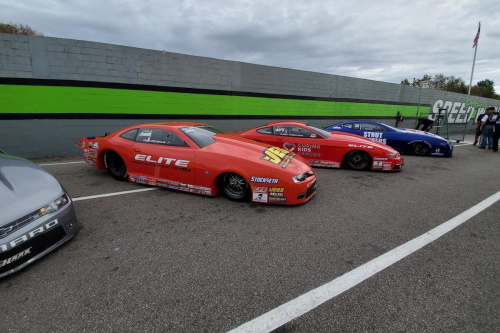 Troy Coughlin Jr. will be making his Pro Stock debut in NHRA

Jeg Jr. is the only professional racer in history to win a national event title from all 16 starting spots. During his Indy win in 2000, Jeg Jr. qualified No. 16.

With 64 Pro Stock wins in his career, Jeg Jr. ranks fourth all-time among Pro Stock drivers. Only Warren Johnson (97), Greg Anderson (94), and the late Bob Glidden (85) and have more titles.

Jeg Jr. has been the low qualifier 43 times in Pro Stock including the first two events in Pomona and Phoenix this year. 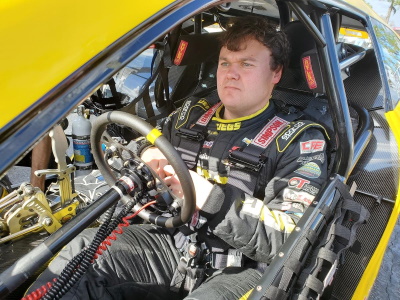 Troy Coughlin Jr. tested extensively in the off season

During his career, the versatile Troy Jr. has raced in Top Fuel, Top Alcohol Dragster, Pro Mod, Super Comp, Super Gas, Top Dragster, E.T. Brackets, and Jr. Dragsters. Earlier this season in Orlando, he made his debut in the Pro Stock class alongside his uncle, Jeg Jr. The JEGS Mail Order teammates raced in round two with Jeg Jr. taking a narrow victory.

In addition to his success in NHRA events, Troy Jr. also is regarded as one of the sport’s best E.T. bracket racers. He has accumulated several major victories including a $25,000 payday at the Atco Dragway Superbucks event and a $10,000 win the Spring Buck Blast at South Georgia Motorsports Park. He also won a $20,000 race at the Powerball of Bracket Racing event in Darlington, S.C.

Team JEGS – By the Numbers

7: Different classes where Jeg Coughlin Jr. has won at least one NHRA national event title (the only driver in history to do so)

11: Number of classes where the Coughlin family has earned an NHRA national event victory