Note:
Prior to the race weekend, DSR will host a mini press conference and driver availability session with all eight Mello Yello drivers on DSR’s current roster. The event, taking place from 3:00 – 4:00 p.m. on Friday, July 10, is open to media only, and RSVP is required. To request to attend, please contact Allison McCormick at mccormicka@shoeracing.com 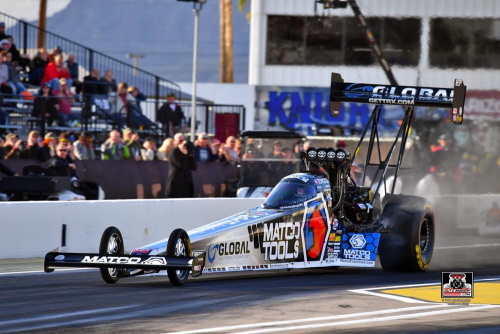 Quotable:
“Just really excited to get back to racing. It’s been more than four months off. This is my hometown race and I’m looking forward to great things this weekend. Not only will I be back out on the track with my Matco Tools/Global Electronic Technology/Toyota team, but I’m looking forward to getting back out there with my longtime teammate, Tony Schumacher, who is making a comeback for these first two races. I’ll be in the Matco car, he’ll be in the Global car, we both have TRD backing and Brian Corradi calling the shots, so it’s pretty exciting because it’s truly like a teammate car. I’m just pumped to get back out there with Brian, Mark Oswald, and our whole entire team with the addition of Tony. I’m ready for some nitro, and ready to burn some Goodyear rubber.” 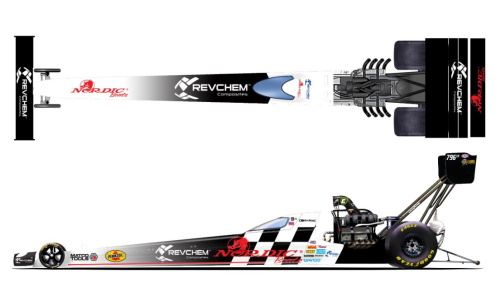 Quotable:
“I’m so excited to back with DSR and be reunited with a lot of the guys that I worked with in the past. This Nordic Boats/Revchem Composites dragster looks fantastic, the paint job is just unbelievable. Mopar, NAPA, Pennzoil, they’re all on there, they all look great. The crew guys have worked really hard to get the car ready, and everyone in the front office staff at DSR has made sure every little detail is taken care of. Huge thank you to my partners and the staff at DSR. This couldn’t have happened without all of their support, and I can’t wait to see everyone this weekend.” 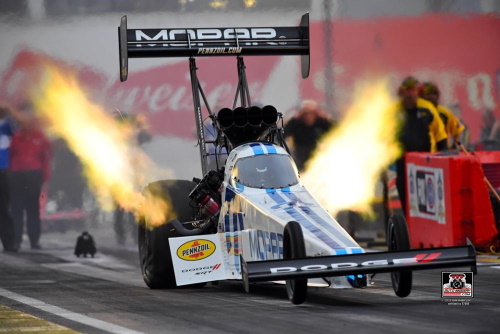 Quotable:
“I feel like we’ve all been living the real-life motorsports version of double-dutch, waiting for the right time and circumstances, and it’s finally our turn to return. Excited would normally be the term used for the feeling I get when race week nears, but I honestly feel the more precise description is ‘ready.’ We already had a strong performing race car when the hiatus began, and this Mopar crew has taken this time to ensure that performance stays maximized. I’ve properly filled my time with various athletic activities, and attending/watching other racing, but have confirmed that nothing comes close to the sensory-impact of nitro racing. Composure within competition has been a focus of mine during this time, and there is nothing more in this world that I am looking forward to more than strapping back into our Mopar Top Fueler and chasing that Wally.” 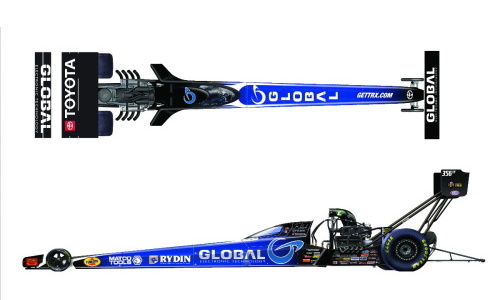 Quotable:
“I can’t tell you how excited I am to get back to Indianapolis. It’s been a long time sitting on the sidelines, and I can’t thank Global Electronic Technology enough for getting me back on the track for these next two weeks. I feel so incredibly blessed to have the opportunity to add to not only 84 Top Fuel wins, but 10 Indy wins.

To be able to team up with Antron Brown, Mark Oswald, and Brian Corradi is phenomenal. They’re a great bunch of guys who know how to win championships. We have Global Electronic Technology on the side, Toyota, Rydin Decal, Quality Mat Company, Matco Tools, Pennzoil; you couldn’t ask for a better group to be on the side of a car to welcome you back, even if it’s just for a few races. I’m looking forward to seeing everyone, and I look forward to hitting it hard and adding some round wins with a couple of great crew chiefs and amazing sponsors.” 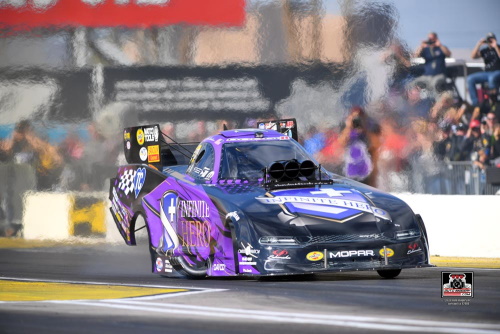 Quotable:
“Everybody is talking about getting back to business as usual, and in racing, we’re going to be getting back to business, but there’s nothing usual about it. This is completely unprecedented. We’re going to lose Friday qualifying at every race from here on out, and that could drastically change your approach as a crew chief and as a driver just in qualifying. And then none of us have been in a race car for probably the longest period in our drag racing careers, so we’re going to get to make shakedown runs the day before a race weekend. I don’t think that’s been allowed for nearly 50 years in drag racing. So, the scenario is what it is, and we’re all going to do our best to make things get back to whatever ‘normal’ is as quick as possible, but I’ve got to tell you, I’ve had driving withdrawals and now I feel like it’s so sudden. After waiting for so many months, I’m looking at the calendar and it’s like when you’re a kid getting ready to go back to school. I just can’t wait to get my bag packed and get on that airplane.” 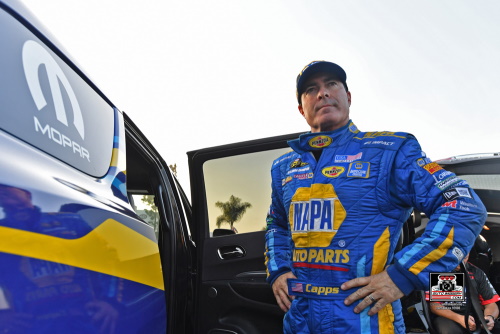 Quotable:
“2020 has been full of surprises, to say the least. It’s going to be nice to get a little bit of normalcy back in our racing lives. Once NHRA announced that we had these two races in Indianapolis, it didn’t seem like it was going to get here fast enough, and now we’re finally here. The fact that we’re going to be on FOX network on Sunday is a great thing for motorsports fans.

“It’s going to be a treacherous, hot, humid weekend, which we know can be very difficult, especially with 11,000-horsepower nitro engines. I brag about the NAPA Know How with our team and we’ve shown that we can run in those conditions as good as anybody. This is going to test a lot of people. We’ll get a couple of shakedown runs on Friday, and then it’s just two rounds of qualifying on Saturday, so you’re not going to have a whole lot of data to go off of. That’s why the way that Rahn Tobler, and I, and our whole NAPA team work together is so important, and these conditions will test every bit of every crew member. I’m looking forward to the challenge. Can’t wait to get back into the NAPA car and step on the gas for the first time and just relive what made me fall in love with driving a nitro Funny Car. Hopefully, the NAPA team will be on FOX on Sunday afternoon standing with a Wally from Indianapolis.” 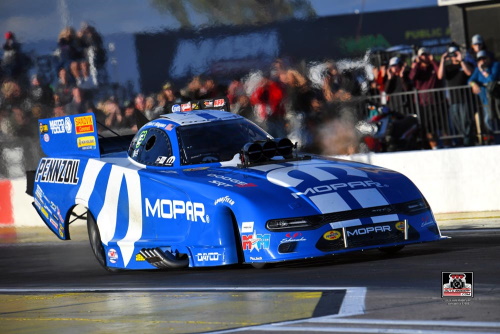 Quotable:
“I’m really excited about getting back to racing in Indy. We’re such a fan-engaged sport – we’re so used to being able to take pictures with the fans, fist bumps, all that, and it’ll be a different vibe. We did some virtual autograph sessions with Mopar during our downtime, and that was cool and I think our fans really enjoyed that. At the end of the day, we’re entertainers and we’re going to make sure we entertain our fans and make sure we give them a great show on the race track. I’m just excited to be able to be back and be able to rep our partners in Mopar, Pennzoil, and Sandvik on the track. Every weekend you’re so used to driving 330-mph. I never thought there was anything other than racing, but it’s been good being able to spend some time at home growing my businesses. I was able to get a really good handle on these companies I’m growing, and now I’m able to fully focus on racing again. We had a really great car when we left off. We were No. 1 qualifier at the first two events, and I’m excited to get back in my Dodge Charger SRT Hellcat. Bring it on, let’s go do this.” 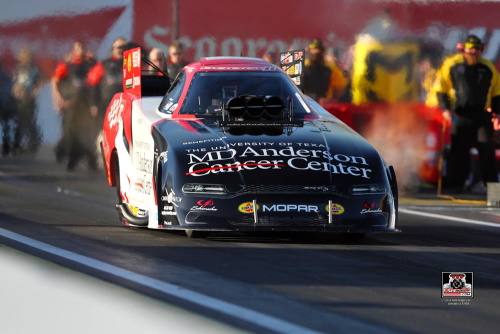 Quotable:
“I’m certainly excited about going back racing, but it’s been a long period of downtime, and there are some jitters that go along with that. Being out of the car for so long, it’s going to take a few runs to get back into the swing of it. We were doing so well and had some good momentum going before the break and you hope that continues. You park the car and don’t touch it for so long, and it’s been sitting there ready to go for a while. We had an opportunity to improve on it, we put on a new front half. We have a great team and a great car. It’ll take a little bit of getting used to those first days back, but that’s the same for everyone. It’s going to be great to get back to some sort of normalcy, even though there will be some restrictions. I’d love nothing more than to pull off a win at both of these Indy races and take the lead in the points.”