Sunday’s win was the 32nd for Blackdog in GT4/GTS competition, the most in the category. It was a far cry from Friday’s result in the weekend’s first race where turbo-related issues relegated Cooper to finish six laps down. 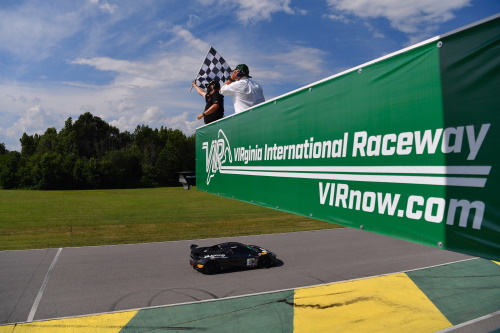 Things began to turn around quickly with a victory the next day from the fourth position. In addition to the win, Cooper secured a second-place starting spot for Sunday’s race.

In Saturday’s victory, he made a trio of passes in the technical part of the VIR circuit. Sunday, Cooper made his winning pass with a power move in the McLaren on the long backstraight 12 minutes into the race. The only seemingly tense moment was a restart from a full-course caution period with 25 minutes to go, but Cooper and the McLaren eased away from the field and maintained a steady gap rest of the way.

Blackdog Speed Shop next moves to Sonoma Raceway in Sonoma, California for the next Pirelli GT4 America event August 7-9. 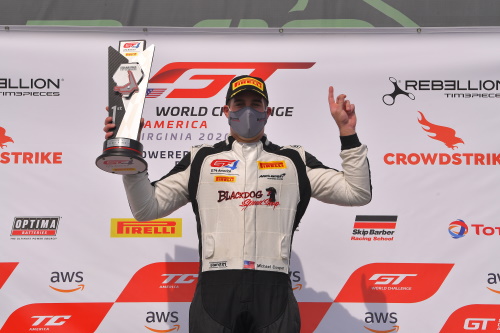 MICHAEL COOPER, NO. 10 BLACKDOG SPEED SHOP McLAREN 570S GT4: “After Friday and what was certainly the worst results day of my professional career, I told Ray Sorenson (team manager) that this championship isn’t over; it’s just getting started. Now we’re leaving with the points lead. I can’t thank the team at Blackdog Speed Shop and McLaren enough for what they did to get this car turned around. It was one of the best cars I’ve ever driven. The only thing that would have made the last two days better was having Tony Gaples here. We missed him at the track and the garage after his eye surgery, but we’re hoping to have him back at Sonoma. Tony… this one’s for you!”