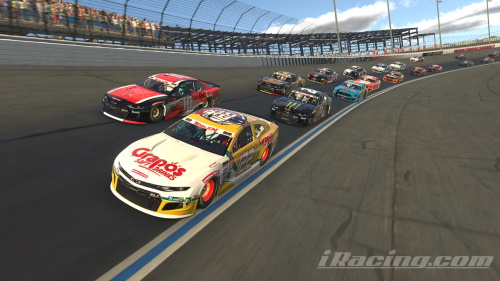 (July 13, 2020) – It’s time to crown the inaugural champion of the EuroNASCAR Esports Series and determine which NASCAR Whelen Euro Series squad will carry 40 precious Teams Championship points into the first real-life event of the season. The ENES will make its final stop on Tuesday at the virtual version of Circuit Zolder, the iconic Belgian track that hosted the last five EuroNASCAR Finals.

DF1 Racing driver Andre Castro will enter the last double-points event of the season strong of his recent dominant win at the Charlotte Roval and a 12-point advantage on 2019 NWES champion Loris Hezemans, representing Hendriks Motorsport. While the Austrian team will have the advantage of fielding the points leader their Dutch rivals will have a second arrow in their quiver thanks to German rookie Tobias Dauenhauer, who sits third in the standings, 25 points behind Castro. Both Hezemans and Dauenhauer will have to score their first ENES win if they want to turn the table upside down and grab the crown.

With double points on the line and an 8-point bonus for the most positions gained to be awarded, four other drivers are still mathematically in contention, but will need some help from Lady Luck.Two-time NWES champion Alon Day, who is fourth in points, has to fill a 51 points gap. Next up are Bryan Crauwels – the Belgian is the highest placed team member driving for Braxx Racing – and 2018 EuroNASCAR 2 champion Ulysse Delsaux. Alessandro Brigatti, sitting 84 points behind Castro, will have to win the race, earn the bonus points and get some external help from his competitors to raise the virtual trophy. 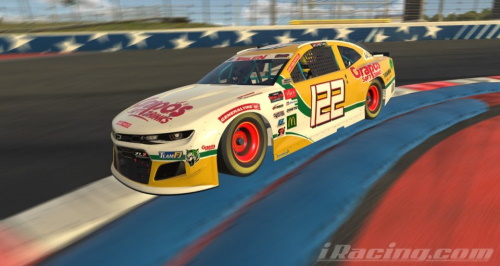 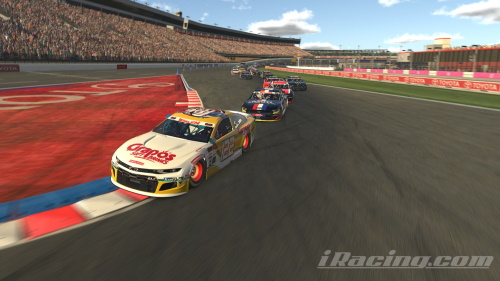 The real-life NASCAR Whelen Euro Series season will kick-off on September 12-13 at the Autodromo di Vallelunga in Italy and four NWES track partners will field a virtual car to promote their upcoming NASCAR GPs. After driving the #479 Camaro in the Prologue, Stefan Kresin will be back behind the wheel of the Hockenheimring American Fan Fest car, while NWES veteran Bert Longin will pilot the #411 Circuit Zolder Camaro. Telemetry engineer Antonio Ortiz will take the wheel of the #413 Fordzilla Circuit Ricardo Tormo car and Autodrom Most’s sales manager Jakub Krafek will make his return on the #483 Maxxmotion NASCAR Show Toyota Camry.

The Final culminating in the 30-minute double-points Main Event race that will crown the first ever ENES Champion and award 40 real-life Teams Championship points, will be streamed live on Tuesday, July 14, at 8:00 pm CEST on EuroNASCAR Youtube channel, Facebook page and Twitch profile profile of EuroNASCAR as well as on Motorsport.tv 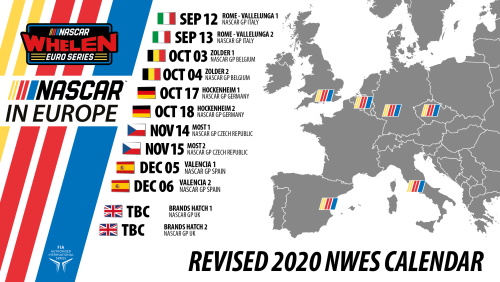