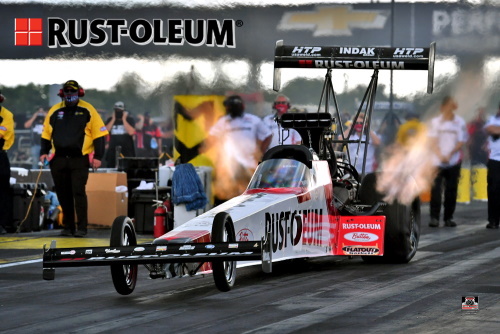 CLERMONT, Ind. (July 19, 2020) – Earlier this week, TJ Zizzo called his shot. The second-generation drag racer said he felt this weekend at Lucas Oil Raceway here was the best opportunity the Rust-Oleum Rocket crew has ever had of making the NHRA Mello Yello Series Top Fuel finals.

Zizzo turned on three win lights en route to the finals of the Lucas Oil NHRA Summernationals Sunday. Unfortunately, the race for the team’s first-ever competition Wally against rookie Justin Ashley will have to wait until Labor Day weekend. Due to scheduling issues and the fact Zizzo Racing is not competing at the third NHRA race in Indy in August, it was agreed upon by both teams to race the final round during the US Nationals.

The Chicagoland native raced his way to the finals with victories over Terry Totten, Todd Paton, and Terry McMillen with all three passes consistently in the low 3.80s. Ashley moved past Shawn Langdon, Doug Kalitta, and Leah Pritchett to earn a spot in the first guaranteed first-time winner finals in Top Fuel in 23 years. The winner of the race will become the NHRA’s 109th different class winner. Zizzo qualifed in the eighth position to start Sunday’s eliminations. 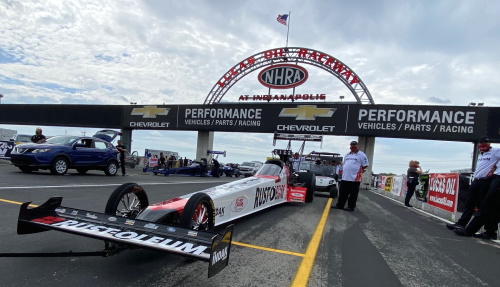 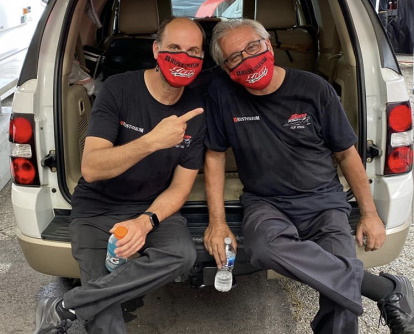 TJ and his dad and team owner, Tony Zizzo, share a moment prior to Sunday’s semifinals win over former US Nationals champion Terry McMillen.

Zizzo in the Media: TJ was the subject of numerous stories and articles this week leading up to Sunday’s history day for the Chicagoland-based NHRA Top Fuel team. Please check out the following:

T.J. Zizzo; a part time racer who is fueled by a full-time mentality by Kevin McKenna, National Dragster

NHRA Star TJ Zizzo shares what a race weekend consists of for him and his team by Dane Neal, WGN Radio

THEY ALMOST WITHDREW: TWO TOP FUEL DRIVERS WHO ARE GLAD THEY WENT TO INDY by Bobby Bennett, CompetitionPlus.com