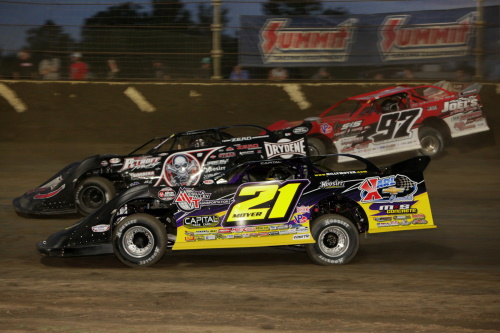 With a series of showers set to hit the area starting Saturday night, Hoosier Dirt Shootout and World of Outlaws Morton Buildings Late Model Series officials decided to move start times forward with the goal of completing the show today.

If you can’t make it, you can watch every lap LIVE on DIRTVision!