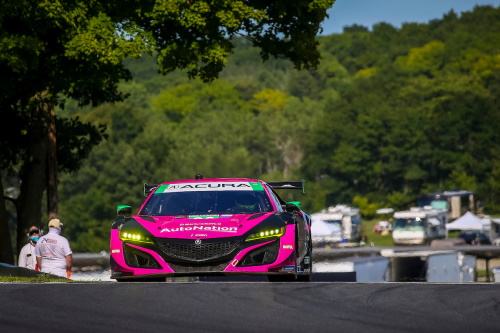 Two practice sessions preceded Saturday’s 15-minute qualifying run. Getting dialed in on Friday, McMurry and co-driver, Mario Farnbacher initially had to overcome oversteer and continued to make adjustments and improvements into practice on Saturday morning.

Having won the Road America round last year on his race to the IMSA LMP2 championship, McMurry has countless laps around the 4.048-mile Wisconsin circuit although this weekend marks his first GTD race start at the track.

Getting used to the pace that the Acura NSX GT3 provides around the natural terrain circuit, McMurry was confident ahead of qualifying. 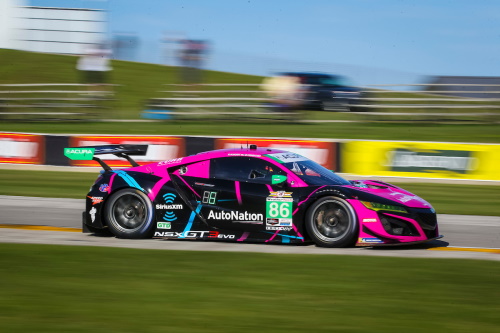 Continuing to improve his single lap pace each time out on track, McMurry hovered in the top five for the first half of the session before solidifying his qualifying time of 2:07.942-seconds to place him seventh on the grid.

“Qualifying went pretty well today, but we had pace to be further ahead than we ended up,” said McMurry. “Unfortunately I ran into traffic on what would have been my fast lap. We’re trying to strategize for tomorrow. There’s a strong chance of rain and Mario and I are both excited for that!”

The two hour and 40-minute IMSA race at Road America will be broadcast tomorrow on NBC with coverage starting at 12:00pm ET. IMSA Radio will also host live race coverage.