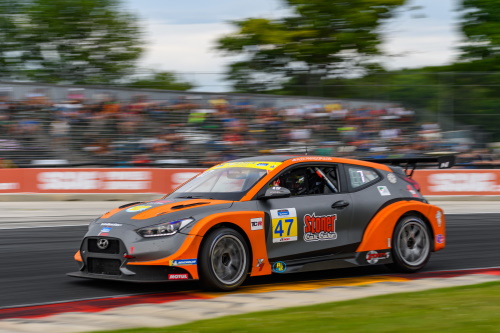 An early weekend setback put the Forty7 Motorsports crew to work after Popadopulous suffered a brake failure during practice on Friday, which sent him into the Road America wall at a high rate of speed. Popadopulous escaped without injury but unfortunately the No. 74 Hyundai did not have the same fate.

Hard at work to put together the team’s back up No. 47 Hyundai Veloster, the crew managed to get the car setup for Saturday morning qualifying which placed the Hyundai on the sixth row for the start of the race.

Popadopulous drove the first hour of the race, improving two positions before handing the car over to Waddell on lap 24. 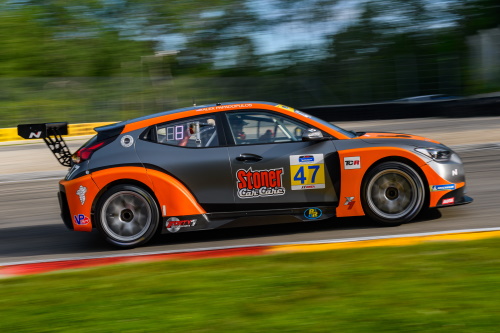 Filing back into race action in ninth, Waddell went to work laying down his fastest lap of the race on lap 26. Working to save tires through the long run in hopes of a track position-resetting caution period, the 24-year-old settled in and focused on working to close the gap to the car in front. Gaining lap by lap, Waddell moved his way around his competitors into seventh.

After 50 laps run at an unrelenting pace and without caution, the only full course yellow came on the final lap of the race. Crossing the finish line under a yellow. Waddell brought the No. 47 Stoner Car Care Hyundai home in seventh – his third top ten finish of the IMPC season.

“We had a very productive day in the No. 47 Stoner Car Care Hyundai Veloster N TCR,” said Waddell. “Alex (Popadopulous) and I work very well together which helped us perform on-track. After starting the weekend off with the incident yesterday – today’s race was focused on keeping the car in one piece and finishing the race to collect championship points. It is always a blast to have the opportunity to race the Hyundai, and to get my third consecutive IMSA top ten this season is an awesome feeling. I hope to be back in the car at VIR to keep the momentum going.”

IMSA Michelin Pilot Challenge heads to VIRginia International Raceway August 21-23rd for the Virginia Is for Racing Lovers Grand Prix – Round Four of the 2020 season. 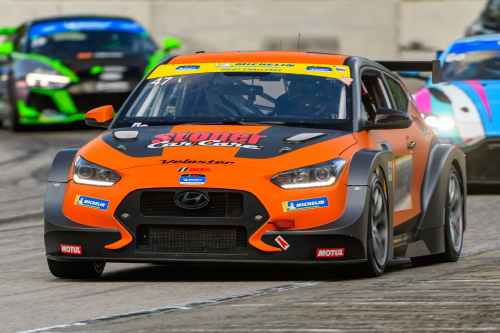