Elkhart Lake, Wisc. (August 3, 2020) – Elkhart Lake, Wisc. (2 August 2020) – A run that was gaining momentum at Road America for Heinricher Racing came to an early end on Sunday. The Heinricher Racing with Meyer Shank Racing Acura NSX GT3 was looking to capitalize on its strong pace in wet conditions after an intense rainstorm rolled through the area. Instead, the No. 57 Acura went off track and into the wall—ending the race for Alvaro Parente and Misha Goikhberg. 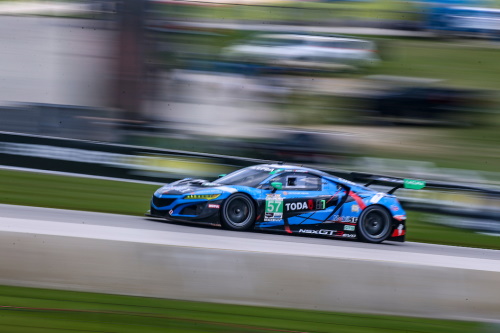 The Heinricher Racing Acura was on the fast track for the first hour and 30 minutes with Goikhberg making a strong jump at the start to advance one position on the first lap. Settling into a groove and focusing on tire management, Goikhberg maintained a strong run in seventh place before handing the car over to Parente on lap 20.

It wasn’t far into Parente’s first stint that he posted the quickest GTD lap time of the weekend at 2:08.140. He made his first pit stop of the race just before heavy rain entered the area. Parente was unable to make it back to the pits for rain tires and slid off-track into the Turn 1 wall. 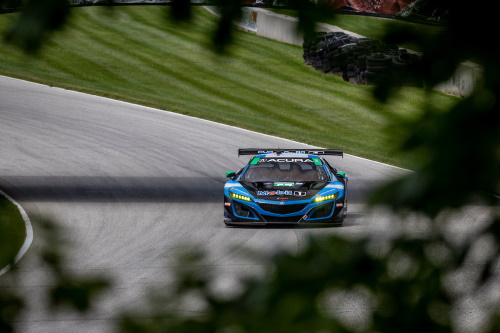 “The beginning of my stint was really strong and I was pretty much running right with our sister car the whole time,” said Parente. “But then the rain came in so fast. Turn 14 was completely dry so I didn’t think we needed rain tires just yet, but as I came into Turn 1 it was completely wet and there were massive puddles and I just lost it. I feel sorry for the guys to end the day that way, but I’m looking forward to the next one in a few weeks.” 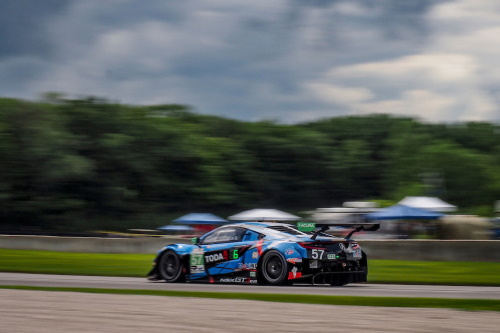 “The start of the race I felt pretty good and was able to make up a position on the start,” said Goikhberg. “The tires started to fall off a bit towards the end of my stint but I was able to hold seventh before coming into the pits. Alvaro was doing a great job during his stint, but the rain just came so fast, there wasn’t much that he could do. Hopefully we’ll have some better luck at VIR.”

The next race for the Heinricher Racing squad will be at VIRginia International Raceway on August 21-23.