Birmingham, Alabama (August 4, 2020) – And just like that, the first half of the F4 United States Championship Powered by Honda season is over. Velocity Racing Development (VRD) took home two wins and one podium finish this past weekend at Barber Motorsports Park in Birmingham, Alabama at the hands of championship point leader Hunter Yeany. Throughout the 2020 program, VRD brings their podium total to eight after the first nine rounds of the season, five of those are victories. 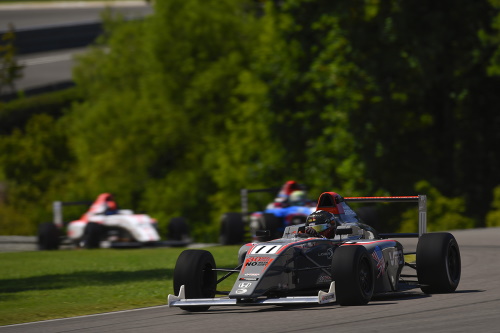 This past weekend was jam-packed and included four races of tough competition at the challenging and picturesque Barber Motorsports Park facility. Rookie driver Hunter Yeany took home wins in race one on Saturday morning and four on Sunday afternoon with a second-place podium result in race three after one of the closest finishes we will see all season finishing second by just .041 of a second. Yeany’s performance at Barber Motorsports Park catapulted him ever further ahead as top point scorer in the running for the F4 United States Championship title, a 51-point advantage. 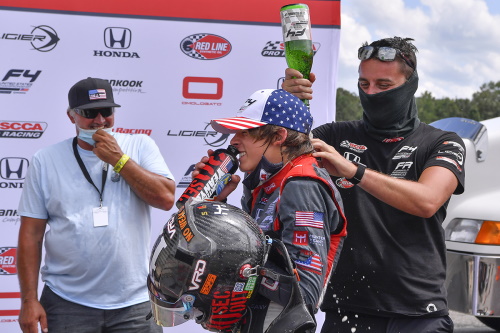 “Hunter did a fantastic job this weekend,” says Team Manager Dan Mitchell. “He’s on a steep learning curve and must improve in many areas to ensure a shot at the 2020 championship title. We are one podium shy from a perfect podium record this season and will push hard for the second half of the season to ensure that consistency continues.”

Velocity Racing Development rookie driver Kyffin Simpson achieved his best finish of the season in race four finishing just shy of the top-five in the sixth position. The VRD driver has had a tough start to the season but is showing some major progress with his most recent finish at Barber Motorsports Park.

“The weekend had a lot of ups and downs,” explained Simpson. “But I’m glad that it ended on a high note.” Simpson has travelled all the way from Barbados in the Cayman Islands to participate in this year’s F4 Championship season. 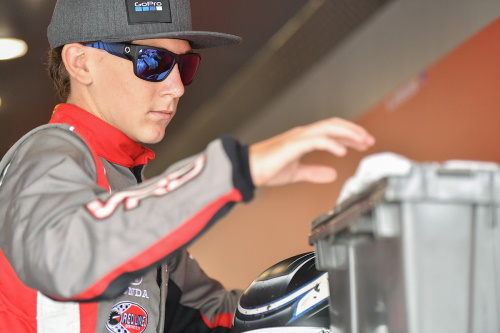 Mitchell continued, “Kyffin is improving massively and was marred by engine troubles the first day of racing but showed great promise in race three and four.”

Don’t expect to see this team taking much time off during the two-month break in between Barber and the next event slated for late September at the Sebring International Raceway. VRD aims to give their drivers as much track time as possible so it should be no surprise to see them back on track within a week or two continuing to perfect their cars and their drivers’ skillsets.

“It’s important we work on getting all of our drivers at the front to have a late surge at the team’s championship title,” says Mitchell. “Erik Evans is working hard behind the scenes and will be ready for Sebring.”

VRD driver Erik Evans was forced to sit out this past weekend but was there to show support for his team and will make his anticipated return at the Sebring International Raceway race weekend.

You can catch Velocity Racing Development at their next on track appearance September 25th through the 27th at Sebring International Raceway. Stay tuned to the VRD social media pages for photos, news, information and progress of from the VRD Academy drivers. 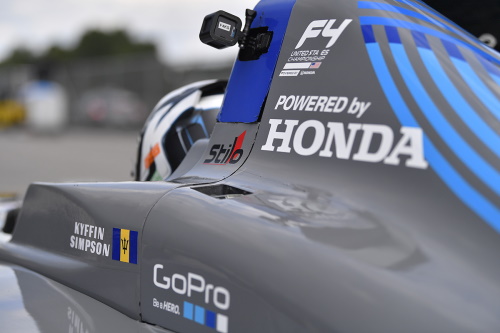