Grahovec, the 2016 TC series champion from Celina, Tex., brings his VIR-winning No. 26 Fast Track Racing/ClassicBMW.com BMW M240iR machine in search of another 40-minute sprint race victory against a superb TC field in a three-race weekend starting Friday with the TC feature scheduled for 2:15 p.m. PDT at the famed 2.52-mile, 12-turn Sonoma road circuit.

“It was a wild race at VIR last month and we had some great racing in TC in all three races,” said Grahovec, who also serves the team manager for the Fast Track Racing/Classic BMW operation. “I had to make a dramatic move on the straightaway to get by Johan Schwartz (former TC champion) and the car was really good all weekend. It was a great way to wrap up the weekend. Now, we are excited for the Sonoma event after Phil Bloom did an outstanding job in his No. 11 BMW and we add young racing star Bryson Lew in the No. 27 BMW. We have a solid three-car effort for Sonoma.”

After a four-month layoff due to the COVID-19 Coronavirus pandemic, Grahovec came back strong with a win, second, third and a pole position at the fast VIR road course. Grahovec now stands second TC America driver points, just one point out of first, while the Fast Track Racing/Classic BMW squad is also second in TC Team standings.

Bloom, the Massachusetts driver in his first season with the Fast Track Racing team, was impressive at VIR with two fourth place finishes and one sixth in the No. 11 Classic BMW.com BMW M240iR sports car for the TC America tripleheader. 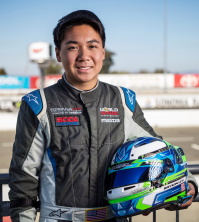 For Lew, the Campolindo High School senior from Moraga, Calif., makes his TC America debut in the No. 27 Classic BMW.com BMW M240iR after recording stellar performances in karting and open-wheel cars in recent years. Bryson is no stranger to the Sonoma Raceway facility with numerous karting victories and, last year, he competed in the French Formula 4 championship.

The teenager believes he is up for the challenge in his initial TC America competition after recently testing a GT4 sports car.

“Thanks so much to Toby and the Fast Track Racing/Classic BMW team for this opportunity in my first SRO America race,” said Lew. “I feel privileged to be part of such an amazing team. As I transition from Formula Cars to Sports Cars, I am looking forward to racing in the TC class. Sonoma is such a technical racetrack and it is perfect for the BMW M240iR sports car. I know the Sonoma track and Toby has been fast there in the past. I’m anxious to get behind the wheel and drive the ClassicBMW.com TC machine.”

All three TC America races can be viewed live at YouTube.com/GTWorld as well as at tc-america.com.

In their first event pairing up in the No. 26 TACEnergy/ClassicBMW.com BMW M4 GT4 sports car last month at VIR for Fast Track Racing, Hull, of Dallas, Tex., and Grahovec, of Celina, Tex., scored a victory and a third in main events in the GT4 SprintX Silver class events after the four-layoff due to the COVID-19 Coronavirus pandemic.

Hull, a talented youngster has been impressive in the Touring Car series, showed excellent speed in the BMW M4 GT4 machine at VIR, and both he and Grahovec expect to be in contention at the 2.52-mile, 12-turn road circuit. Toby expressed his excitement of co-driving with Chandler throughout the rest of the SRO America campaign.

“We were delighted with Chandler’s performance in his first competition with our team,” said Grahovec. “He drove fast all weekend and, without a pit lane violation on Sunday, we would have had two GT4 SprintX wins. We look forward to having Chandler with the TACEnergy/Fast Track Racing/Classic BMW team in 2020.”

The 25-year-old Texan is anxious to get back to GT4 competition after his initial run with the Fast Track Racing/ClassicBMW.com team at VIR.

“I am very much looking forward to another round of action,” said Hull. “And I’m exciting to be finishing the rest of the year of GT4 racing with Toby and the Fast Track Racing/Classic BMW squad. The VIR races showed us that we had great race pace allowing us to fight for podiums and grab a win in the Silver class. The Sonoma Raceway weekend should bring more of the same for us, and I am looking forward to more seat time in our BMW M4 GT4 car.”

The Pirelli GT4 America SprintX action begins this Thursday (Aug. 6) at 10 a.m. PDT in the first practice session. Qualifying is scheduled for 11:20 a.m. PDT on Friday (Aug. 7) with the first of three GT4 SprintX features set for 4:30 p.m. PDT.

All three Pirelli GT4 America SprintX races can be viewed live at YouTube.com/GTWorld as well as at www.gt4-america.com. 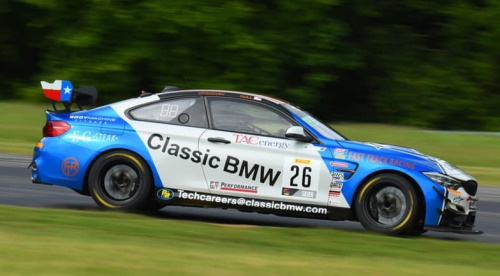