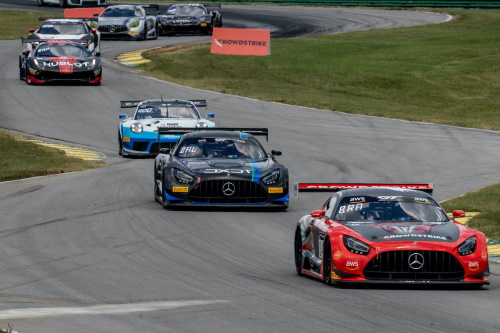 SUNNYVALE, Calif. (Aug. 4, 2020) – CrowdStrike Racing is gearing up for its biggest weekend of competition in SRO America – its home event at Sonoma Raceway just north of San Francisco. A new-look way of hosting guests in a virtual environment, exclusive online content and other special features will be part of the CrowdStrike experience from August 7–9.

All this will be available, virtually, to CrowdStrike and AWS staff, guests, supporters, fans and executive conference attendees throughout the GT World Challenge America Sonoma 2020 Powered by AWS and Sponsored by CrowdStrike. It’s the most advanced experiential program by CrowdStrike at any motorsports event since it became active in SRO America in 2017.

“This is the most unique weekend for CrowdStrike that we have ever had,” said CrowdStrike CEO and co-founder George Kurtz, who also drives for CrowdStrike Racing in the premier GT World Challenge series. “Shortly after the COVID-19 pandemic forced a break in our racing, we quickly began planning how best we can educate and entertain our clients and supporters in new and interactive ways. I think it’s safe to say that what we have planned sets a new standard in exclusive, interactive content anywhere in SRO’s global platform. We are excited and proud to be associated with this historic weekend at our home track in Sonoma.”

This all is in addition to CrowdStrike Racing coming off its biggest on-track achievement as part of GT World Challenge Powered by AWS with the No. 04 CrowdStrike/AWS/DXDT Racing Mercedes-AMG GT3: an overall victory at Virginia International Raceway for Kurtz and Colin Braun. 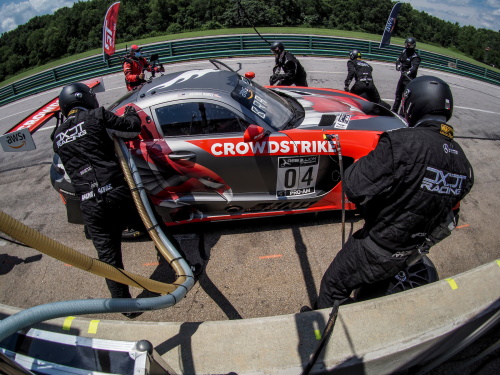 At the center of CrowdStrike’s virtual experience surrounding Sonoma is an event-specific page on the new crowdstrikeracing.com that will offer a number of opportunities for visitors to go behind the scenes of the CrowdStrike Racing and DXDT Racing operation.

The highlight of the online experience will be an exclusive live stream of both 90-minute, two-driver races: 1:45 p.m. PT on Saturday, Aug. 8, and 1:15 p.m. PT on Sunday, Aug. 9. The stream goes beyond GT World Challenge’s standard race broadcast. The CrowdStrike production will have its own special commentary with additional on-board footage of the No. 04 CrowdStrike/AWS/DXDT Racing Mercedes-AMG GT3. 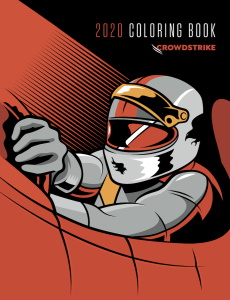 Additional online content will include a tech talk with CJ Moses and Kevin Boehm, CrowdStrike drivers in the TC America series, CrowdStrike Racing racecar walk-arounds, driver and team Q&A sessions, plus a downloadable coloring book for the youngest racing fans.

There also is business to tend to during the weekend. The latest of CrowdStrike’s CXO Summits will be a virtual offering on Friday, Aug. 7. Appropriately, discussion with CrowdStrike leadership will focus on how businesses can continue to remain secure both physically and digitally in a dynamic environment that is increasingly remote for many businesses. 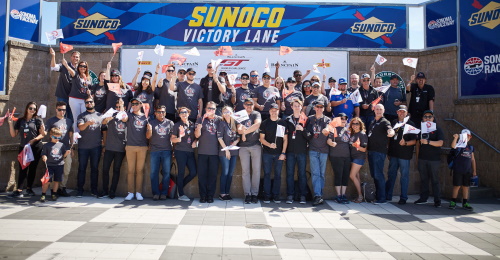 Teammates Kurtz and Braun will arrive at Sonoma with aspirations to break their tie in the GT World Challenge America Drivers Championship lead, with valuable points earned thanks to their thrilling victory at Virginia International Raceway in the most recent SRO America event.

Kurtz took the checkered flag by 0.226 seconds in a close, exciting finish. Braun had started the race second and held the position for the first 50 minutes before the No. 04 CrowdStrike Mercedes-AMG took the lead for good after the race’s mandatory pit stop for fuel, tires and driver change to Kurtz.

Proving that “Every Second Counts”, the DXDT Racing crew performed the fastest pit stop of the weekend to install Kurtz into the lead for good despite a late-race caution period that erased an 11-second lead.

“We’re all looking forward to getting back to the racetrack, especially at a place like Sonoma Raceway,” Braun said. “It’s been an amazing start to our season with George and our Mercedes-AMG Evo package. I’m confident that we are hitting our peak at the right time. It couldn’t come at a better time with all the things that CrowdStrike has planned around this weekend. There will be many eyes on us at Sonoma, and we plan to give all our fans a great show for their support. I know George and I will continue to focus on improving and executing our plan even under that extra pressure & excitement!”

Braun and Kurtz also posted second-place finishes during the season-opening weekend at Circuit of The Americas to start their championship challenge. 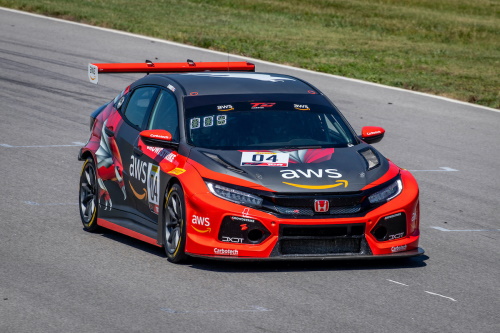 Moses and Boehm are eager to return to competition at Sonoma in TC America. Both are looking to build on the experience gained in the first two event weekends in their Honda Performance Development racecars. The Sonoma weekend will again include three TC America races – one each on Friday, Saturday and Sunday.

Moses showed promise at both Circuit of The Americas and VIR in the No. 04 CrowdStrike/AWS/DXDT HPD Civic Type R TCR on the heels of a very strong and successful SRO Winter Series.

The VIR weekend shaped up to be Moses’ best of 2020 with impressive pace early in the event. However, a series of mechanical issues prevented Moses from showing the true potential of the No. 04 HPD Type R TCR. With those issues resolved, he is confident of climbing up the class standings at Sonoma. 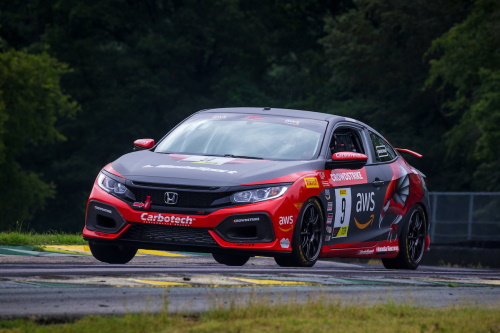 “It was good to get a taste of what the CrowdStrike/AWS HPD Type R TCR is capable of in the early-going at VIR,” Moses said. “Now as we head to Sonoma, confidence is growing. This is a very technical track that requires total focus. I’m very excited for what this event sponsored by CrowdStrike offers. It will be great for us all to race and interact with our supporters from all over.”

Boehm is coming off three consecutive fourth-place TCA finishes at VIR in his No. 9 CrowdStrike/AWS HPD Civic Si. In his first season of racing at the SRO level, Boehm has shown impressive speed and performance early with a podium finish at COTA among his highlights.

“I think we’re setting up for a good event at Sonoma,” Boehm said. “Sonoma is a track that rewards both patience and aggressiveness. I’m confident we have our issues from VIR resolved and can challenge for race wins at Sonoma. To get our first win would be a bonus with all the support from CrowdStrike and all it is putting into this event. I’m excited to be part of it.”

CrowdStrike Racing will be part of SRO America’s event weekend at Sonoma Raceway from Aug. 6-9. For more information on the series, visit the new crowdstrikeracing.com.

Read the article at CrowdStrikeRacing.com