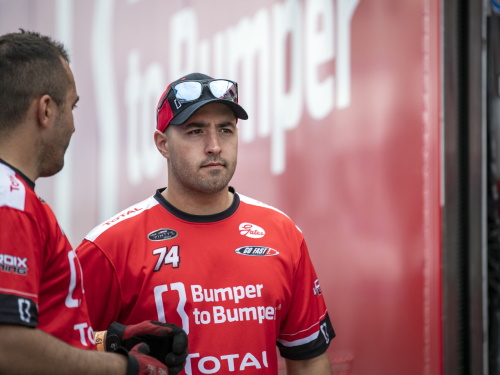 Team Bumper to Bumper was on track last weekend in preparation for the first event at Sunset Speedway on August 15. “We have a new car for oval tracks, so it was essential that we try it out before the season starts,” explained Kevin Lacroix, who will be driving his usual #74 Bumper to Bumper / Total / PFC Brakes / Lacroix Tuning car.

“Testing at the Sunset Speedway was difficult, but the other drivers on the track were also struggling, however when we went to the Flamboro Speedway, everything went very well. »

The team was also scheduled to go to the Jukasa Motor Speedway, but the plans were canceled because of the rain; “we’re going back to Jukasa before the event to try out the car! »

Although the summer seems longer with no races on the calendar, Kevin Lacroix kept busy, first in his role as President of the Bumper to Bumper / Lacroix Tuning stores on the North Shore, but also on his simulator. “I’ve done a lot of simulator since the beginning of the pandemic. I’ve ordered one for my home to make it more accessible. It helped me keep in shape for the season. »

Lacroix Motorsport also went to Circuit Mont-Tremblant for the annual Summer Classic held in July. Dany Lacroix, Kevin’s brother, drover his Formula Atlantic on Saturday and left his seat to Kevin for Sunday’s races. “It felt good to get back to my first love!” said Kevin, who competed in Formula Atlantic in 2008 when the series was in full bloom. “However, it was hard to get used to it again, but after a few laps, I got back to my old ways, so it was very pleasant. I had forgotten how strong the aerodynamics are in this car. My neck hurt for a few days! »

At Lacroix Motorsport’s shop in Saint-Eustache, Sylvain Lacroix and his team have been hard at work, as they recently made the final adjustments to their brand-new dynamometer; “we are happy to have almost everything we need under our roof to prepare the car,” explains Sylvain, team owner. “With the dynamometer now in our garage, we can work on the engine more easily. »

On the digital side, the team is proud to have launched the new kevinlacroix.com website, which is accessible today.

All races will air delayed on TSN and RDS in Canada and MAVTV in the United States. The full broadcast schedule, including start times, will be released at a later date. 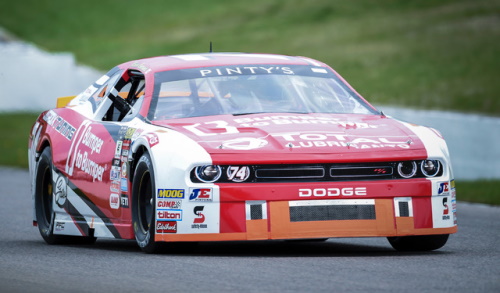 About Lacroix Motorsport:  Lacroix Motorsport is a race team created in 2015 from Sylvain Lacroix and Serge Bourdeau’s idea. They wanted to race for pleasure on road tracks in the Canadian NASCAR series. After Kevin Lacroix’s first two wins, and seeing his son’s potential, Sylvain decided to participate full-time in the series. Lacroix Motorsport is not only a team in the NASCAR Pinty’s, in fact, Dany Lacroix, Kevin’s brother, also races in the STCH Cup Formula Tour 1600 in Kent Class.

Lacroix Motorsport stems from an idea and passion.  By creating this team, world snowmobile champion, Sylvain Lacroix has made it a family affair.