BEAVER DAM, WISC. (August 5, 2020) – With the 33rd annual USA Nationals looming this weekend at Cedar Lake Speedway, “The Newport Nightmare” Jimmy Owens extended his case as one of the heavy favorites for the $50,000 title with a dominant triumph in Tuesday’s World of Outlaws Morton Buildings Late Model Series stop at Beaver Dam Raceway. 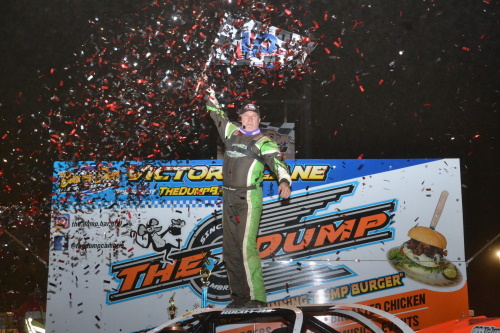 Returning to the Beaver Dam, Wisc. 3/8th-mile for the first time in 11 years, Owens and his Ramirez Motorsports crew continued their remarkable 2020 campaign with a runaway score in the midweek $10,000-to-win feature. Leading the final 39 laps after roaring by early leader Cade Dillard, the Newport, Tenn. native snagged his 19th career World of Outlaws win and his fourth win of the year in only eight starts with the series.

While “The O-Show” was the whole show out front, a multitude of storylines played out behind him. Among the many noteworthy moments on Tuesday were: National Dirt Late Model Hall of Fame Inductee Billy Moyer returning to the WoO podium for the first time in over a year; “Thriller” Cade Dillard keeping his consistency alive and jumping to third in points; Brandon Sheppard and Rocket1 Racing missing the top five for the first time in seven races; and “Black Sunshine” Scott Bloomquist coming to life with an impressive Hard Charger bid. 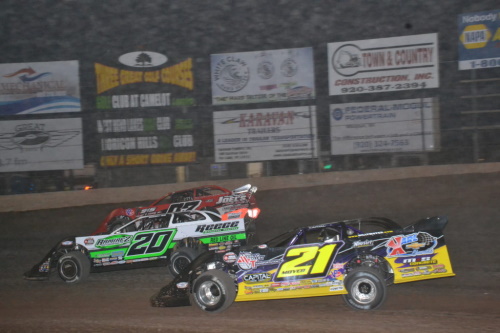 Before the veterans rose to the occasion in the 50-lap feature, one of the youngest drivers in the pits shined in qualifying. Besting the 31-car field, 20-year old Rookie of the Year leader Ashton Winger recorded his second career Fast Time Award with the World of Outlaws; clocking a lap of 13.484 seconds around Beaver Dam Raceway.

Shuffling the frontrunners in the Morton Buildings Redraw, Owens got lucky and drew the pole position with fellow Drydene Performance Products heat winner, “Thriller” Cade Dillard, to his outside. Allowing the MB Customs No. 97 to assume the early lead, it looked as if Dillard of Robeline, La. was poised for career win #3 while he controlled the opening stages and seemed mighty strong doing it.

Lap 11 hit the boards and it all changed, however, as Owens approached Dillard on the low side and quickly ripped the grasp of the top spot right away and put the Rocket Chassis No. 20 to P1 with 39 to go. From there, Owens never received another serious challenge for the win, but he did have one near night-ending moment at the halfway mark. 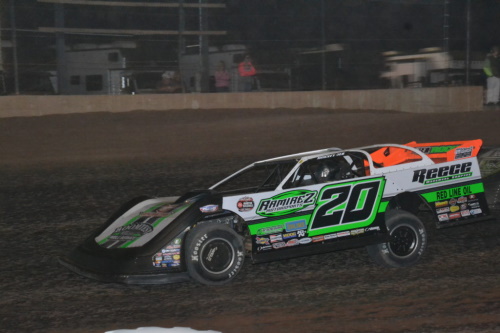 Heading into lap traffic, Owens darted to the bottom of the front stretch at the exact moment Brett Swedberg planned to pull his entry into the infield and retire for the race. Smashing the brakes and getting on the binders hard, Owens couldn’t slow it all the way down and made contact with Swedberg’s No. 3 spinning him around, but somehow kept his machine rolling with minimal damage and held on to the lead. The near disastrous moment was the only thing that could bring any question into Owens’ dominant 3.572-advantage on Tuesday night.

“This car was flawless all night long,” Owens said of his Ramirez Motorsports No. 20. “There was just enough moisture up there in turns one and two to give you some good grip, and this car would cut right back across the corner and give us so much speed. We could run the middle, bottom, just about everywhere in turns three and four, it was real maneuverable. This Ramirez, Rocket is rolling right now. We’ve got some great chemistry between this bunch of guys. We’re all working real well together. I’m excited for USA Nationals this weekend.”

Chasing Owens to the finish line, “Mr. Smooth” Billy Moyer held second for much of the 50-lapper and survived a frantic fight to the finish between he and Cade Dillard for the runner-up spot. For the Batesville, Ark. native, it marked his first podium finish since June of 2019 aboard the Karl Chevrolet, Capital Race Cars No. 21. His resurgent run comes with perfect timing as Moyer eyes a record sixth career USA Nationals championship this weekend at Cedar Lake. 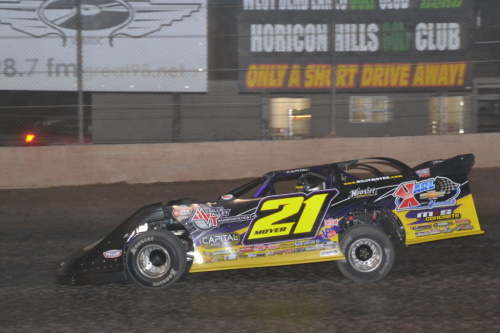 Moyer’s familiar No. 21 was back on a World of Outlaws podium for the first time in more than a year on Tuesday. (Chad Marquardt Photo)

“Man, we would’ve had an awesome race for the win back there if Jimmy wasn’t up front stinking it up,” Moyer joked on his torrid battle with Dillard. “They did a great job tonight though. This crew has been working real hard and we keep making gains night-in and night-out, we’ve just got a little more to go. We’ll take this good run though. I’m excited to move on to Cedar Lake.”

For Cade Dillard, the Robeline, La. native extended a career-best consistency streak with a third-place finish that gives him 10 top fives in the last 14 races and four podium finishes over the last five nights. His summer stretch paid dividends on Tuesday night as he finally clawed the third spot in the 2020 World of Outlaws championship standings away from Darrell Lanigan. With the second half in full swing, “Thriller” still has a sound shot at catching and overtaking Ricky Weiss for the runner-up position in the standings.

“I think it’s just all these opportunities to get out and race this much, find the seat time I need, just gain experience, doing our testing, and always trying to get better,” Dillard said of his turnaround. “I’ve watched guys like Billy Moyer and Jimmy Owens for a long time, so to be up here racing against them for wins is pretty cool in itself and such an honor for me. We’ve got a real consistent car right now, I just gotta start going the right way. 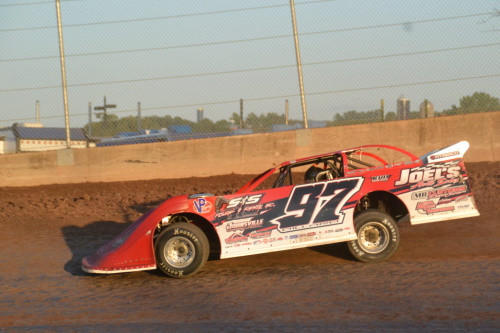 Rounding out the top five at Beaver Dam Raceway was DIRTcar Summer Nationals points leader Brian Shirley in fourth and Lucas Oil Late Models regular Kyle Bronson in fifth. Closing out the top ten was Brandon Sheppard in sixth with a rare miss of the top five, Chase Junghans with his 21st top ten of the season in seventh, Ashton Winger with a strong recovery from 17th-to-eighth, Scott Bloomquist with hard charger honors in ninth-from-19th, and Ricky Weiss in the tenth spot.

All attention for the World of Outlaws Morton Buildings Late Model Series now turns to the 33rd annual USA Nationals at Cedar Lake Speedway. Set for this Thursday-Saturday, the mega three-day event offers tons of fan experiences to go along with a massive $250,000 purse for the drivers. Tickets for the three-day show are available HERE. If you can’t make it, DIRTVision will have LIVE pay-per-view coverage of the crown jewel. 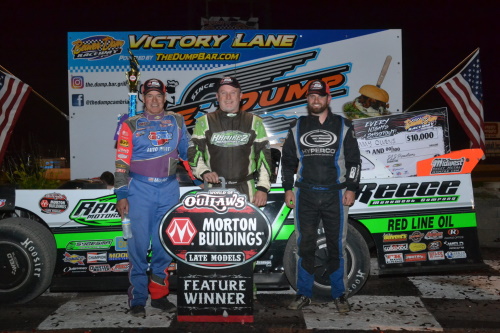