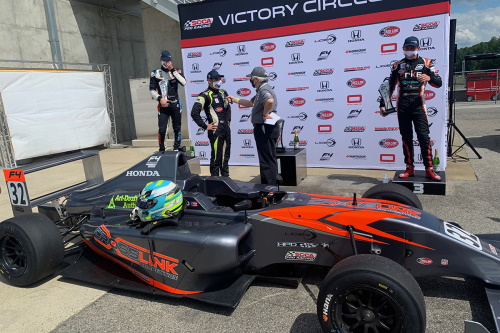 Leeds, AL (August 5, 2020) – It was a race winning weekend for Team Crosslink at Barber Motorsports Park as F4 United States Championship Powered by Honda driver Jose Blanco found his way to the top step of the podium. Taking the win during the second race of the four-race weekend, Blanco returned to the podium in race four with a second-place result to provide Team Crosslink with their first podiums in the F4 program since 2019.

“Great weekend for Jose to rebound after a disappointing result in race one to grab the win in race two,” explained Team Manager Sean Owens. “Jose was fast all weekend long but was caught with poor track position on occasion which hindered some additional results. Even though Jose was able to add a second-place result in the fourth race, his speed throughout the weekend was well inside the top-five.”

It was not the ideal start for Blanco, as a 26th place result in race one was not the way the youngster was hoping to start the weekend. Determined to make his Team Crosslink program proud, Blanco turned his second place starting result in race two to a victory as he topped the podium blocks for the first time this season. Race three on Sunday morning saw the F4 standout classified in P11 while he returned later that day to the podium with a second-place finish in race four on the weekend. 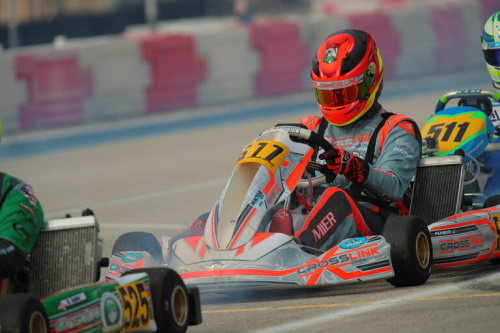 Team Crosslink is back on track this weekend for the first rounds of the 2020 SKUSA Pro Tour (Photo: Canadian Karting News)

2019 F4 Champion and 2020 FR Americas Powered by Honda frontrunner Josh Car added three top-ten results for Team Crosslink. Entering the triple header event weekend third in the overall championship point standings, Car was consistent in the first two races finishing fifth and sixth. Race three on the weekend saw Car on pace for an additional top-five finish until a late race spin relegated him down the running order. Outside the top-twelve, Car was able to get his car back under him and salvage a tenth-place result.

With a big break in the F4 and FR Americas race schedule now, Team Crosslink will return to the track this coming weekend. Taking on the Superkarts! USA (SKUSA) Pro Tour at the New Castle Motorsports Park facility in Spiceland, Indiana, Crosslink will enter a handful of drivers across several divisions as they look to continue their winning ways.