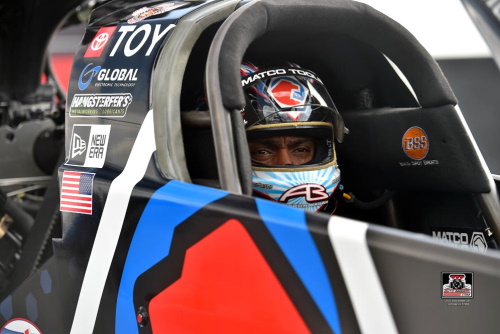 Quotable:
“It’s been great having the races in Indianapolis. Just to come back and get a chance to do what we do has been awesome. That’s all we can ask for right now. We’re grateful to be able to come back to racing. After everything that’s happened, it’s been easier on most of the teams being based here. It’s always great to be able to be with your family. And, of course, Indianapolis is the mecca of racing. To be here and see all the interest from the fans has been great. Last race, we had fans come in here from the east coast, telling us they’re here for us and showing some amazing support. That’s an incredible feeling just to know that they made the trip to see us; it’s pretty awesome.” 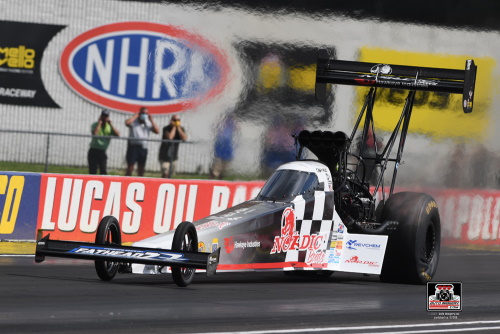 Quotable:
“We feel pretty confident that we got all of the bugs worked out of the car after our last outing, but we’re testing this week, just to make sure. I can’t tell you how much I’m looking forward to getting back out there this weekend, and I look forward to making Nordic Boats, Revchem Composites, Fatheadz, and all of our wonderful partners who have allowed us this opportunity to have another shot at it this weekend proud.” 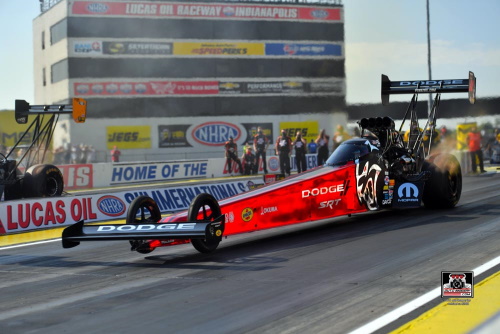 Quotable:
“I don’t care if you run at Indianapolis a hundred times a year or just once during Labor Day weekend, racing at Indy carries a certain weight and prestige. To see Dodge step up (as title sponsor) makes my heart even happier than it already is when it’s pounding hard from nitro and 11,000-horsepower. It just reinforces what a great company it is and where their values lay; with their fan base and their customers. Given the circumstances, knowing the importance it has to fans attending a race in-person or watching on TV and helping to get the series back on track, it’s great to see Dodge bring this extra level of support to the series.

On being back in the Mopar Dodge SRT Hellcat scheme:
“It’s always a highlight to be able to run a prominent Dodge banner, especially when it’s at a Dodge-sponsored event. It makes it feel like a homecoming and you want to win on your home turf. You really feel ownership and pride from the minute you arrive at the track, and especially ‘from burnout to turn out’. There is something just straight cool about rolling out with this new SRT Hellcat Redeye scheme that just epitomizes raw power.

“It’s one thing to look good and it’s another to perform well while looking that good. Those are two attributes that Dodge has cornered all of the time. I’m very happy with how we debuted the SRT Hellcat Redeye (at Indy 2) with a No. 2 qualifying spot and a semifinal finish. We’re looking to continue that momentum and take that a step further this weekend at the Dodge Indy Nationals presented by Pennzoil. This is our second shot to put this Hellcat Top Fuel dragster in the winner’s circle. It looks good in the shop, it looks good in the pit and on the track, but it won’t look any better than in the winner’s circle and that’s where our focus is at.” 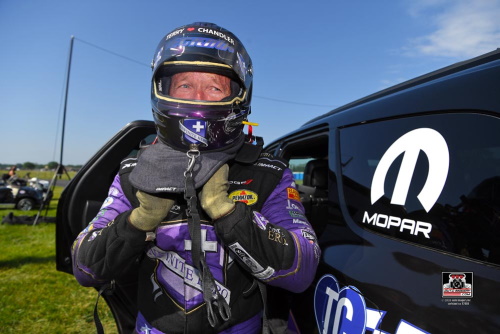 Note: Beckman advanced to the final round at Indy 2 but the event was put on hold due to inclement weather. The final round is rescheduled for the U.S. Nationals, Labor Day weekend.

Quotable:
“It’s odd, I kind of feel like a cross between Batman and Bill Murray in the movie Groundhog Day. We’re going back to Indy for the third time in a row, and it’s kind of like ‘wow I’ve seen this movie before.’ And the Batman part is, I feel like because the season and schedule has changed so many times, I’ve got my bag packed, I’ve got my airline ticket, and as soon as we get that ‘go sign,’ it’s time to head to the airport and get back out there. I’m thankful that we’re racing. I’m looking forward to being able to have more fans in the stands at this race, and I’m hopeful that not only can we bag our first Indy trophy of the year – because we’re also still in line for the final of the Indy 2 race which will take place later – but that we prove that the things we’ve just sorted out with our Infinite Hero Dodge are exactly what we needed to be back at the top of the heap.” 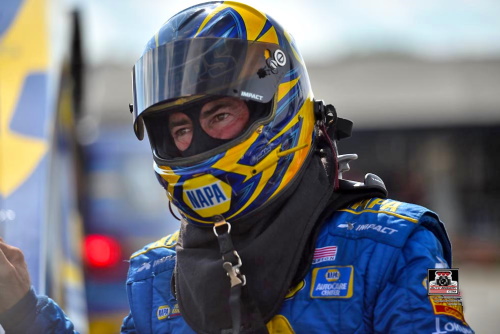 Quotable:
“This is pretty unique to go to Indianapolis three times in a row like we are. I’m so happy that Dodge and Pennzoil stepped up to sponsor the event. We didn’t quite get our season started the way we had hoped, and we lost a little bit of ground, but we have a great race car, we just haven’t been qualifying in the right spots. Our focus this weekend is to get going on the right foot and get back up into the points where we need to be. The fact that Dodge and Pennzoil, two of our big supporters, are the title rights sponsors and the fact that NHRA has so many different categories of cars scheduled to compete this weekend, it almost feels like we’re going to the U.S. Nationals. The fans that are going to come out are really going to enjoy it. I’m looking forward to getting back and having another shot at trying to win at Indy, and I know my NAPA team is equally as excited to get back out on the race track and get back to the performance that we are used to having.” 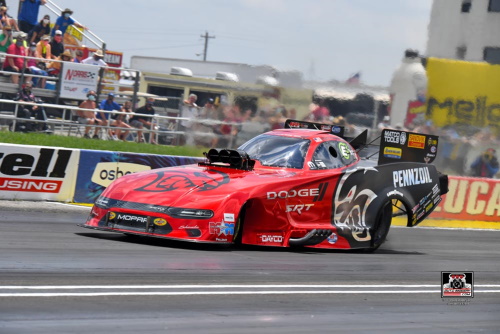 Note: Hagan advanced to the final round at Indy 2 but the event was put on hold due to inclement weather. The final round is rescheduled for the U.S. Nationals, Labor Day weekend.

Quotable:
“I just can’t say enough about Dodge stepping up and sponsoring this race. It’s pretty cool to see Dodge and Mopar show their support and really stand behind what we’re out here trying to do which is put fans in the stands and race cars on the racetrack, and it has been nothing shy of amazing what the response from the fans has been to this Hellcat Redeye paint scheme. I’ve had some incredible paint schemes and so far, this has to be one of my favorites, it’s just incredible.

“The momentum that we have with this new-look SRT Hellcat Redeye body is just amazing. We’ve been carrying the momentum since the beginning of the year from the work my guys put in over the winter and kept up through the break. We started with two No. 1 qualifiers and a semifinal appearance, then added a win and another final round appearance in the last two races back. The work that my team at DSR and Mopar has put into the preparation is really paying off right now on the racetrack.” 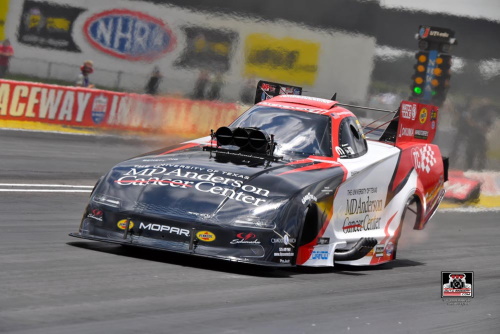 Quotable:
“I’m excited to go racing again, and it’s especially nice and convenient to be able to do so here in Indy considering I only live three miles from the race track. We had an extremely successful outing at our first two races back after the hiatus. We were runner-up at Indy 1 and went to the semifinals at Indy 2, and had it not been for a dropped cylinder both times, I think we could’ve picked up a pair of wins. When you have such a great race car like we have right now, you just want to run it as much as possible, and then on top of that, we’ve really become familiar with this track after having so many runs down it these past few weeks. (Crew chiefs) John (Collins) and Rip (Reynolds) and the guys have been working hard at the shop to figure out our issue with dropped cylinders, and if we can cure that, then all things lead to a win. It would be nice to get win No. 2 of the season and take over that points lead from our teammate. It looks like we’re pretty much going to have a three-man-race between Jack (Beckman), Matt (Hagan), and myself. I’m glad we’re in the hunt and now I just want to be at the top of it.”