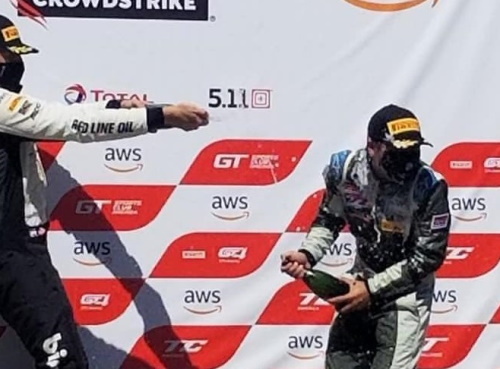 SONOMA, Calif. (Aug. 10, 2020) – Young Bryson Lew of nearby Moraga, Calif., made an impressive TC America debut this weekend at Sonoma Raceway with two podium finishes in the doubleheader Touring Car 40-minute sprint races as part of the SRO America weekend.

Lew, the outstanding karting star who recently drove the French F4 series, was excited to participate in the TC America tour for the first time as he actually didn’t know what to expect against top Touring Car stars. But the 17-year-old racer proved his talent was competitive with former and current series champions. 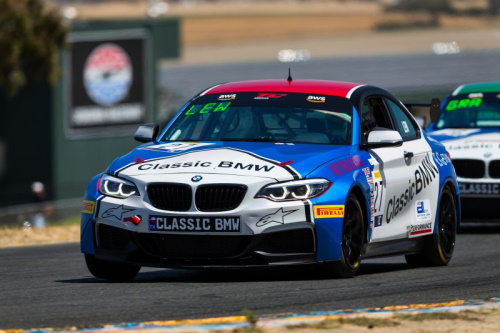 In addition, another young driver, Chandler Hull of Dallas, Tex., teamed with Grahovec in the No. 26 TACEnergy/Classic BMW BMW M4 GT4 to claim fourth, fifth and seventh in the GT4 SprintX Silver class races on Friday, Saturday and Sunday at Sonoma Raceway.
“I had such an amazing time driving the BMW M240iR for the first time,” said Lew after his two podium finishes. “I feel so fortunate to have this opportunity at such a young age. For the first half of Race 1, I planned on preserving the tires, which paid off. For Race 2 since I was more familiar with the tires, I decided I push more at the beginning to stay with the leaders.
“Thanks so much to SRO America for hosting a great race event. It was exciting to be a part of Classic BMW’s camaraderie and hard work. Thank you to Toby Grahovec and the Fast Track Racing/Classic BMW team for making this all possible.”

In the Friday TC feature, Lew trailed only Clay and Schwartz by five seconds in his first-ever TC division race, while the 2016 TC series champion Grahovec had to retire from the 22-lap main event after his BMW M240iR suffered a flat tire. 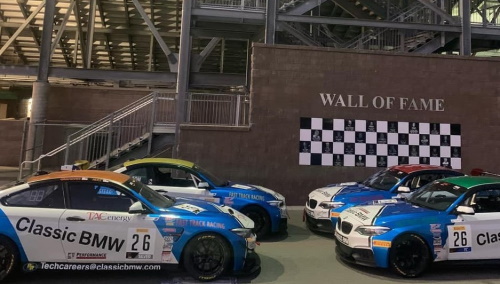 In Saturday’s TC race, both Lew and Grahovec challenged Schwartz and Clay in the 40-minute, 22-lap contest with Lew taking third at the checkered flag followed by Grahovec, a TC race winner last month at VIR, taking fourth in his No. 26 Fast Track Racing/ClassicBMW.com BMW M240iR.

“We are very pleased with Bryson’s performance in his first-ever TC races,” said Grahovec, the Fast Track Racing team manager. “For his first race in a BMW M240iR TC car, he showed outstanding skill racing against series champion at a tough track like Sonoma Raceway. We hope he can run more events with the Fast Track Racing/Classic BMW team this year. What a tremendous start in the SRO America series! 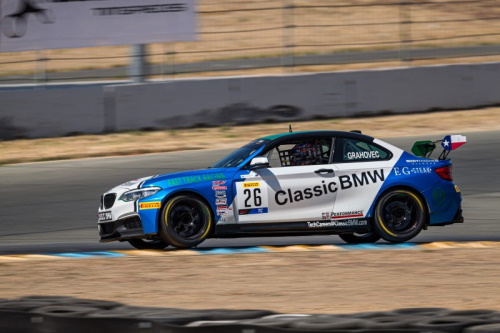 “Chandler and I had some tough competition in the GT4 SprintX races,” said Grahovec. “And a few tough breaks throughout the weekend too. But we finished up the weekend with fourth and fifth place finishes. We are learning each other’s styles as a pairing too. We’ll be ready for Road America later this month.” 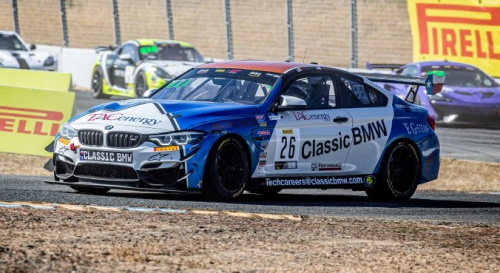