The new documentary television series will follow Heinricher, currently the only female owner of a professional race team, and her Heinricher Racing team of drivers through a season of competition. Viewers will get an up-close, inside look at what it’s like to compete as a woman in motorsports — riding along to see firsthand the challenges and successes a top-level sportscar team experiences as it competes across North America. 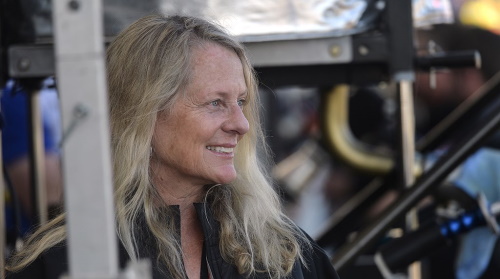 “I’m honored to be officially working on a non-fiction TV series, together with Mark Finkelpearl and Nathaniel Starck and their company Flying Scoop M&E, about my team Heinricher Racing,” Heinricher said. “We’re ready to get the engines started!”

A scientist and successful entrepreneur, Heinricher came to the racetrack later in life, but she’s made the most of her time behind the wheel. The Seattle, Washington, native began racing in 2010 and became the first woman to compete in the Lamborghini Super Trofeo North America series in 2017. She also raced in the Jim Russell F3 Series, BMW Pro5 Series, BMW Pro5 Series NW, World FIA Rally Series, Ferrari IMSA FIA and Formula 3. She founded her race team, Heinricher Racing, in 2013.

In 2019, Heinricher made history as the first woman team owner to race an all-female driving team for a full season in the IMSA WeatherTech Sportscar Championship. She remains the only female team owner on the IMSA racing grid in 2020.

“We like to call the content that we develop and produce ‘premium grit,’” said Mark Finkelpearl, partner and executive producer at Flying Scoop M&E. “When it comes to grit, there is no one more determined and focused than Jackie Heinricher and her team of racers. We are literally on the vanguard of history with this project and it’s a thrilling place to be.”

In addition to her accomplishments on the track, Heinricher is CEO of Booshoot Technology, a company she founded in her garage in 1998. Today, this successful biotechnology firm is developing unique, patent-pending technologies to shift how bamboo is grown and harvested worldwide.

Based in Washington, D.C., Flying Scoop M&E has, among other genres, a long history in producing television in the “big engine” category. The company’s current Motortrend series, Fastest Cars in the Dirty South, will premiere its second season in 2021. Flying Scoop M&E also has worked over the years with such automotive legends as Steve Strope, Will Castro, Chip Foose and the Teutul family of American Chopper.

The new Heinricher Racing reality series will begin production in the fall of 2020, with plans to air in the fourth quarter of 2021. Heinricher Racing is represented by attorney Scott E. Schwimer in Beverly Hills, ses@scottschwimer.com.