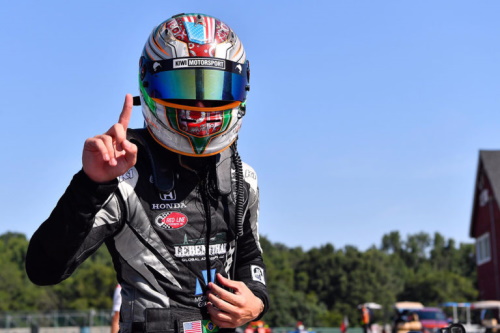 Birmingham, Alabama (August 12, 2020) – The F4 United States Championship Powered by Honda arrived at the halfway point of the season this past weekend at Barber Motorsports Park. While second year driver Dylan Tavella walked away without achieving any podium results, it was still a successful weekend for the young Crosslink/Kiwi Motorsport driver scoring points in all four races and solidifying his second-place position in the overall series point standings

In order to make up for the first race of the season, in which the entirety of the race took place under caution resulting in zero points being awarded, four separate races were scheduled over the course of the weekend. At the start of the weekend, Tavella showed speed in the first two practice sessions, finishing fourth in both. With afternoon storms rolling in on Friday, the one qualifying session of the weekend was cancelled and the grid for race one (round six) was decided based on championship points. After practice and previous event penalties were assessed, Tavella was bumped up from the second position to start on the inside of the front row for race one. After starting the race strong, Tavella went off track during the second half. He began to fall towards the back of the field but was able to work his way back up through his fellow competitors in order to salvage a fifth-place result.

For the remaining three races, Tavella gained five positions each, gaining fifteen total positions throughout the weekend. For race two (round seven), Tavella started in ninth and again worked his way up to fourth, just missing the podium by 0.705 seconds to teammate Spike Kohlbecker. Starting further back in 11th for race three (round eight), Tavella again put together strong laps in order to finish in sixth. In the fourth and final race, he started in tenth and made a final strong run to finish in fifth and achieved his fastest race lap of the weekend with a time of 1:28.709 seconds. 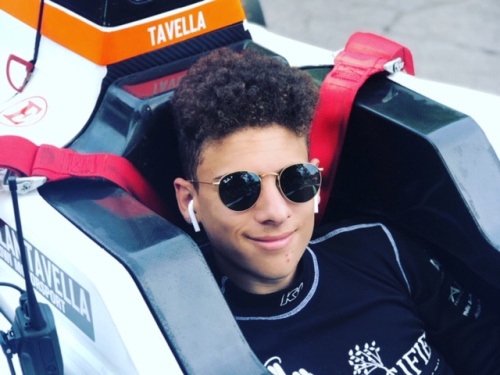 While Tavella did not finish on the podium, he was able to gain valuable championship points in each race. Earning 40 points over the course of the weekend, Tavella remains second in the F4 United States Championship Powered by Honda. With the first half of the season complete, Tavella will use the remaining eight rounds to make a run for the 2020 Formula 4 United States Powered by Honda title.

Dylan Tavella would like to thank Kiwi Motorsport, Teena, Garry, Dave, Tony, and SR1 for all of their help and hard work throughout the first half of the season. Dylan would also like to thank his marketing partners Lebenthal Global Advisors and Mordfin Group.

For more information on Ride With Dylan, please visit www.RideWithDylan.com.