Indianapolis, Ind. (August 12, 2020) – The 104th running of the Indianapolis 500 may look a little different this year with the ‘Greatest Spectacle in Racing’ held in August and without fans, but the goal still remains the same for Meyer Shank Racing and Jack Harvey.

The event marks the fourth Indianapolis 500 entry for Meyer Shank Racing and Jack Harvey with the No. 60 AutoNation / SiriusXM Honda. Although getting off to a delayed start of the 2020 INDYCAR season due to COVID-19, 2020 marks the first year of Meyer Shank Racing’s first full season INDYCAR campaign.

The final two and a half hour afternoon session allowed Harvey to dial in his Honda and make a strong run halfway through the session. First focusing on running on an empty track, Harvey had one of the quickest no-tow speeds of the session.

During the final “Happy Hour” Harvey got into the mix of pack runners and posted his fastest lap speed of the day – 223.178mph which placed him 7th in the overall order for the final practice. 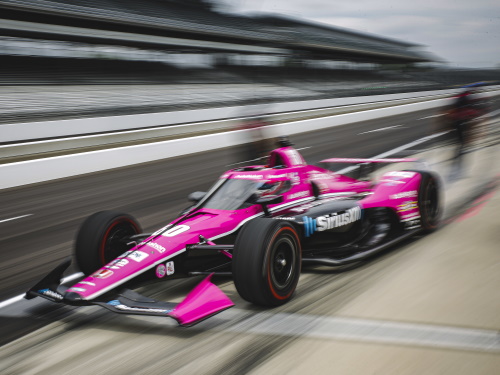 Jack Harvey, No. 60 AutoNation / SiriusXM Honda:
“It feels so great to be back here at Indianapolis Motor Speedway. Any time you are here it’s awesome. Today was a mix, there were times when I felt like we were doing OK and times when I thought we had some work to do. But that’s pretty much how a normal test day goes at IMS. I think today we found that our qualifying pace looks OK, and we will focus on stepping up our race pace over the next two days.” 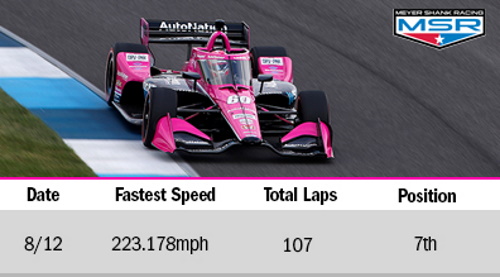