SUNNYVALE, CALIF. (August 28, 2020) – CrowdStrike is upping its commitment to military veterans with plans for long-term support of Operation Motorsport – a key program within racing that aids service members as they transition into the civilian workplace. 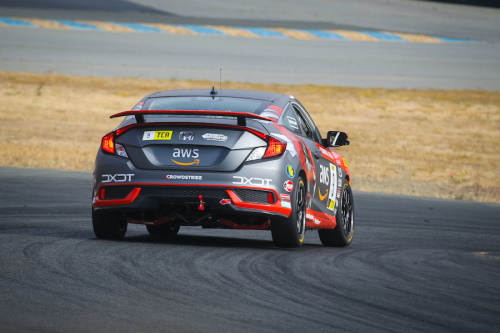 CrowdStrike is the Official Internet and Cloud Security provider for GT World Challenge and has helped organize the placement of veterans in its racing programs during the last three years.

Operation Motorsport is one of many veteran programs that CrowdStrike supports corporately. It is active in many avenues of placing veterans in employment opportunities with the aim of helping service members integrate into private workplaces.

CrowdStrike consistently enhances its strong veterans community through programs like Operation Motorsport and has developed its own global employee resource group, led by executive Shawn Henry. CrowdStrike also is a proud part of American Corporate Partners (ACP), which provides CrowdStrike mentors for service members looking to transition to the private sector. In addition, CrowdStrike is a partner with HireMilitary to provide meaningful internship experiences to service members exiting the military via the DoD SkillBridge program. 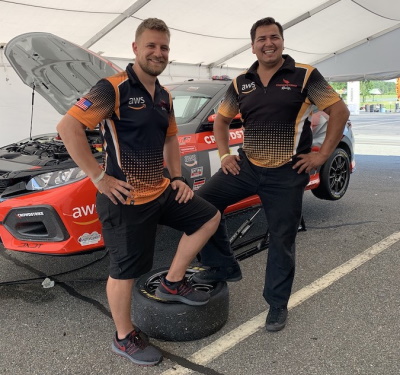 “We at CrowdStrike Racing are proud to continue being part of the Operation Motorsport program,” Boehm said. “I would be hard-pressed to find a group that is more worthy of our support. They have given so much for us, and we salute their sacrifice as we do what we can for them. It’s been a joy to work first-hand with Operation Motorsport and its group of service members, each of whom has been a tremendous help on our HPD Civic Si this year.”

Operation Motorsport beneficiaries are part of the team in the truest sense. They travel with their respective squads, are provided team clothing and gear, and are heavily integrated into all at-event activities – both on the racetrack and in the paddock.

Boehm will compete in three TCA races from Friday through Sunday at the historic Road America track in Wisconsin. As both driver and crew member for his HPD machine, he will welcome Army Staff Sgts. Failing and Babineau to help with important, hands-on race prep tasks during another busy weekend.

Staff Sgt. Failing served more than 10 years on active duty and served two combat tours. Among his deployments were in Kuwait, Iraq, Afghanistan and South Korea. This year, Staff Sgt. Failing assisted Boehm and his HPD as mechanic and team assistant at both Circuit of The Americas and Virginia International Raceway. 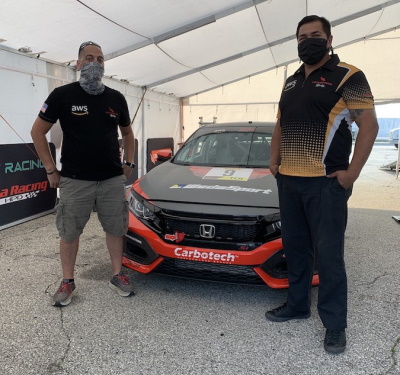 “Operation Motorsport has given me a different outlook during my transition to healing and recovery,” Staff Sgt. Failing said. “I’ve felt as if I’ve been family from day one. The process to recovery and healing may be a short road but with a family like this you’ll never be lonely on that road.”

He continued: “This has been a blessing in disguise for me. When I look back to my first day as a beneficiary, I was lost and looking for something that would remind me I wasn’t done in life. Working hand-in-hand with everyone associated with Operation Motorsport gives me hope… knowing that I have others like me I can turn to. Even when we’re away from the races, we’re there for each other.”

Staff Sgt. Babineau served in Iraq and Bahrain, plus National Guard stints in New York and North Carolina. He has participated in multiple Operation Motorsport events this race season as well, working with teams in a variety of series including a 24-hour race earlier this year.

“OpMo’s ability to integrate ill and injured soldiers, and disabled veterans into race teams for racing weekends can’t be replicated,” Staff Sgt. Babineau said. “The hardest thing about being ill, injured or transitioning to being a veteran is the loss of being a member of a team. OpMo gives that team membership back through its partnerships.

“I have pictures, memories, and in my case a checkered flag from an OpMo weekend, and I made a few new friends during a four-day race weekend,” he added. “For me, I felt truly useful and important again. I needed that more than I can explain. It has helped me be a better husband and father as a transition. I’m more motivated to work out, to go out and do things, and generally happier to be alive after the race weekend.”

They are two of the many veterans whom Operation Motorsport has helped transition into new careers following their military service. Operation Motorsport is a veteran-led and operated, not-for-profit (US 501(c)(3)) that serves American & Canadian service members and veterans, and was founded on the basis of three simple words: Excite, Engage and Empower.

“We’re so fortunate to be able to work alongside CrowdStrike Racing and Kevin Boehm this year,” said Tiffany Lodder, Executive Director of Operation Motorsport. “This team is at the right level to introduce our beneficiaries and give them a purpose and an identity. Activating in motorsports brings them back into a team environment that they lost leaving the military.”

Learn more about Operation Motorsport at their official website, https://operationmotorsport.org. Watch the live races from Road America, with commentary from CJ Moses and Kevin Boehm, at https://crowdstrikeracing.com/roadamerica.