– At the 1970 NHRA U.S. Nationals, DSR team owner Don Schumacher raced to his very first NHRA win. This weekend he will celebrate his team’s 350th victory on the 50th anniversary of his Indianapolis triumph.

– DSR is guaranteed its milestone 350th win when Jack Beckman and Matt Hagan battle it out in their Dodge Charger SRT Hellcats in the rescheduled Indy 2 final round during Q3 on Saturday; the win will mark the eighth consecutive Funny Car triumph for DSR

– Since 2006, DSR has raised over $716,000 for Riley Hospital for Children, and is conducting a series of fundraising initiatives surrounding the race weekend:

– Beckman, Hagan, and Top Fuel standout Leah Pruett will all have the unique opportunity to earn two trophies over the course of the weekend:

– Beckman and Hagan will compete for the rescheduled Indy 2 Funny Car trophy on Saturday, and the U.S. Nationals Funny Car event trophy on Sunday

– Between Top Fuel, Funny Car, and the Factory Stock Showdown Series, DSR will campaign 10 cars over the course of the race weekend and will have the opportunity to win four trophies

– As the winner of the Dodge NHRA Indy Nationals presented by Pennzoil, Ron Capps enters the weekend as the most recent Funny Car race winner

– Tony Schumacher recently announced he will return for six consecutive races in 2020, beginning with the U.S. Nationals where he will look to break into the Top Fuel top 10

– With an unprecedented 10 U.S. Nationals victories, Schumacher is the winningest driver in Lucas Oil Raceway at Indianapolis history

– Home track for Antron Brown and Johnson, who both reside in the greater Indianapolis area 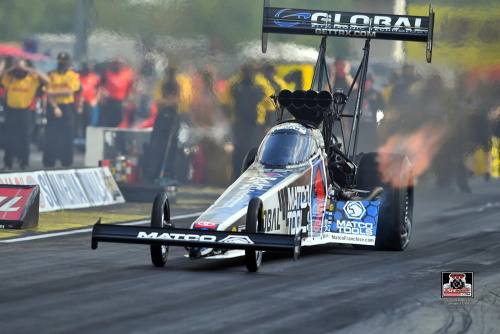 Quotable:
“2020 has been a challenging year for all of us, to say the least, but I’m very, very much looking forward to the U.S. Nationals. This race just has such great meaning. I’m looking forward to doing what we do, and seeing the fans, and promoting all of our great partners like Matco Tools, Global Electronic Technology, Hangsterfer’s, and Toyota. We’re not going to let 2020 crush us. We’re going to put our heads down and give it all we’ve got this weekend. Not just for the win, but for our partners, and for our fans who’ve stuck with us through these difficult times. It’s time to beat this resistance with a great deal of persistence.” 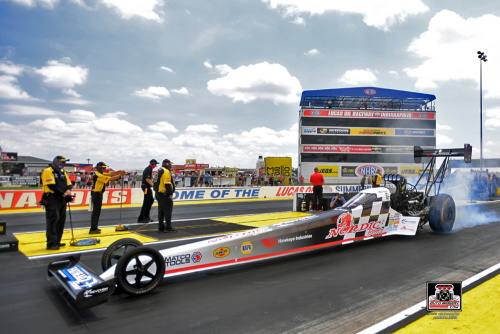 Quotable:
“I’m excited for Indy. I know we’ve been racing there for the past few weeks but this is ‘the’ Indy race, the U.S. Nationals. Whoever gets to hoist that trophy at the end of the day, that’s a big accomplishment, and that’s what I’m looking to do. We’ve had a couple of things happen that prevented us from making good runs at these past few events, but I’m excited for this weekend. (Crew chief) Todd (Okuhara) and the boys are doing a great job. They’ve totally gone over the car, and we’re ready to roll, so I’m ready to get after it and ready to see more fans as well.” 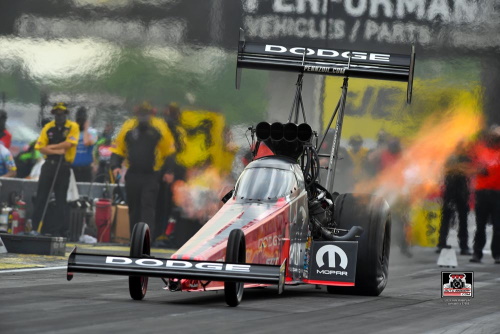 Quotable:
“It only makes sense to have our most fierce paint scheme yet make its encore appearance at the largest race of the year, the U.S. Nats. The fans have absolutely loved this Dodge Charger SRT Hellcat Redeye, both the race car and the street version, and we love giving the fans what they want, especially during these times. But what we really need right now is a win, and we have the car, the team, and the consistency for that. We know where we left room for improvement on the table at the last Indy race, and we have a solution for it. I believe that Friday night qualifying is going to set the tone for the weekend and we have a strong setup sheet for that.” 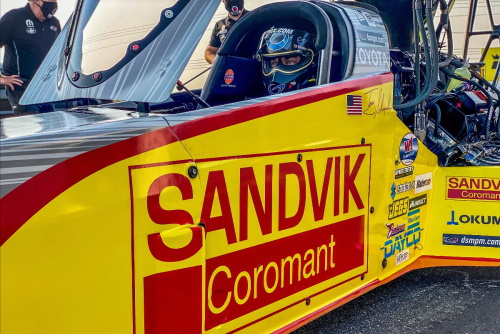 Quotable:
“Indy is the biggest race of the year. I missed it last year and that hurt. I have a great team coupled with great sponsors, and I’m very much looking forward to redemption. I’ve been fortunate to have 10 great U.S. Nationals wins, and now with Okuma and Sandvik Coromant allowing me the opportunity to go for No. 11, it all seems to be coming together. I’ve won Indy three times with (crew chief) Mike Green, so with him back him in my stable, I feel like this is setting up to be the right place at the right time. Looking at our history together, we have a great opportunity to win another, and I’d love to be able to deliver that for Sandvik and Okuma.” 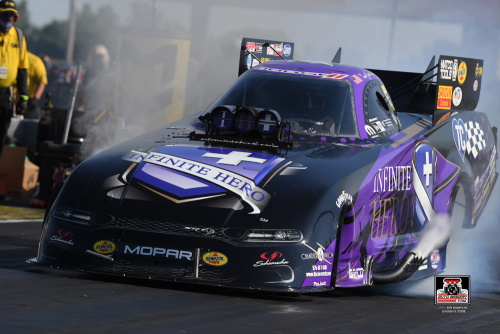 Quotable:
“Here we are going into September, and if anything, the year has just gotten even crazier. The only prediction you can make about 2020 is that everything is completely unpredictable. We’ll have a chance at a little bit of history this weekend. I’ve left Indy with two trophies on the same weekend, but that was a Traxxas Shootout and a U.S. Nationals win. We’re just going to have to take it one run at a time. We’re going to get three qualifying runs, but the last one of those is going to be for a trophy, and just because the day after will be for the U.S. Nationals trophy, doesn’t mean we should think of the first one as any less significant. The points are the same, and the size of the trophy is the same. So, our goal is to get a trophy on Saturday, and then start picking away to get another one on Sunday.” 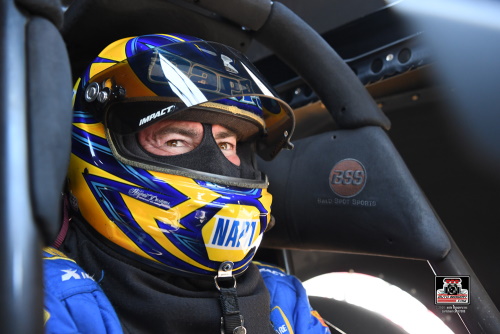 Quotable:
“It’s time for the Big Go. We talk about it every year, how big of a race it is in the world of drag racing, how prestigious it is. Our NAPA team is coming off of a great win from the Indy track a few weeks ago. The momentum certainly carries over, and confidence-wise for me as a driver, it definitely helped to get some laps in on Sunday. Our team has worked so hard throughout the downtime due to COVID to make sure we had a great race car and we were ready to go, so it was so good for them to get that win. Even though the conditions look like they’ll be a bit different this weekend, having a win at the track always helps. We’ll have one extra qualifying run this weekend which will be on Friday night, and that round could set the field. I always brag about (crew chief) Rahn Tobler having the NAPA Know How and being able to adapt, so we’re just going to do our thing and hopefully, we’ll be standing in the winner’s circle on Sunday.” 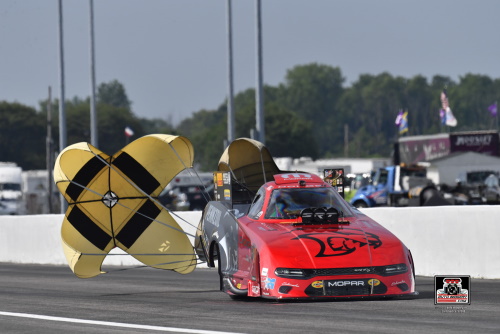 Quotable:
“This is a huge weekend for us going into this U.S. Nationals. We’ve got two races in one, so we really want to start the weekend off well. As far as points go, we need to win this race because we’re right there on (Jack) Beckman’s heels (in the points). This could be a big weekend, especially with the chance to come away with two wins in one weekend.

“We’re going to get three qualifying sessions at this event. That third qualifying run will be our final round showdown from Indy 2 when we got rained out. I’m really excited about that. (Crew chief) Dickie Venables has got a really good handle on this race track; our Dodge Charger SRT Hellcat is qualifying really well, and it’s running really well. Our Dodge SRT Hellcat Funny Car has got the Redeye look again this weekend and everybody’s excited about that. That whole combination and the excitement to get to go back racing again has me looking to forward to this. It feels like forever, these last couple weeks not being able to be in a race car. I’m so glad to get going again and I’m ready to get back after it.

“We’ve got to go in there focused. My guys are doing a great job putting together a great race car. I just need to do a great job behind the wheel and everything will be great. I’m looking forward to it. We’re going to have some fun.” 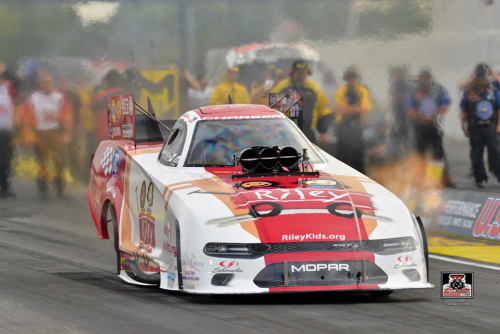 Quotable:
“I’m really looking forward to this race. The U.S. Nationals is the biggest drag race on the planet. It’ll be a little different this year since we’ve already run three races at Indy, but it will also bring back some normalcy because it’ll have that special ‘U.S. Nats’ flare. We’re back in the Riley paint scheme this weekend and that’s always really special, and we’re looking forward to raising more money for them this weekend.

“We elected not to test ahead of the U.S. Nationals this year because our car is running really, really well and we’ve had so many shots at the track already. I’m very pleased with how our car is running, and how well we’ve performed at the last couple of races here in Indy. We were No. 1 qualifier at two out of the three Indy events and were No. 2 at the other. That shows we have an excellent race car, we just need to put a good race day together. We have a runner-up and a semifinal finish here and would love nothing more than to get a victory at the U.S. Nationals. If you have a U.S. Nationals victory on your resume, that’s what everyone as a driver wants, and this will be a special year to do it.” 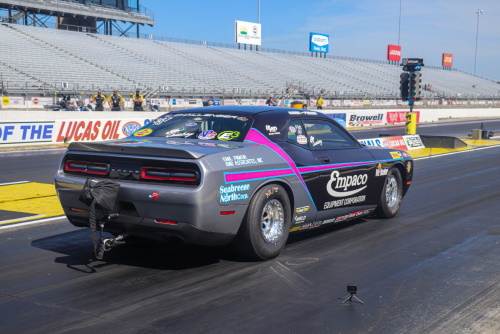 Quotable:
“I’m excited to get back behind the wheel of our Empaco Equipment Dodge Challenger Drag Pak. It will be a U.S. Nationals like no other. NHRA has worked so hard to be able to allow us to race this year given everything that’s going on in this country. We’re going to miss the annual DSR Open House for Riley Kids this year, but we’re grateful for all of the NHRA fans that are showing their support through our virtual fundraisers.

“Leah (Pruett) and I are both looking forward to being more competitive this weekend. There were some rule changes after our last Indy race, and I’d like nothing more than to get our hot rod in the winner’s circle. I’ve been to the finals at Indy twice and have never been able to bring home the Wally trophy, so it would be extra special to do it this weekend. I’d like to thank my longtime sponsors Empaco Equipment Corporation, Emil Pawuk & Associates, Seabreeze North Corporation, and of course, my great sponsors, Enerco Mr. Heater, Ohio CAT, Ohio Peterbilt, and Ohio Machinery who have stuck with me through thick and thin over the years. It’s an honor to be able to represent them at Indy and all of the races this year. Hopefully, we have several more races coming up. Stay tuned because it’s going to be a great U.S. Nationals, and I’m looking forward to a great performance by the Dodges.” 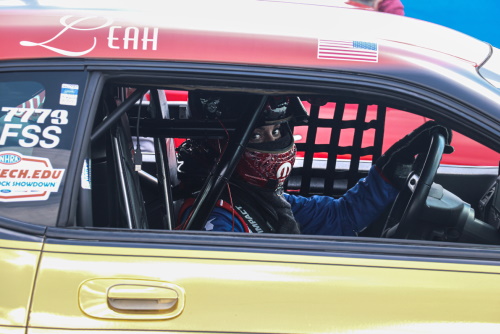 Quotable:
“My most favorite memory of the U.S. Nationals actually comes from the Factory Stock category. It’s from when I won in my Mopar Dodge Challenger Drag Pak in 2018.”