NWES 2020 SEASON
The wait is over! NASCAR GP Italy Entry List unveiled
25 cars and more than 40 drivers ready to tackle on the first 2020 battle 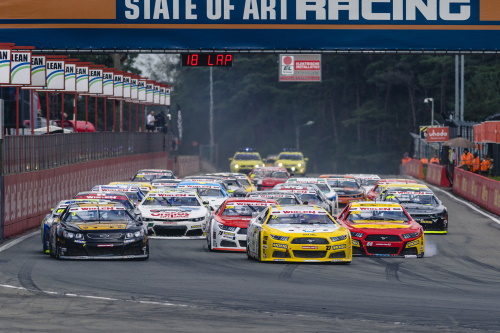 (September 5, 2020) –  The wait is finally over! Next week the green flag will wave on the 2020 NASCAR Whelen Euro Series season at the Autodromo di Vallelunga in Rome, Italy with two action-packed days of Pure Racing. After a 20-week delay due to the global COVID pandemic, 25 cars and more than 40 drivers, representing 17 different countries, are eager to hit the track in the highly anticipated first edition of the Delphix / NSR American Festival Of Rome.

EuroNASCAR PRO: a clash of Champions

Season after season, the competition level in the EuroNASCAR PRO championship keeps rising to unprecedented levels. There will be 10 different drivers on the grid who won at least one NWES race across its two championships, but the list of potential winners in Rome is even more impressive, thanks to a unique mix of world class drivers.

Loris Hezemans, the youngest NWES champion in history, will be out defending his 2019 title against plenty of ambitious competitors on his #50 Hendriks Motorsport Mustang. The list can’t but start with two-time champion Alon Day, who will race for his arch-rival Anthony Kumpen at PK Carsport on the #24 Camaro backed by Monster Energy.

Formula 1 World Champion and Indianapolis 500 winner Jacques Villeneuve will be gunning for the biggest prize in EuroNASCAR in his second full-time season. The Canadian will pilot the #5 Camaro fielded by his own Feed Vict Racing team.

Next in line will definitely be Stienes Longin and Nicolo Rocca. Second and third in points in 2019, the two will put up their best effort to finally take the first step on the championship podium driving respectively for PK Carsport and DF1 Racing. Longin broke through with his first career ENPRO win at Zolder last year, while the Rocca moved to the Austrian powerhouse to wheel the #22 Camaro.

CAAL Racing will field a trio of title contenders in 2020: former EuroNASCAR 2 Champions Gianmarco Ercoli – the Italian will debut for his new team at his home track – and Thomas Ferrando, plus NWES veteran Marc Goossens. All of them had a taste of Victory Lane in EuroNASCAR PRO in the past and will surely battle out front.

A perennial title contender, 2010 NWES champion Lucas Lasserre will be back with Mishumotors and drive the #33 Chevrolet to chase his second ring after finishing third in 2018.

Fresh off a titanic battle for the title in EuroNASCAR 2, both the 2019 champion Lasse Soerensen and the runner-up Giorgio Maggi will step up to the PRO championship. Last year they proved plenty of times they could be competitive in the top NASCAR Whelen Euro Series category, will they live up to their expectations?

The list continues, because knocking on the imaginary Victory Lane door will also be ultra-competitive drivers the likes of Patrick Lemarie – the Frenchman will make his competition return alongside Jacques Villeneuve at Feed Vict Racing – Francesco Sini, who signed a technical alliance with CAAL Racing for his #12 Solaris Motorsport Camaro and Luigi Ferrara, who will lead the #42 Racing squad in the team’s first full-season NWES campaign. Coming from BTCC, Daniel Rowbottom will join the series driving the #48 Camaro for Marko Stipp Motorsport.

Since many title contenders are aged 25 and under, the Junior Trophy classification may easily mirror the EuroNASCAR PRO standings and everybody will chase Loris Hezemans once again, as the Dutchman aims at an unprecedented third Junior title in a row. 6 drivers will fight for the Junior Trophy in 2020 – including NWES veteran Justin Kunz, who will return to DF1 Racing at the wheel of the #99 Camaro.

The Challenger Trophy, on the other hand, will have a new champion. Dario Caso starts as the favorite having won the classification for silver and bronze drivers in 2016, Mauro Trione finished third and second in the last two season and wants to climb one more step on the podium, but several others are ready to contend: Evgeny Sokolovsky, Bernardo Manfrè and Fabio Spatafora. 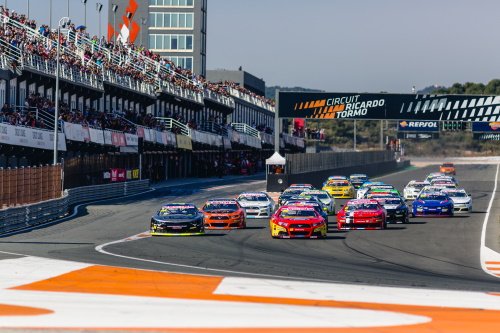 The EuroNASCAR 2 championship welcomes a bunch of promising talents from around the world who want to make themselves a name in the highly competitive European NASCAR Series. As always it’s the most unpredictable championship in EuroNASCAR, a guarantee for nail-biting races throughout the season.

A total of 13 rookies will hit the track on September 12-13 when the NWES will make its debut on the Autodromo di Vallelunga in Rome, Italy. The cards will be shuffled as experience may not matter as much as usual on a track unknown to many of the protagonists.

Two drivers start as the clear favorites, having won a race each in 2019: Nicholas Risitano, who joined Solaris Motorsport in 2020 after grabbing his maiden win at Valencia last year, and Vittorio Ghirelli, who mastered the oval at Raceway Venray. The Italian signed with Hendriks Motorsport to share the #18 car with Giorgio Maggi.

After missing the 2019 season, Guillaume Dumarey will return with clear title ambitions at PK Carsport. The Belgian finished second in points in 2017 and will want to pick up where he left in 2018, in Victory Lane.

Andre Castro moved to DF1 Racing and already won the EuroNASCAR Esports Series, earning 40 precious points in the Teams Championship standings for the Austrian squad. The American will return in the EuroNASCAR 2 championship, looking for much more than his first career NASCAR win.

Martin Doubek, who will be back in the #7 Hendriks Motorsport Ford Mustang, is one of the NWES veteran in EuroNASCAR 2 with five years of experience in the series. The Czech is still waiting for his first win, but his 63 starts and 3 podium finishes across the two NWES categories will be an important advantage.

There are plenty more drivers with NWES experience to add to the list, all with solid ambitions in 2020: Alessandro Brigatti at Feed Vict Racing, Dylan Derdaele, Arianna Casoli, who will have fierce competition in the Lady Trophy, and Massimiliano Lanza at CAAL Racing, Matthias Hauer at Speedhouse. Alex Ciompi will make his NWES return after a couple of appearances in the past seasons.

Giovanni Trione will step up from the Club Challenge after becoming the runner-up in EuroNASCAR’s regularity-based challenge in 2019. The Italian will share the #31 CAAL Racing Chevrolet with his father Mauro.

As usual for the EuroNASCAR 2 championship, rookies are many and all very talented.

PK Carsport signed Julia Landauer from the United States to drive the #11 Chevrolet Camaro. The 28-year-old has plenty of NASCAR experience as she raced in the NASCAR K&N Pro Series and the Canadian NASCAR Pinty’s Series and clearly wants to become the first female NWES champion.

Vladimiros Tziortzis, who will be the fist Cyprian race driver to drive a NWES race in the series’ history, will drive for Alex Caffi Motorsport / Race Art Technology. Feed Vict Racing will field Simon Pilate, a young a Belgian driver who impressed in the Feed Racing academy despite his little experience. Francesco Garisto will make his EuroNASCAR debut with 42 Racing, while Gasper Dernovsek will drive for Marko Stipp Motorsport. The German team will also field the #48 Camaro for former WTCR driver Kris Richard. NWES champion Loris Hezemans will share his #50 Mustang with German newcomer Tobias Dauenhauer.

DF1 Racing fields two very promising rookies on the #66 and #99 Camaro: Andreas Jochimsen from Denmark and Marcel Lenerz from Germany. Last but not least: Not Only Motorsport will make its debut as a team in the NASCAR Whelen Euro Series with Davide Dallara.

With Eric Quintal, (Mishumotors), Roberto Benedetti (The Club Motorsport), Casoli (CAAL Racing) and Hauer (Speedhouse) fighting for the Legend Trophy in 2020, there will be for sure a new champion in the special classification for drivers aged 40 and over. 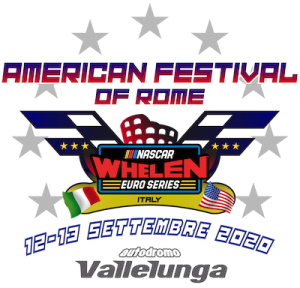