Pescara, Italy (September 7, 2020) – Nicholas Risitano will drive the #12 Camaro fielded by Solaris Motorsport in the 2020 EuroNASCAR 2 season. The Rome native driver will share the Camaro with Francesco Sini, at his third year in the EuroNASCAR PRO division. After an interesting test at the Vallelunga race track, the same circuit that will host the first round of the season on September, Risitano and Solaris Motorsport aim to be protagonist of the division dedicated to the young talents. 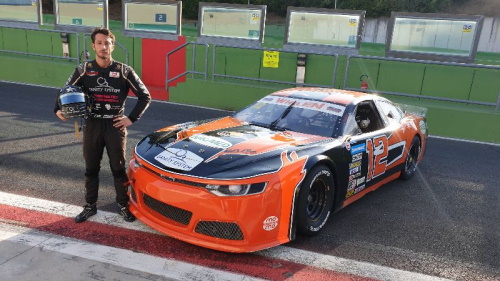 “I’m very happy to join the big family of the Solaris Motorsport, after two years in the European NASCAR I feel ready to do another step in my career and try to fight for the title. I’m confident I’m in the right team, what I felt and what I saw during the test in Vallelunga make me very positive for the upcoming season.” commented Nicholas Risitano, that scored 1 victory, 4 Top5s and 18 Top10s in 24 NASCAR races. “Vallelunga, my home track, will be the season opener and starting the season with a great result here would be fantastic. It would be great if I could dedicate it to all our fans and those who, as Sanity System, support my career, giving me the change to be here today.”

“We are very proud to have Nicholas with us in this season, he is young but he’s a very talented driver. He has shown great things in the last two seasons, he will be a goad for me an a good incitement for the team. Thanks also to the partnership with CAAL Racing, this year we want to be constantly protagonists and achieve important results since the beginning. I’m sure that Nicholas will be fundamental in this.” said Francesco Sini, EuroNASCAR PRO driver and, in collaboration with his siter Laura and his father Roberto, he also leads the Solaris Motorsport.

The 2020 NASCAR Whelen Euro Series season will kick off this weekend on the Vallelunga circuit, that will host the the european NASCAR series for the first time. 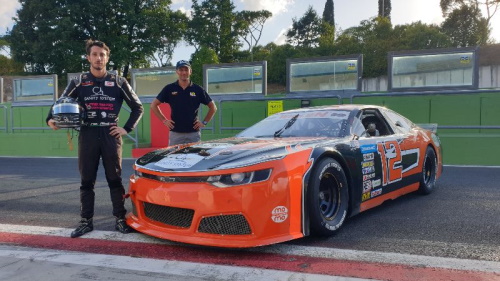 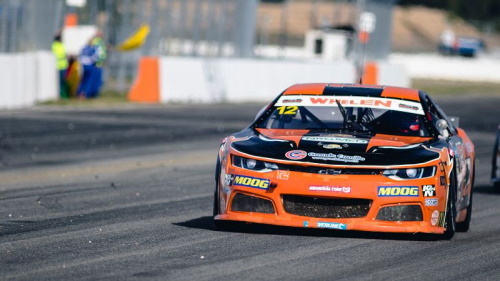