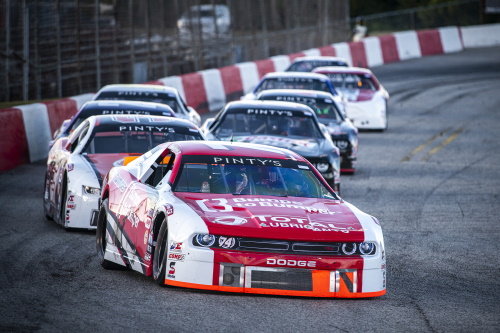 Saint-Eustache (September 9, 2020) – The NASCAR Pinty’s season finale will be held this Saturday at Jukasa Motor Speedway, an Ontario oval track. The Bumper to Bumper team is strong from a second-place finish and a victory during the last event at Flamboro Speedway two weeks ago, which earned Kevin Lacroix second place in the general standings.

The Jukasa Motor Speedway is a special track for the Saint-Eustache outfit as Lacroix had his first oval victory there in 2018. Since the reopening of this 0.625-mile track in 2017, Lacroix has never finished outside of the Top 5.

“It’s very special to go at Jukasa; a driver always remembers the first track where he won,” said Kevin. “The #74 Bumper to Bumper / Total / PFC Brakes / Lacroix Tuning car is always excellent on this track, so I have no doubt that it will be great once again for the two 125 lap races. »

The Ontario track, often referred to as Cayuga Speedway, opened in 1966 and was paved the following year. The track, now known as Jukasa Motor Speedway since 2017, has been home to many famous stock car drivers, including Dale Earnhardt, Tony Stewart, Rusty Wallace, and many more. Fans have seen several series on that oval track, including CASCAR, NASCAR Busch North Series, ACT, ARCA, and NASCAR Pinty’s Series.

With the format adopted by the series for this mini-season, drivers will have a 30-minute practice session followed by two 125-lap races; the Motomaster 125 will be at 2:30 pm while the Pinty’s 125 will be at 3:55 pm with a 30-minute break between the two races 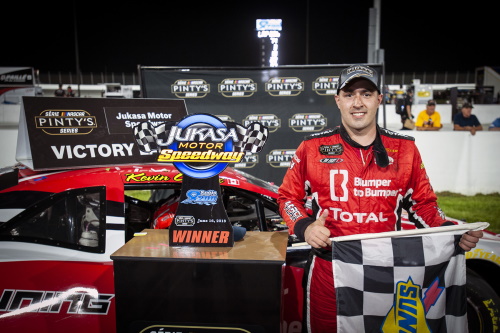